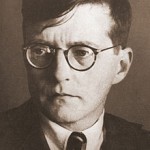 ‘Why doesn’t Henle have the famous piano trio by Shostakovich?’ or: ‘When will the seventh piano sonata by Prokofiev finally come out?’ Time and again our editorial department receives such questions about our offerings.
These questions are first of all very natural, because a publishing house specializing in the piano and chamber music of so-called classical music is expected to have in its publishing catalogue not only the outstanding works of the 17th to 19th centuries, but also those ‘modern classics’ of the century just past. 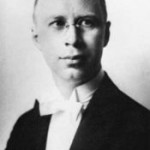 There are, however, not only important reasons for doing an Urtext edition of a work, but also some reasons for not doing it. More precisely, there are three conditions of which two are immediately obvious, namely, the sales prospects and the source situation. It goes without saying that editions must be profitable and that sources for a new critical edition must be available. A third reason is, in actual fact, still more important, but as common knowledge not so well known: Without a binding contract with the composer or his lawful heirs, the work can only be edited when it is no longer protected by copyright.

Over the years, musicians and composers having little by little won intellectual property rights with specific terms for musical works, today as a consequence of the digital presentation of protected music the issue is again being hotly discussed. If the leading thought was originally to provide survivors with a copyright term starting from the death of the author, today the (legal) heirs are also often utilising royalties from publications and performances specifically to promote the deceased’s music. Take, for example, the Swiss-based Fondation Hindemith that from the income of copyrighted works finances the Hindemith Institute in Frankfurt/Main for the purpose of preserving the Master’s estate and researching as well as preparing the Complete Edition of his works.

Various national traditions and legal concepts having pre-empted up to now a unified worldwide copyright term, durations extend from 50 years (China, Japan) to 100 years (Mexico). Up until 1996 even in Europe to some extent prevailing terms differed significantly from one country to another, for example, 70 years in Germany, Austria and Switzerland, 50 years in Great Britain, 80 years in Spain as well as 84.8 years (70 + 14.8 years as recompense for losses during two world wars) in France. Anyhow, ever since the formation of the European Union, the duration of copyright for its members has been mandatorily established at 70 years from the author’s death – a ruling which meantime many other European and non-European countries have followed. Applying in the USA since 1998 between author and business as copyright owner has been a differentiated ruling of between 70 and 95 years.

The 70-year copyright means for us that the works of Prokofiev († 1953) and Shostakovich († 1975) as well as of many other composers have to wait awhile until they are graced by the famous Henle blue cover.