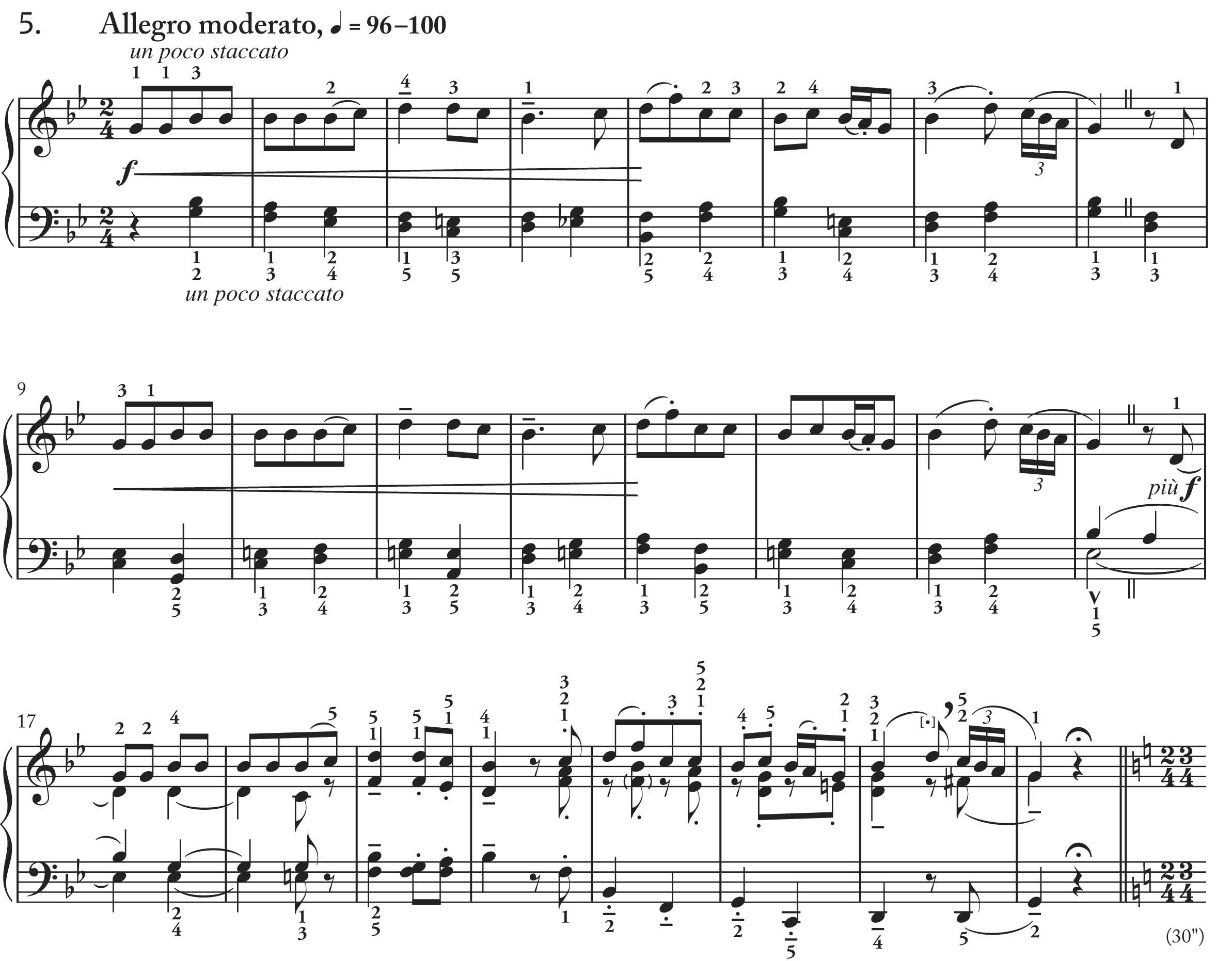 Interestingly enough, the Romanian Christmas Songs (HN 1406) provide an example of both “styles”, for here we have the special case of Bartók’s first explicitly creating a work for children’s hands (doing, accordingly, “without octave spans”) in 1918, and later publishing a revised edition with so-called “Änderungen für den Konzertvortrag” (alterations for concert performance), with some numbers growing to the point of being veritable second versions. Compare, for example, No. I/5 marked in the “instructive” and in the “concert-version” styles. 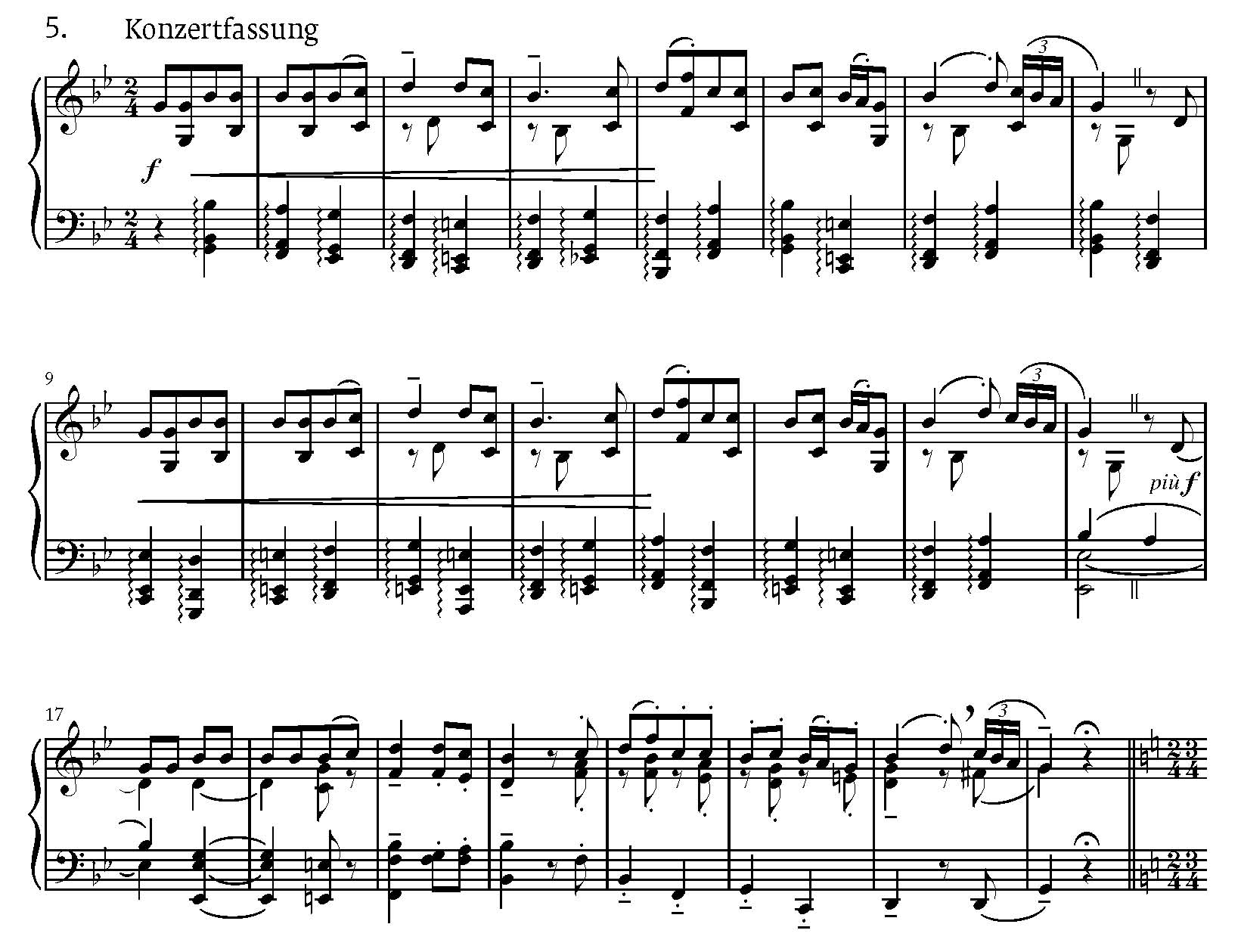 Concert version of No. 5 of the Romanian Christmas Songs

Bartók allocated a major role to the fine and most subtle nuances of accents and phrasing in the performance of his works and developed very precise ideas in terms of their notation during the course of his pianistic life, all of which must be accounted for in our Urtext editions as well as in the Complete Critical Edition. So, each volume of the Critical Edition contains a comprehensive chapter on “Notation and Performance” filling more than a page on just the question alone of “Articulation and Accents”. 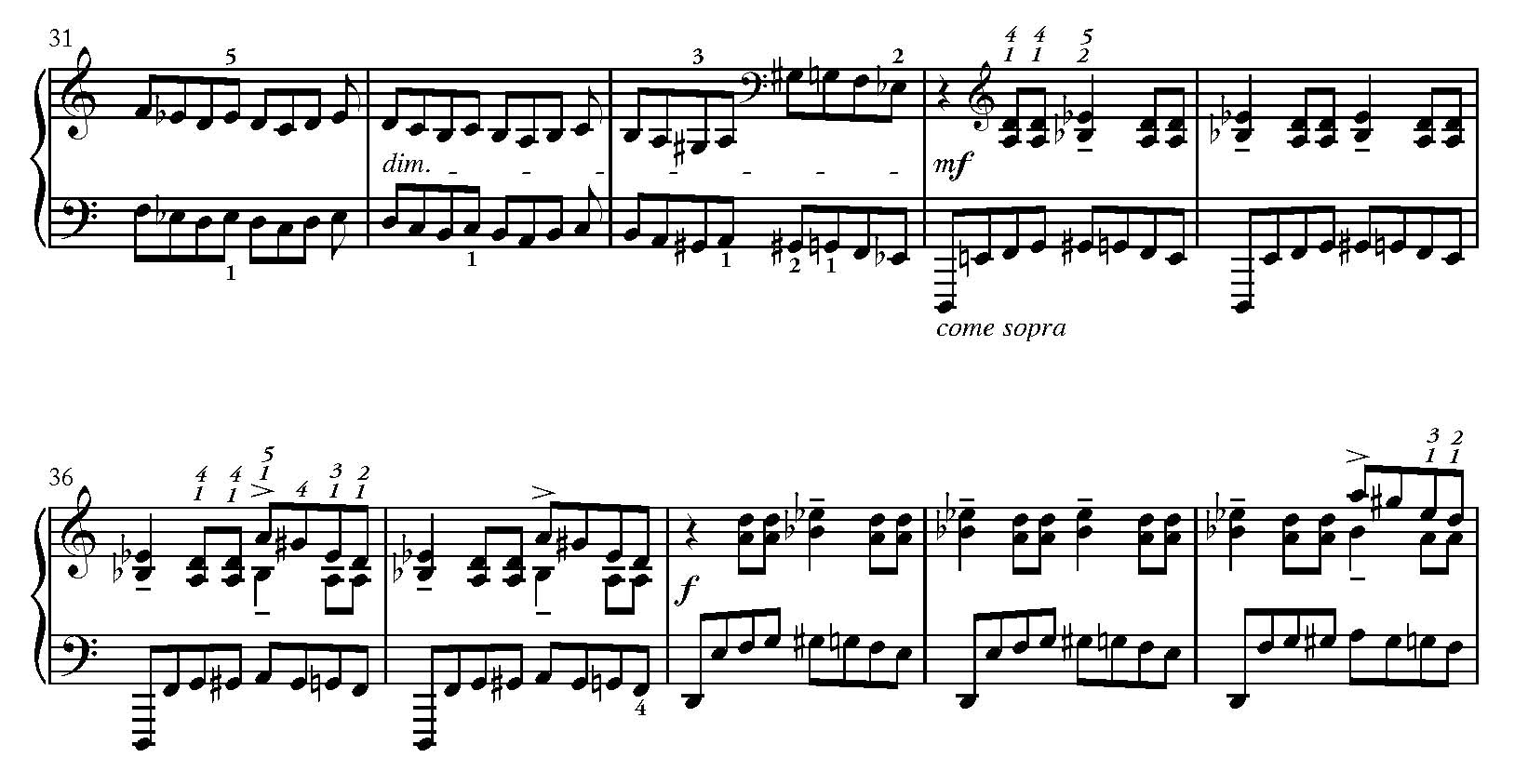 The Hungarian pianist Dénes Várjon fully agrees here: “We are very lucky that at some places we have fingerings from Bartók himself. They are extremely important. I also use his fingerings whenever we have them. For me it’s a message from him, bringing us closer to understanding his music. Besides his recordings, everything that he wrote is a most important source of inspiration for the performer.”

For Várjon, too, the marking of a work goes far beyond a purely mechanical task: “To do fingerings is always a very tricky task. First of all, because I myself sometimes use various fingerings, and as with a performance where I never feel that ‘this was the final version’, it’s the same way I feel as well about my fingerings. We also all have different types of hands, so it’s not easy to find a solution that could work for many pianists. Fingerings, though, are not only practical issues, but show a lot about the performer’s approach, how he or she musically solves a certain passage in the piece. This was for me the most important principle and point of departure.”

In the musical sense, of course, he follows the composer, because the gradation of the accentuation is also guaranteed by this “artifice”. At the same time, the fingering shows his personal access to a work that is one of the pianist’s favourites: “The Improvisations and Suite, op. 14, are my all-time favourite pieces, and I have also performed the 15 Hungarian Peasant songs many times. I just hope to have the chance of continuing this exciting work from which I have also learned so much and which helps me to see even more clearly the complexity and richness of these wonderful works.”