“While I should have devoted my greatest efforts to pleasing the connoisseurs, I nevertheless sought to please non-connoisseurs as well. For there is no audience anywhere in the entire world that consists solely of connoisseurs [...]; they would have to be very pedantic, obstinate connoisseurs who would never feel the occasional urge to enjoy something that appeals to a mixed … 更多 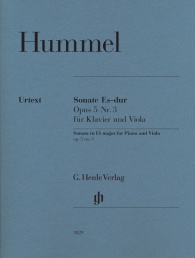