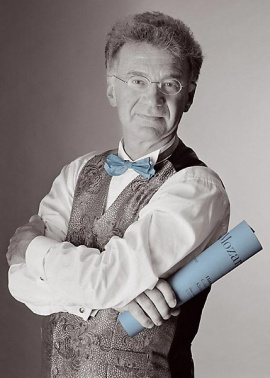 András Adorján was born in Budapest, grew up in Denmark  and has since 1974 been living in Munich. Dentist diploma in Copenhagen 1968. Flute studies with Aurèle Nicolet and Jean-Pierre Rampal. Laureat of international flute competitions and principal flutist of important european orchestras.

From 1987 professor in Cologne, since 1996 in Munich. With more than 100 recordings and as editor of a unique and extensive encyclopedia „Lexikon der Flöte“ he is today one of the most prominent flutists of his generation.