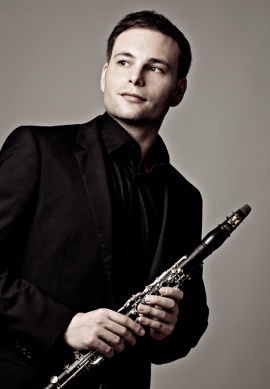 Nicolai Pfeffer took up his studies of the clarinet at the Musikhochschule Köln, Germany in the master class of Ralph Manno in 2004. Following that he was a visiting student at Indiana University (USA) in the class of Howard Klug where, among other things, he gained valuable musical incentive from the Vienna clarinet player and composer Alfred Prinz. Master classes with Sharon Kam, Karl Leister, Sabine Meyer, Alan Hacker and many more followed. Alongside his expansive artistic activities Pfeffer is enthusiastically devoted to new editions of chamber music and solo compositions for clarinet.

Numerous projects relating to music education and introduction, cinema and film music recordings. as well as TV and radio recordings for German broadcasters such as WDR Köln, Hessischer Runkdfunk and ARD round off his work as a musician. Nicolai Pfeffer teaches clarinet and clarinet didactics at the Hochschule für Musik und Tanz Köln.