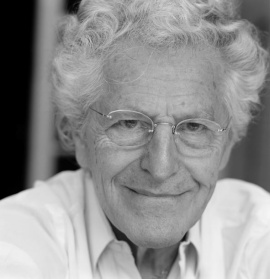 Prof. Peter-Lukas Graf was born in 1929 in Zürich. He studied the flute with André Jaunet (Zürich), Marcel Moyse and Roger Cortet (Paris). At the Conservatoire National he won first prize as a flautist and (under Eugène Bigot) the Conductor’s Diploma. He was awarded first prize at the international ARD Music Competition in Munich in 1953.

Following many years as a solo flautist in Winterthur and in the Lucerne Festival Orchestra in Switzerland, he spent a decade primarily conducting opera and symphony concerts. Since then he has appeared as a soloist, chamber musician, teacher and guest conductor all over the world and has released numerous records and CDs. Peter-Lukas Graf lives in Basel and has taught at the Basel Music Academy for over twenty years.