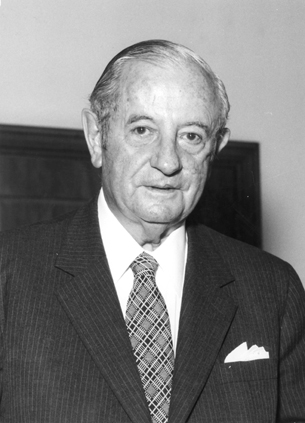 The diplomat, politician and industrial magnate Günter Henle (1899–1979) lit upon the right idea at the right time. On 20 October 1948 he founded his “publishing house for Urtext editions”. An accomplished pianist himself, he realized that there were scarcely any editions that accurately reproduced the composer’s musical text. Most editions were marred by unnecessary and often incorrect additions from later editors and arrangers. Moreover, the outward appearance of the edition often left a lot to be desired.

It was against this background that Günter Henle founded his publishing house in 1948 with the sole aim of finally reproducing the correct, that is, authentic text of great compositions. Whilst looking for a fitting term to differentiate his editions from all others, Günter Henle lit upon the word “Urtext” in isolated text-critical editions. It soon became apparent that Henle's idea of creating a modern Urtext edition was the right decision and one with far-reaching consequences. It changed the music publishing landscape forever. Today many publishers of “serious music” use the label “Urtext”. Admittedly, some also apply the term rather lightly as it is neither protected by copyright nor has its meaning been clearly laid down (for the term “Urtext” see here).

Together with a small team of specialists, Günter Henle devoted no less care to the outward appearance of his Urtext editions than to their musicological contents. Soon after founding the publishing house, the great artists of the time began to shower him with enthusiastic praise and recognition.

From the beginning, Günter Henle paid very close attention both to the visual appearance (music engraving, paper, printing, binding) of his musical editions and to the musicological-philological quality. The success of the company bearing his name has proven him right. We are committed to Günter Henle’s ideals every day.

Please note: G. Henle Publishers holds the worldwide copyright of all texts. Please use the printed editions for quotations.