Schumann was a poet at the piano, and the best known of his piano pieces bear programmatic titles such as “Träumerei” (“Reverie”), “Von fremden Ländern und Menschen” (“Of foreign lands and people”) or “Vogel als Prophet” (“The bird as prophet”). His whole oeuvre exudes a sense of poetic freedom, making him the Romantic composer par excellence. Whether in his easiest pieces for children from his Album for the Young or in the more demanding Papillons, we can hear Schumann’s own distinctive voice everywhere – a voice whose many registers can be experienced in this selection, which ranges from the easy to the moderately difficult.

Look for »Schumann At the Piano - 17 well-known original pieces«

At the Piano The series “At the Piano” is intended for all those who have some experience playing the piano and would now like to play easier original works by famous composers. Students, teachers and those returning to the piano will encounter a wealth of well-known works. Contents Each volume in the series is devoted exclusively to one composer. This is because each … more

Sylvia Hewig-Tröscher studied piano at the Hochschule für Musik in Munich under Erik Then-Bergh and Hermann Reutter, as well as under Louis Hiltbrand at the Conservatoire de Musique in Geneva. 1977 she finished the „ Classe de Virtuosité“ in Geneva with the Premier Prix avec distinction and received the Henry Broliet prize as well as being awarded the GEDOK prize. Also organ studies under Lionel Rogg finishing with the „Diplome d’Orgue“. Masterclasses with George Halmos, Klaus Schilde, Karl Seemann and Wilhelm Kempff, followed, as well as with the cembalo player Li StadelmannIn. 1977 the piano trio Orfeo was established.

Since then, as a solo pianist and chamber musician, her concert activities have led her to Germany, Switzerland, France, Italy, Austria, America, Egypt, India, Korea, and Japan. The list of recordings includes Bayerischer Rundfunk and Südwestfunk Freiburg, Baden-Baden, record and CD recordings of (among others) seldom played works of the classical and romantic periods with Musica Bavarica. Further CD recordings including modern music and first performances with Calig, Symicon, Bayer Records, Arts Magnamedia, and Sony, also co-production of the Bayreischer Rundfunk and Deutscher Musikrat.

At The Piano is an excellent series for students and teachers. Those who fancy learning a major composer’s ‘piano favourites’ will really enjoy working their way through each book. G. Henle have combined a scrupulous ‘pure’ score with plenty of valuable information, offering a fascinating glimpse into the history and style of each composer.
[Melanie Spanswick, 2018] 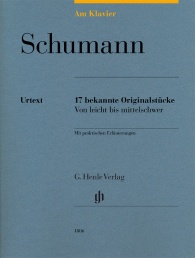 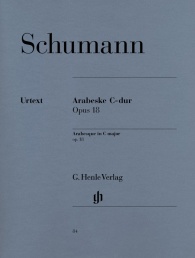 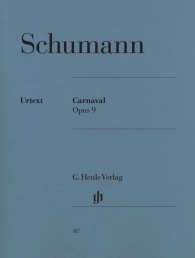 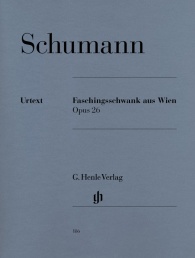 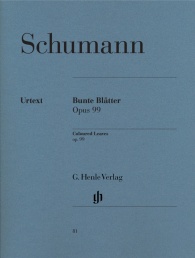 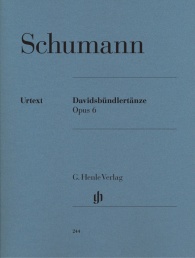