Among the many works that Richard Strauss wrote for his wife Pauline de Ahna, the Four Songs op. 27 occupy a special position, for the composer gave these “to my beloved Pauline” as a wedding present on 10 September 1894. In contrast to the earlier song cycles, this is not limited to a single poet, but rather Strauss combined here poems by Karl Henckell (Ruhe, meine Seele) and Heinrich Hart (Cäcilie) with two texts by John Henry Mackay (Heimliche Aufforderung and Morgen) into a contrasting bouquet of effusive songs. A sought-after concert singer, Pauline liked to include her husband’s songs in her programmes. She very frequently chose the impressionistic final song, Morgen, which to the present day is the best known of the over 200 songs by Strauss. Besides the first edition published in 1894, the composer’s autograph, today preserved in New York, was carefully evaluated for the Urtext edition.

Among the more than 200 songs by Richard Strauss (1864 – 1949), the Vier Lieder op. 27, written in 1894, occupy a special position: first, from a biographical point of view, as Strauss composed them for his wife as a wedding present – and it was not a coincidence that with this gift he found himself in the company of Robert Schumann, who for the same occasion ­presented … more 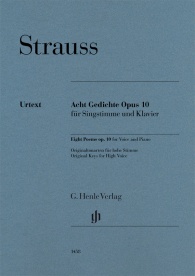 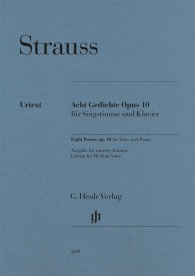 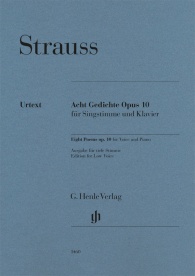 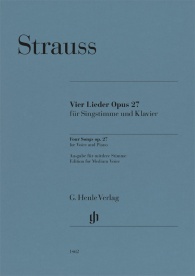 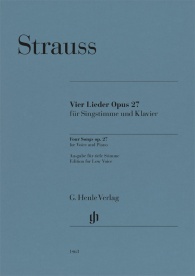 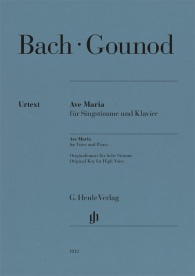