All cellists are familiar with Debussy’s sonata, which he only composed in 1915, three years before his death. Debussy had, however, already written two works for violoncello and piano in 1882, when he was only 20 years old. They largely remained hidden from the public eye because the autograph of the “Intermezzo” – the sole source for this work – was inaccessible for decades. Today, Henle Publishers are in the fortunate position of being able to present an Urtext edition of the “Intermezzo”, also including the “Scherzo” that was posthumously published in 1995. The fingerings and bowings were provided by Jeffrey Solow (violoncello) and Eckart Sellheim (piano).

During the years 1880–82, Claude Debussy (1862–1918) occasionally acted as travelling companion and house pianist to Tchaikovsky’s patroness, Nadezhda von Meck. Twice, in 1881 and 1882, he visited Russia, where he was Mme von Meck’s partner in 4-hand piano works, taught piano to her younger daughters Sonja and Ludmilla, and acted as accompanist to the singing of Julia, … more

Meticulously edited by Jeffrey Solow, cellists will be delighted to discover these unfamiliar works.
[Stringendo, 2011] 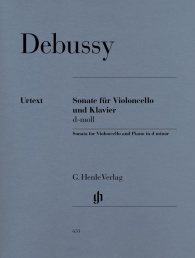 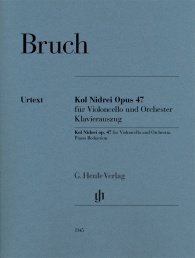