Born and raised in Rome, Muzio Clementi (1752–1832) left his native city at the age of 14 for England, where he received a thorough education in music and the liberal arts. From 1774 he began to achieve notable success as a pianist and composer in London. His ambitious Piano Sonatas op. 2, published by Welcker in London in 1779, excited particular notice on account of their … more

A composer, pianist, keyboard-instrument manufacturer, and music publisher from Italy. His volumes of piano music, foremost among them the exercises from Gradus ad Parnassum, op. 44, continue to occupy a prominent position in piano pedagogy. As a manufacturer of keyboard instruments he contributed to the further development of the pianoforte. His efforts as a publisher included helping to establish the keyboard music of Johann Sebastian Bach throughout the world, and fostered the rediscovery of other Baroque composers. He mainly composed works for keyboard instruments, as well as orchestral and chamber music.

Many teachers consider Henle Verlag publications the "gold standard" of Urtext editions, particularly for advanced repertoire. Henle has recently published an Urtext edition of Clementi's Op. 36 Sonatinas, some of the most treasured works in the intermediate piano literature. This edition has the features teachers expect from Henle, especially reliance on original manuscripts and quality engraving on thick paper. ... Teachers who regularly teach these sonatinas should consider investing in the Henle edition – if not for students, then at least as a valuable reference for their own libraries.
[American Music Teacher, 2012] 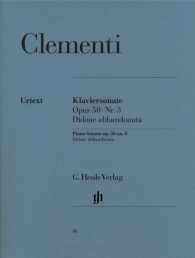 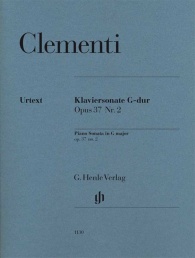 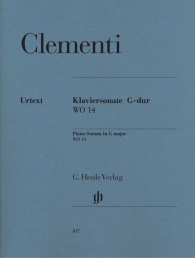 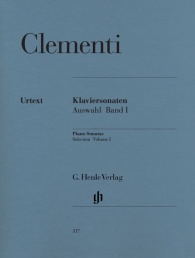 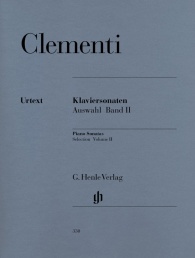