Look for »Schönberg String Quartet no. 2 op. 10 with Soprano part«

The 2nd String Quartet op. 10 of Arnold Schönberg (1874 – 1951), dating from 1907/08, is regarded today as among those works that led to a fundamental turn in the history of music. Its final movement is particularly important in this assessment, since it no longer carries a key signature and abandons major-minor tonality. What soon came to be known by the term atonality … more 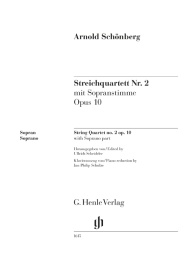 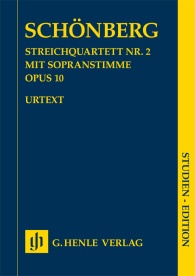