Dvořák composed this concerto at his publisher’s suggestion. He drafted it relatively swiftly in summer 1879, but completing it was a more drawn-out process that lasted until 1882. He had the famous violinist Joseph Joachim look over the violin part, and also dedicated the concerto to him. But Joachim’s suggestions resulted in numerous reworkings, and he ultimately lost interest in the work. As a result, the world premiere was given by the Czech violinist František Ondříček.
This formally unusual work begins and ends with a sonata rondo, and adopts a Slavic tone throughout. After a lyrical middle movement it closes with lively Czech dance rhythms.
This Urtext edition draws on both the autograph and on the first editions of the score, solo part and piano reduction. The solo part has been marked up by one of the concerto’s most knowledgeable exponents, world-famous violinist Augustin Hadelich.

After Antonín Dvořák (1841 – 1904) suddenly became known in Germanspeaking countries through the publication of his Moravian Duets op. 32 for women’s voices and the first series of Slavonic Dances op. 46 in 1878, numerous publishers and musicians turned to him with requests for works, preferably in the “Slavic style” that for the musical world of that time embodied a … more 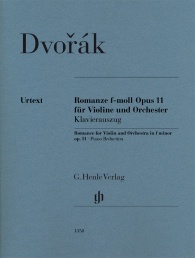 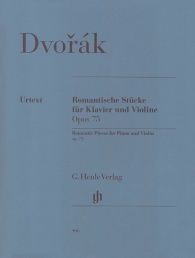 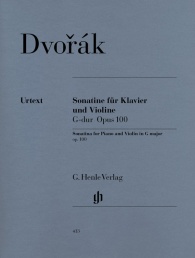