Fauré’s 2nd Violin Sonata was written in 1916 in Evian and Paris, the first in a series of chamber music works. It is thus one of Faure’s late works, characterised by austerity, introspection and the intensity of its expression. It is hard to imagine a greater contrast to the brilliant and ornamental style of the virtuosic 1st Violin Sonata (HN 980), published 40 years earlier. The 2nd Sonata concentrates on the essentials, and on closer contact turns out to be a fascinating composition that harmonically explores the limits of tonality, delving deep into the “Modernism” of the 1920s.

On 20 August 1903 Gabriel Fauré (1845 – 1924) wrote to his wife Marie from Lausanne: “I think – though without being sure of it yet – that it is a Sonata for piano and violin that is running through my head, and for which I have set down a few vague ideas. In any case, I hope that it will turn into some sort of chamber-music piece” (Gabriel Fauré. Lettres … more 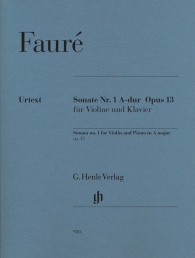 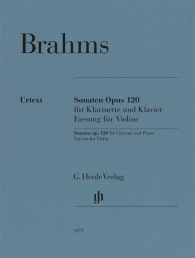