Answers from all around the world: Online survey about the publishing house comes to a very successful close 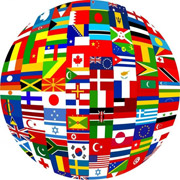 Last December our online survey about the publishing house and its tasks was completed. It lasted over two years. One of the first things we saw: An overwhelming number of people took part. This great response could be seen across all of the five languages in which the study was conducted.

Over this period, we raffled off two clothbound Urtext editions amongst the participants every month. They were autographed by either András Schiff or Frank Peter Zimmermann.

Without wishing to breach the anonymity of the winners, we can, however, reveal from which countries they come: the USA, Germany, Japan, Italy, Canada, France, Brazil, Korea, Switzerland, the UK, Bulgaria, Greece, Israel and Austria. All of the lucky winners have already been sent their prizes.

We’d like to take this opportunity to thank everyone who took part. Every single response will be invaluable for our future plans!