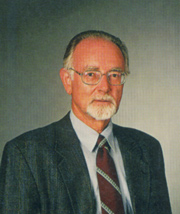 Born in Strasbourg in 1936, Dr. Bente has worked for this organization in an honorary capacity. He has, amongst other things, been its president for many years and in this capacity has championed copyright and remuneration issues on behalf of publishers and editors numerous times. Most recently he was the chairman of the Board of Trustees of the Cultural Foundation at VG Musikedition.

Dr Bente’s main occupation was first of all as CFO at G. Henle Publishers from 1969, moving on to become the CEO of the Urtext publishing house from 1979 until his retirement in 2000.

G. Henle Publishers would like to congratulate our longstanding former CEO on his appointment in recognition of his commitment to intellectual property.