In his numerous collections of small character pieces, the imaginative Max Reger gradually developed a style of his own, in the shadow of the Romantic epigones. His music is characterised by modulating harmonies with a simultaneous recourse to classical formal tropes. So it is very worthwhile to take a closer look at the “Ten Small Concert Pieces” op. 44 from 1899, which display astonishing harmonic boldness. Ten short concert pieces of moderate difficulty, with titles such as “Album Leaf”, “Burletta”, “Once upon a time”, or simply “Capriccio” form a series and introduce the pianist to Reger’s piano oeuvre. The composer’s original fingerings make this carefully edited Urtext edition especially interesting.

Max Hehemann, in his biography of Reger (Munich, 1911, p. 53), remarked that, whether we like it or not, “Reger simply happens to be complicated.” There is much to suggest that Reger was also of this opinion, and it is certainly a view that subsequent commentators have tended to share. Reger’s music is seen to be difficult, and in fact it usually does not make things easy … 続き 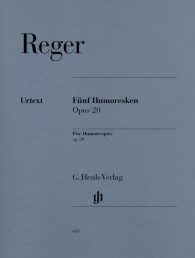 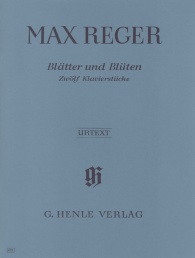 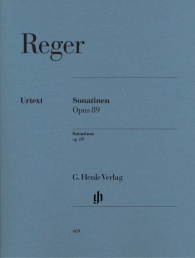 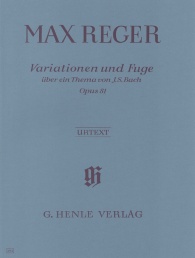