According to Schumann himself, 1849 was the most fruitful year of his compositional career. It was his final full year in Dresden, where he had lived with his IV family since December 1844. In May he had fled to nearby Maxen, and later to Kreischa, in order to avoid the heavy fighting between rebels and the troops of Saxony and Prussia. Although he and Clara followed the … 続き 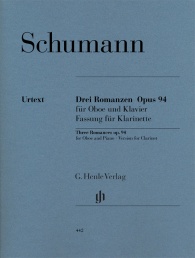