In 1898, Pablo de Sarasate (1844 – 1907) made a tour of Italy. Although he had already visited the country 15 years previously, this new concert tour was reported by the press as if it were a triumphal progress. The violinist gave concerts in Milan, Turin, Naples, Florence, Bologna and Rome, was warmly received by Queen Margherita, and met many famous people from the worlds … 続き 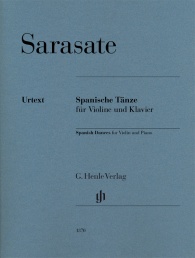