“Some of Gershwin’s finest inspirations have not as yet been either published or publicly performed. It is probable that the production of his twenty-four preludes … will award him a still higher rank in the army of contemporary composers.” In 1925, an admirer thus heralded George Gershwin’s ambitious project in Vanity Fair, namely to compose preludes in all keys as Bach and Chopin had done before. On 4 December of the following year, the composer publicly performed five of these pieces. However, the extremely busy darling of Broadway only published the famous three Preludes for Piano (1927) during his lifetime. We are now proud to present them for the first time in a state-of-the-art Urtext edition.

“On Saturday afternoon the musical smart set clustered at the Hotel Roosevelt to hear George Gershwin play his five new preludes for piano. It was the first public performance of these pieces, which are still in manuscript and which are to be joined with others as yet unwritten in a series called ‘Melting Pot.’ They proved brief and glowing little vignettes of New York … 続き

1912 Piano studies with Charles Hambitzer. The music of Berlin and Kern serves as his model.

1914–17 Employment in Tin Pan Alley as a song plugger for Jerome H. Remick and Company, publishers of popular music. Soon thereafter employed as a rehearsal pianist.

1915–21 Studies theory with Edward Kilenyi, a pupil of Mascagni.

1924 “Rhapsody in Blue” for the band of Paul Whiteman, the then-king of jazz; the musical “Lady, Be Good!”, starring Fred and Adele Astaire, and his first collaboration with his brother Ira, serves as his breakthrough as a composer for theater.

1935 Premiere of the opera “Porgy and Bess,” today his best-known stage work. 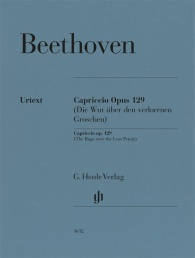