Originally planned only as a little duo for violin and piano, the composition grew into a sonata in autumn 1885. The first performances were more than disillusioning for Saint-Saëns, as the violinists came to grief with its virtuosic demands, in particular those of the finale. He told his publisher that it would be called “the hippogriffsonata”, implying that the violin part could only be played by a mystical figure. Since then the sonata has, by and large, lost its horrors and is now one of the best loved chamber music works by the French master, despite, or perhaps even because of its technical challenges. Our Urtext edition is the first to take into account all surviving sources for the work.

Right from his childhood, Camille Saint-Saëns (1835–1921) was writing works for both piano solo and for various chamber music combinations. A complete three-movement Violin Sonata in Bb major (1842) and an incomplete Violin Sonata in F major (1850) that breaks off in its second movement reveal an early interest in this genre, to which he returned only years later. In a … 続き 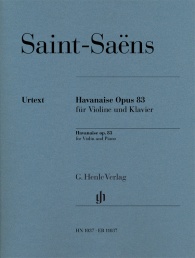 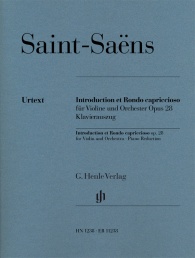 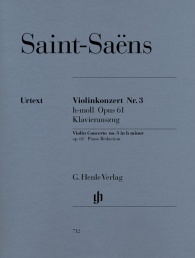