At the beginning of the 1870s, Saint-Saëns showed a particular fondness for the violoncello. He completed his first cello sonata in December 1872, immediately after finishing his first cello concerto (see HN 711). The sonata is strongly reminiscent of Beethoven, not only due to the key of c minor but also predominantly on account of its gripping dramatic art. The exceptional position of this demanding, in parts highly virtuosic sonata was quickly recognised by the public and critics and so the work soon found its way into concert repertoire. Our Urtext edition takes all surviving sources into account – for the first time ever. Pascal Rogé and David Geringas kindly provided the markings for the piano and cello parts.

Camille Saint-Saëns (1835–1921) composed several important works for violoncello around the turn of the year 1872/73: the Cello Concerto no. 1 in a minor op. 33, the Cello Sonata no. 1 in c minor op. 32 and the Allegro appassionato in b minor op. 43 for cello and piano. It is likely that he drew the inspiration for these works from his musician friends, since the works are … 続き

Here at last is the definitive urtext edition including full explanations of all the complexities which occurred during the gestation of this work. Henle has done us proud with this magnificent edition. [ESTA Arco, 2013] 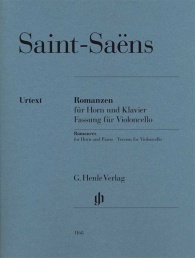 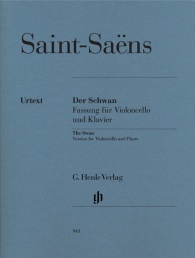 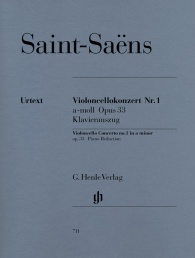 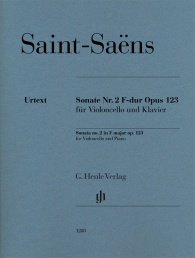