Haydn’s Piano Sonatas have been available in Henle Urtext editions since the 1960s and have now been supplied with revised texts that reflect the latest scholarly research. In addition, 55 internationally recognised pianists each agreed to adopt one of the piano sonatas, furnishing it with their own fingerings: a “who’s who” of the contemporary piano world!

Joseph Haydn | Trio (a minor) from the Piano Sonata in A major Hob. XVI:12
Syncopation and chromaticism

Haydn’s early piano sonatas provide an incredible wealth of opportunities to practise the basics of piano technique. Piano pupils who already have more experience will be able to hone their sight-reading with these all-in-all very easy pieces.

This short, melancholy piece particularly lends itself to improving accuracy regarding the white and black keys in the left hand – culminating in the ability to strike the right keys “blindfolded”. With this movement one can understand the compositional technique of the sequence as well as the chromatic descending “lamento” bass. And what’s more, by adding the right hand the rhythmic merging of the persistent syncopation in the right hand with the middle part in the left hand can be practised.

Joseph Haydn | Finale of the Piano Sonata in Eb major Hob. XVI:45
Descending thirds, spread out over both hands

In the Scarlatti-like finale of the Sonata in Eb major there is a short passage that is notated as follows (measures 28-29):

For practice purposes your students should continue this line of short notes in thirds all the way down the scale. They can also give this fun ping-pong effect between the hands a try in other keys, for instance in D major, E major or F major. The left hand should always begin on the root of the key, then proceeding downwards through the scale. This exercise is a fantastic way to consolidate understanding of scales in all keys, as well as to feel the double-escapement action of the piano hammer. And for those who succeed in doing this straight off in Gb major or Db major, it is a sign that they are already very familiar with the keys. Particularly “sporty” students might like to attempt to play this ping-pong-like figure over several descending octaves and at an appropriate pace. 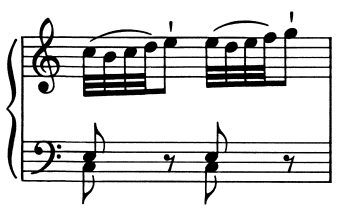 We would probably spontaneously begin playing this simple figure using the 2nd or 3rd finger and then continue with the neighbouring finger in each case:
2-1-2-3-4 or 3-2-3-4-5. 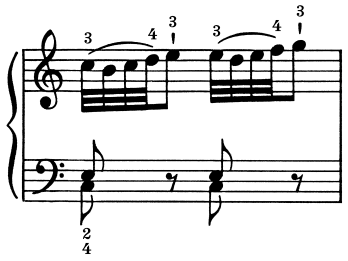 as well as in the selection

55 internationally recognised pianists each agreed to adopt one of the piano sonatas, furnishing it with their own fingerings: a “who’s who” of the contemporary piano world! Check-out who is standing with us for this new edition:

What the pianists say about ...

“Enjoy this edition! I’m sure that it will become a real classic and it’s wonderful that you have 55 different outlooks on how to finger a Haydn sonata.”

“A new edition such as this with the best possible musical text is long overdue – we are in desperate need of this.”

“Haydn's music represents a world of its own which we have to enter in order to appreciate and love its distinct charm and wisdom.”

“A great idea from the Henle edition to honor Haydn with 55 pianists and their fingerings!”

“I think this new edition will be a great chance for us to get to know the other sonatas and to explore the joyful and different music making of Haydn.”

There are many stories to be discovered behind Haydn's piano sonatas. We took a closer look at three of them for you: 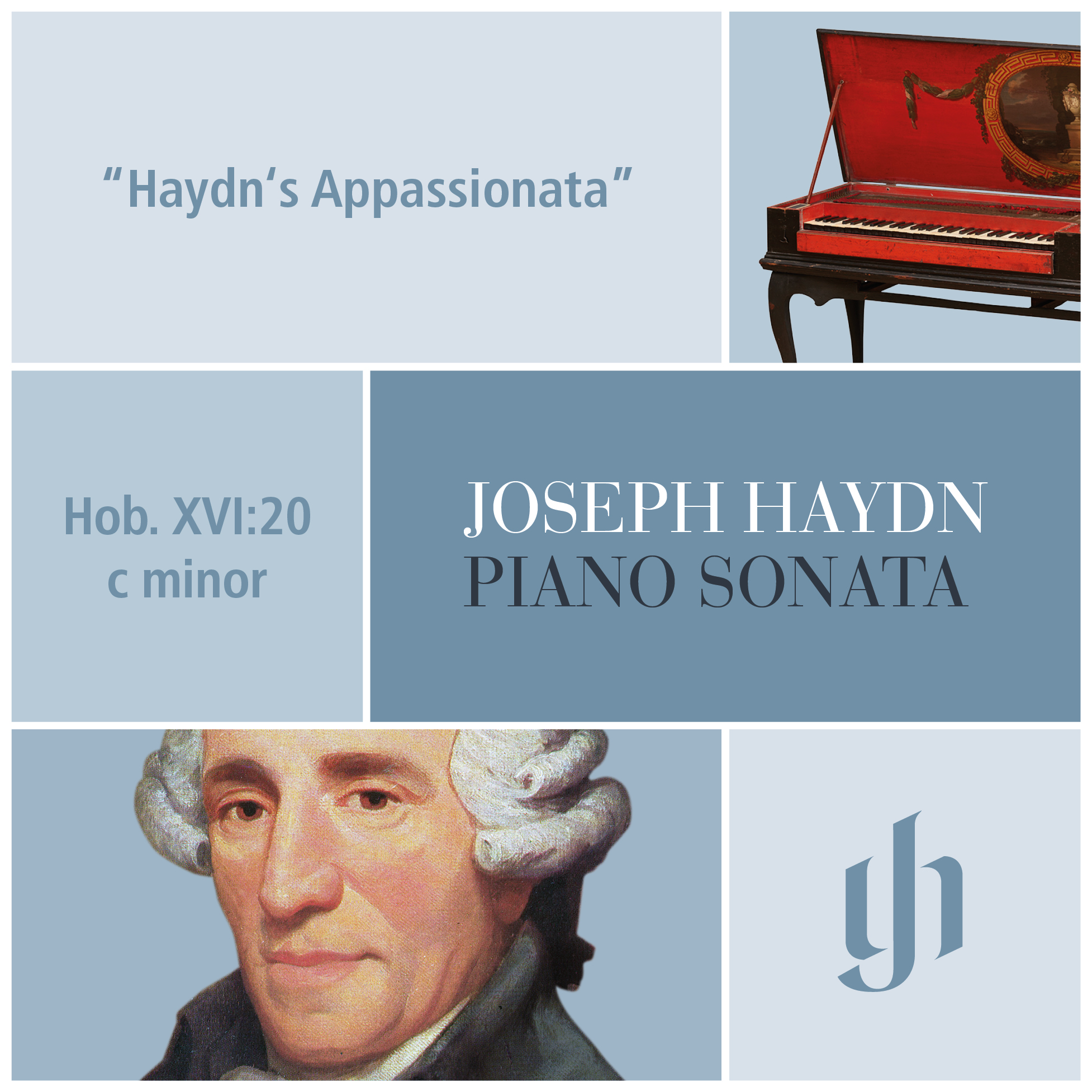 The Sonata XVI:20 in c minor has an unusually long genesis, in light of Joseph Haydn’s manner of composing. He already set to work on the conception of the work in 1771 – while he was still in his “Sturm-und-Drang” phase. An autograph fragment has survived from this time, containing parts of the 1st and 3rd movements. We do not know whether the sonata had been worked out to a large extent at this time or not. It is, however, clear that it was only published almost ten years later. Haydn placed this first “Sonata” – styled thus by the composer and already in his mature Classical style – on a level with the five “Auenbrugger Sonatas” that he had composed in close succession. Haydn wrote to his publisher in 1780 about it: “I am sending the 6th Clavier Sonata because this is the longest and most difficult”. “Haydn’s Appassionata” is the name given to it by the musicologist Richard Wigmore – if you’re interested in following this train of thought, you can listen to:

This sonata brings Volume II of our new edition to its close, the fingerings were provided by Paul Lewis: https://www.paullewispiano.co.uk/ 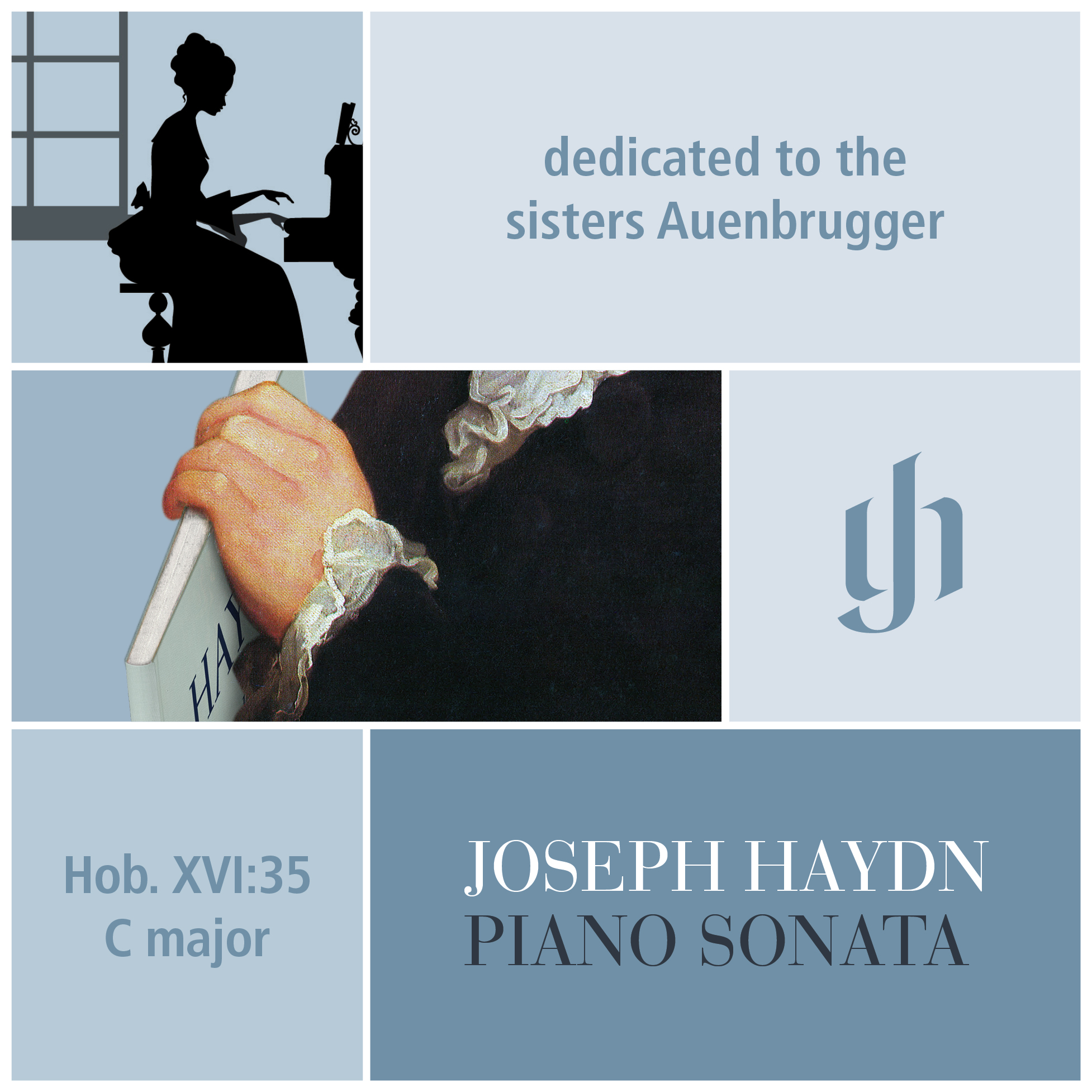 The Sonatas XVI:35-39 and 20 are compositions which fall in the period when the harpsichord and the clavichord were being replaced by the fortepiano. The publisher Artaria dedicated them to the sisters Katharina and Marianna Auenbrugger, both of whom Haydn held in great esteem. Thus he wrote to Artaria on 25 February 1780: “The approval of the Misses v. Auenbrugger is most important to me, as their manner of playing and their genuine insight into composition is equal to that of the greatest composers: Both of them deserve to be made known throughout Europe in public papers.” And in a later letter: “I only regret one thing, that I have not been able to enjoy the honour of dedicating these sonatas to the Misses v. Auenbrugger”. You can find out more about the Auenbrugger sisters on the website of the Sophie Drinker Institut (in German). The first of this group, Hob. XVI:35 in C major, is today one of the most popular in piano lessons – you can listen to the following to find out why this is the case:

The Sonata XVI:35 in C major is in Volume II of our new edition, the fingerings were provided by Dénes Várjon: http://denesvarjon.com/ 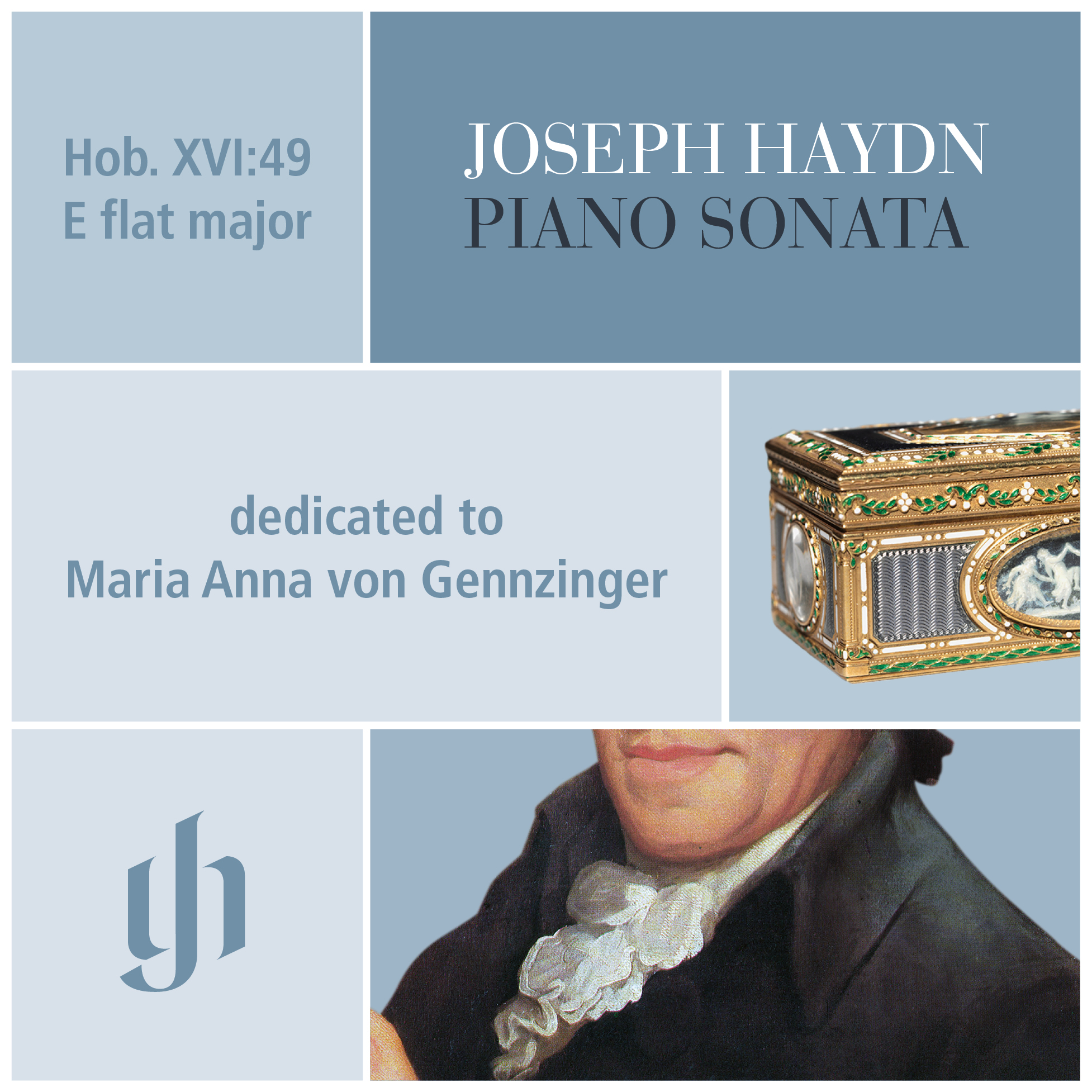 The first movement of the famous Sonata in E-flat major that was composed in 1789–90 “is considered to be a perfect example of the ‘Classical’ principle of simultaneous ‘unity and diversity’”. The work was commissioned by Maria Anna Gerbischek (her name can be found in the surviving autograph) for their mutual friend and the later dedicatee Maria Anna von Gennzinger. The latter thanked Haydn on 11 July 1790 as follows: “The Sonata pleases me extremely well” At the same time, she asks him to change the passage in the second part of the Adagio, in which the left hand has to cross over the right one: “because I am not used to such a thing, I find it difficult”. Despite Haydn’s assurance that he would attend to her request, today we know of no simplified version. By the way: as a gift for presenting the sonata in front of Gerbischek and Prince Esterházy, Haydn received a gold tobacco box on 24 June 1790. He had refused payment. How much would be paid today for a masterpiece such as this? For there is little doubt that this is what it is, as you can, for example, find out here:

This sonata is in Volume III of our new edition, with fingerings provided by Evgeny Kissin: https://www.kissin.org/

Watch and listen to the pianists playing and speaking! Martin Helmchen, Angela Hewitt, Evgeny Kissin, Benjamin Moser, Carmen Piazzini, Lars Vogt and William Youn are part of our project and tell us why they are inspired by Haydn, why every pianist should play Haydn's music – and why this edition is particularly valuable.

Additionally to the following three short videos you can find the full length videos of all seven pianists on our YouTube channel.