The Divertimento K. 247 in F-flat major was composed for the name day of Countess Antonia Lodron, and was first performed on 18 June 1776 in Salzburg. The little March K. 248 was presumably used to accompany the arrival and departure of the musicians on that occasion – it shares the same date of composition as the Divertimento, is in the same key, and is scored for the same instruments. Mozart later returned several times to this “First Lodron night music”, and posterity appreciated it too: the Divertimento was published just a few years after his death, and was also available in numerous 19th century copies. The only authorised sources for our Urtext edition, however, were the two autographs. Here, incidentally, the lowest part is designated “Basso”, which leaves open the question as to whether it was to be played by a cello, a double bass or both – a typical case of “as you like it” in the music of the 18th century!

The Divertimento in F major K. 247 by Wolfgang Amadeus Mozart (1756 – 91) was, according to the date in the autograph, composed in June 1776 for the name-day on 13 June of the Countess Antonia Lodron. The performance, in honour of the music-loving wife of Ernst Count Lodron, Salzburg’s Erbmarschall (Hereditary Marshal), took place on 18 June, still within the … 계속 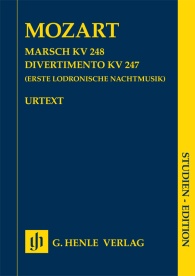 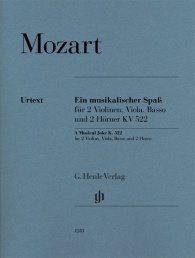 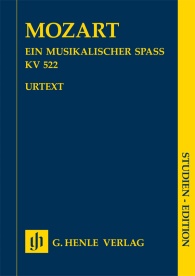 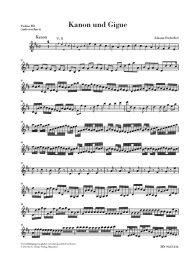 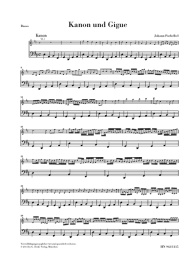