For decades, the two-volume Henle Urtext edition of Beethoven’s piano sonatas has maintained its status across the globe as the standard edition of reference among pianists. After its publication at the beginning of the 1950s, edited by the Munich musicologist Bertha Antonia Wallner – with the support of the Beethoven Archive in Bonn – this outstanding editorial achievement was quickly recognised by the world of pianists as a new benchmark. Its decades-long, rigorous field testing led to improvements and refinements such that this Henle Urtext edition of Beethoven’s piano sonatas is universally regarded today as the reference source.

The printed fingerings provided by the pianist and important musical pedagogue Conrad Hansen are regarded as meaningful suggestions for solving technical and musical problems: “as few fingerings as possible, albeit instructive ones” (Hansen).

G. Henle Publishers also offers the Beethoven sonatas in an alternative Urtext print edition without any fingerings (HN 1032 and HN 1034), as well as a pocket score in our study score series (HN 9032 and HN 9034) And interested parties may also find the sonatas in the digital version in the “Henle Library” app, here in conjunction with a variety of subjective, selectable fingerings by the likes of Eugen d’Albert, Claudio Arrau, Conrad Hansen and Artur Schnabel.

Beethoven’s 32 piano sonatas unfurl before us a virtually inexhaustible wealth of pianistic and musical flights of fancy, predominantly works of the greatest familiarity in piano lessons, concert halls, and recordings. Hans von Bülow emphasised the importance and significance of Beethoven’s piano sonatas with his bon mot that they constituted the “New Testament of music.” The 32 sonatas with opus numbers are a conscious choice; the three “Electoral” Sonatas by the thirteen-year-old boy, WoO 47, are not included in the “New Testament.” These are available from Henle in a separate Urtext edition (HN 255). G. Henle Publishers also offers every Beethoven sonata as a standalone Urtext edition (in print or in the app).

The features of the Beethoven piano sonatas in Henle Urtext editions at a glance:
- a scholarly, critical Urtext edition on the basis of all available sources, always kept up-to-date
- optimisations of the musical score as a result of continuous usage in musical practice
- all important information about musical passages included in footnotes on the same page
- notational settings of unmatched beauty and accuracy thanks to traditional musical hand-engraving
- fingering suggestions by Conrad Hansen (alternatives in the app)
- available in two collected volumes with fingerings, paperbound or clothbound
- available without fingerings, paperbound
- each sonata also available separately (in print and in the app)

In order to satisfy the increasing need for more heavily annotated Urtext editions, but also in order to document the eminent Beethoven knowledge of one of the greatest living pianists of our age, Murray Perahia, G. Henle Publishers has for some time now been gradually publishing the complete Beethoven sonatas in a parallel Urtext edition, the Perahia Edition.

In order to restore the original text of Beethoven’s sonatas, free of all arbitrary editorial additions and emendations, the authentic manuscript sources were consulted above all, i. e. the autographs and copies supervised by Beethoven, so far as these are still in existence and obtainable. This was possible with sonatas op. 22, 26, 27 No. 2, 28, 53, 57, 78, 79, 81a (first … 계속 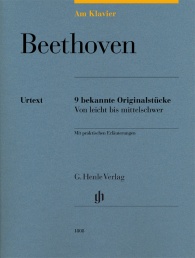 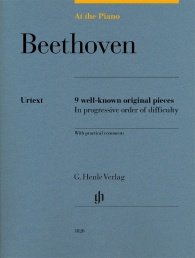 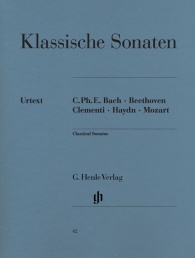 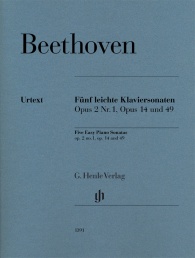 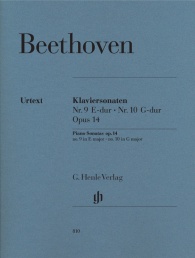 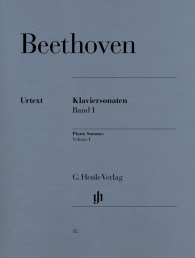 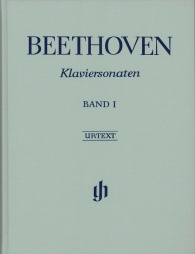 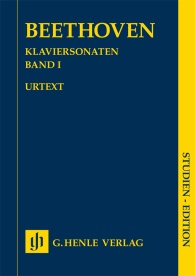 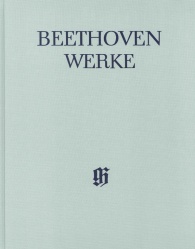