In autumn 1830 Mendelssohn Bartholdy visited Venice whilst on a great European tour and was intoxicated by his impressions. He said of the local gondoliers: “The gondoliers are now crying out to one another again, and the lights are reflected deep in the water; one is playing the guitar and singing. It is a merry night”. Perhaps it was with this in mind that Mendelssohn wrote four Venetian Gondola Songs between 1830 and 1841 (published in Henle Urtext in the collected volumes HN 327 and 861). We are now publishing the four popular, easy-to-play and melodious pieces together in one volume, with a new preface by Ullrich Scheideler.

“This is Italy. Everything that I have considered as life’s greatest joy, ever since I have been capable of thought, has now begun, and I am relishing it.” Thus begins a letter of 11 October 1830 from Felix Mendelssohn Bartholdy (1809–47) to his parents and siblings, sent from Venice (unless otherwise stated, quotations from letters are from Felix Mendelssohn Bartholdy, … 계속

It is useful to have these four pieces gathered together particularly in such clear, well laid out edition. ... Staple bound in a thin card cover, this edition has a useful preface by Ullrich Scheideler setting out in German, English and French the background to the composition of these pieces. ... Fortepianists wishing to have a convenient collection of these four attractive pieces, whether for use within a varied recital, as an encore, or simply for the pleasure of playing them at home, will find this new publication very useful. [Harpsichord & Fortepiano, 2013]

These four short lyrical and expressive pieces are ideal for including in festival and competition performances where time limits are of the essence. They also provide excellent teaching repertoire for the practise of pedalling, cantabile and expression. [Piano Professional, 2013] 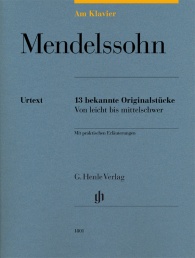 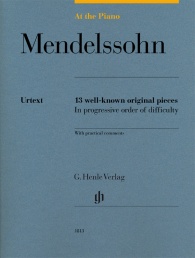 At the Piano - 13 well-known original pieces 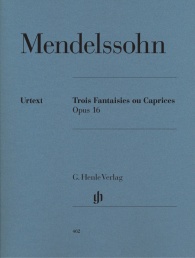 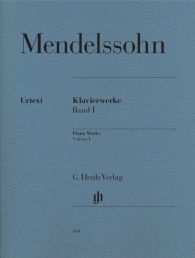 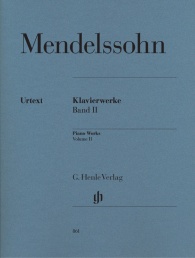 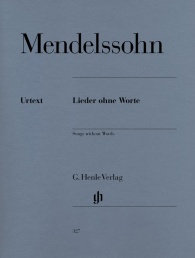 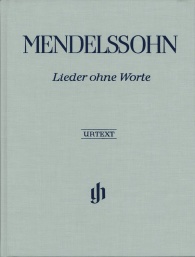 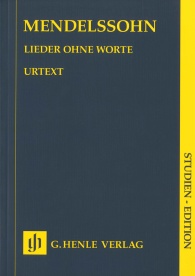 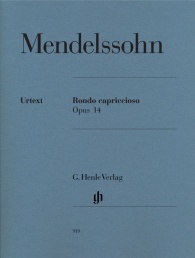