The set of twelve polonaises occupies a special place among the clavier works of Wilhelm Friedemann Bach (1710– 1784). That Bach was concerned to transcend traditional compositional norms and that he sought to impart to his works a new kind of aesthetic character is nowhere more in evidence than in these pieces. With his stylized treatment of the polonaise dance pattern, to … 계속 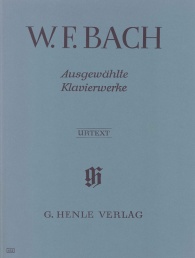