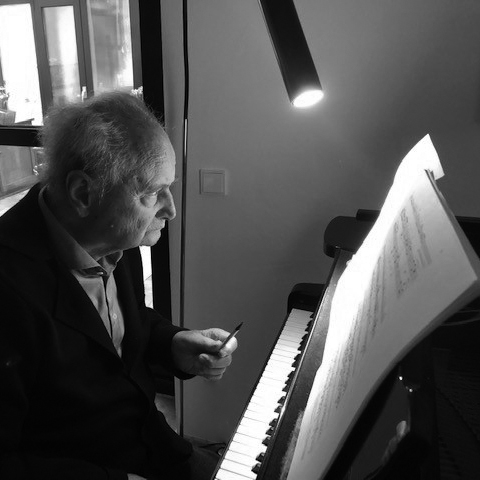 December 15, 2020. Klaus Schilde passed away a few days ago at the age of 94. G. Henle Publishers would like to pay tribute to the life-time achievements of one its most loyal and long-standing artistic friends and associates. We are deeply indebted to this extremely versatile, highly cultivated pianist and professor, who continued playing the piano until he was advanced in years.

In the over 30 years that he worked with us, he contributed fingerings to well over 100 Urtext editions. For works from the Baroque period to the modern era, from works for solo piano to large-scale chamber music works with piano, from Bach to Zemlinsky. And piano players not only benefit from Schilde’s tried-and-tested fingerings, which were the result of many decades of experience, both teaching and performing. But in addition, he made countless suggestions over the course of our close cooperation. Schilde’s correspondence, written in blue ink and numbering hundreds of letters, bears witness to his insatiable appetite for everything concerning the “true” musical text.

This interest in, even striving after, the original text can be traced back to Klaus Schilde’s practical music training. Alongside his influential Leipzig teacher Hugo Steurer, who ultimately also brought him to the Academy of Music and Performing Arts in Munich, Schilde studied with two other exceptional pianists who had a similarly close link with the founder of the publishing house Günter Henle: Walter Gieseking and Edwin Fischer. Neither of them settled for traditional music editions. They advocated “Urtext”, in its infancy at the time, and spurred Günter Henle on in his pursuit of this goal. Klaus Schilde wrote the following in a letter to our editorial team: “I am interested in Henle remaining the best edition and in addition I am extremely drawn to such things [i.e. questions to do with sources and texts]. Small changes can occasionally alter the whole course of an interpretation.”

Now he has passed away. With Klaus Schilde’s death, G. Henle Publishers has lost one of its most prized authors, an important influence and not least a friend and companion of many decades. We will always remember him with gratitude.