The sounds made by water – those of fountains, waterfalls and streams – were a popular subject in musical impressionism. Liszt had already explored this in his “Jeux d’eaux à la Villa d’Este”, and it was also a subject that inspired Ravel. At the same time he broke fresh compositional ground: in his “Jeux d’eau” he developed a kind of floating harmony and created new tonal effects. These shimmering tone paintings are among the first of our Urtext editions by this important French master. In order to provide musicians with a first-rate engraving for this highly complex music, we have slightly increased our Urtext format – and can thus guarantee excellent readability.

Looking back upon his early years, Maurice Ravel acknowledged in his autobiographical sketch of 1928 that “the Jeux d’eau […] stand at the beginning of all the pianistic innovations that have been noted in my work. Inspired by the sound of water and the musical sounds emanating from fountains, waterfalls and brooks, they are based on two motifs, in the style of a … more 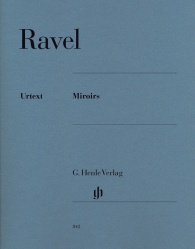 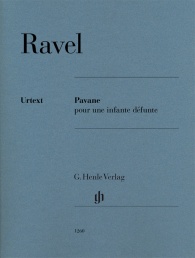 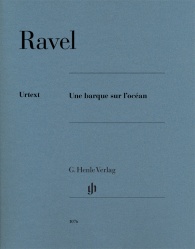