Handel and fugues? The connection is not the first thing to cross our minds when we think of baroque keyboard music. Yet Handel, besides writing keyboard fugues as parts of larger works, also turned out separate fugues beginning from his days in Hamburg. Our edition combines the well-known Six Fugues (HWV 605–610) with two isolated fugues (HWV 611 and 612). Handel later reused some of these fugues in his concerti grossi, the oratorio “Israel in Egypt”, and in a trio sonata, where they have become far more familiar today than the originals. Handel’s fugues were largely notated without ornaments. Our edition deliberately reproduces them in this original form, thereby giving performers latitude for their own interpretations.

Handel’s Six Fugues presented in this new volume are extremely rare birds, especially in terms of piano performance … The pedagogical potential of the two final fugues, which are relatively straightforward both technically and musically, is most promising.
[International Piano, 2005] 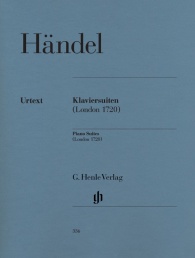 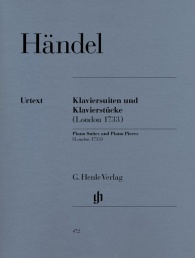