In early 1878, Peter Tchaikovsky had just sent his opera “Eugene Onegin” and his Fourth Symphony on their way, but had no intention of taking a creative break. On the contrary, he immediately took up his pen and composed his Twelve Pieces op. 40 for piano. This cycle features various genres, including piano pieces typical of the epoch such as etudes, waltzes and mazurkas, but they are also joined by pieces presumably connected with Tchaikovsky’s biography. These bear titles like “Au village”, “Marche funèbre” and “Rêverie interrompe”. For this Urtext edition, it was possible to consult the autograph engraver’s copy in the Glinka Museum in Moscow, as well as rare Russian prints from 1879 and 1890, as described in detail in the preface.

Those of you familiar with the "Urtext": editions of Henle will not be surprised to find that these have been exhaustively researched... [Sheet Music]

These pieces are somewhat more exacting technically than the Op. 39 Album for the Young and are also substantially longer. Rarely performed, they should be studied by Grade 7 or 8 students, especially those looking for unusual performing repertoire.
[EPTA - Piano Journal]

... playable by students with advanced technique. This is a collection that deserves further investigation.
[Clavier] 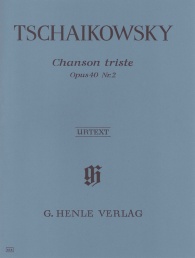 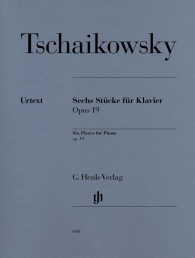 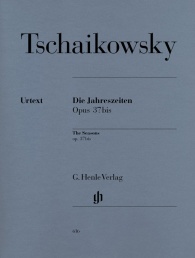