Eduard Hanslick, a much feared critic in his time, was not very complimentary following its première: the violin was no longer being played but rather “pulled about, torn asunder, beaten black and blue”. Yet he was not able to stop the triumphal march of Tschaikowsky’s only violin concerto. Its incredible technical demands have meant that it is a true test of virtuosity. Its effectivenessis, however, mainly due to its great expressiveness – are there any violinists who do not love the lyrical melancholic “Canzonetta”? – and due to its Slavic temperament. At last and indeed for the first time this milestone in the violinist’s repertoire is now available in a text-critical edition, which is true to its original form.

Peter I. Tchaikovsky (1840 – 93) wrote his Violin Concerto op. 35 in only 25 days during March and April 1878. He was motivated to write it by the violinist Iosif I. Kotek (1855 – 85), who was his composition student at the Moscow Conservatory and later his close friend. After completion of the Fourth Symphony and the opera Eugene Onegin in January 1878, Tchaikovsky had … more

After many subsequent editions, notably those by Auer, Kreisler and Oistrakh, this splendid co-production takes into account all surviving sources of this epoch-making concerto and critically evaluates them. [Stringendo AUSTA, 2013]

The new Henle edition of Tchaikovsky’s Violin Concerto is a welcome addition to the existing array of versions, offering an interesting perspective on this ever-popular work. … The editorial comments are concise, helpful and meticulously researched, and the piano edition, taken from Tchaikovsky’s original violin-piano version as well as the much later score, offers a practical reading.
[The Strad, 2006] 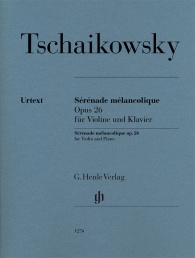 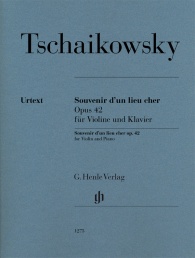 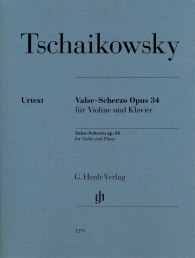 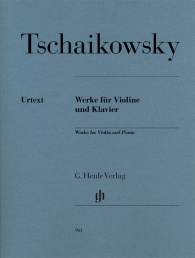