A short while ago Henle issued Mendelssohn’s second Violoncello Sonata, op. 58. Now the first Sonata, op. 45, is available for the first time as Urtext edition with a flawless music text. A preface and critical commentary provide detailed information on this major contribution to the romantic violoncello repertoire.

The editors offers a preface with background notes as well as notes on the text’s sources. As befits this publishing house the layout for both cello and piano scores is generous.
[Music Teacher Magazine]

This is one of three large-scale works for Cello and Piano and was completed in 1838. The present edition provides a set of performance parts and an editioral commentary outlining the sources used is given at the end of the publication, detailing necessary revisions and alterations.
[Sheet Music] 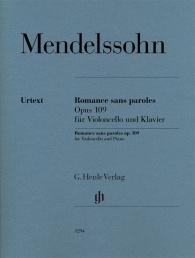 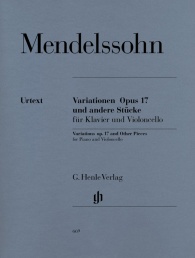 Variations op. 17 and Other Pieces for Piano and Violoncello 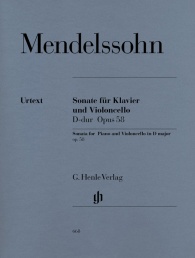