Posted on October 15, 2012 by Annette Oppermann

When you look carefully at our recent publications you’ll also repeatedly notice among them works that we once published and are now putting out in new Urtext editions – indicated explicitly as “revised”. But what is actually meant by revision and why is it necessary? Come to think of it, the old edition was and is after all already supposed to contain the Urtext – or do Urtext editions have an expiry date?

Yes, in a way, because the scholarly foundation on which our practical Urtext editions are based can in various circumstances be altered. One virtually classic reason is the sudden appearance of new sources. Many autographs of works by Bach, Beethoven, Mozart or Brahms are, to be sure, long since missing or in inaccessible private possession, so that our only option in editing these is to resort to reliable copies or first editions. But naturally the sudden reappearance of any such previously lost source is always a reason to review the existing edition.

Thus, Mozart’s popular dual work Fantasy and Sonata in c minor K. 475/457 (HN 345) was thoroughly revised after the autograph showed up. In the process, admittedly, only a few notes had to be changed (e.g., the first chord in measure 41 of the Fantasy still turned out to be just plain D major in place of the seventh chord with c1 that was in the first edition by mistake and consequently in many later editions), but now the autograph did validate so much formerly difficult editorial decision-making. Beethoven’s Grand Fugue for Piano Four-hands op. 134 (HN 954; HN 271 before revision) also benefitted from a look into the newly available autograph: In the case of the two incompatible, though equivalent variants of the transmission at the start of the Meno mosso in the Primo section (measure 161), the editor of the old edition had decided in favour of variant A which corresponds with the string quartet version of the Grande Fugue (in opus 130). 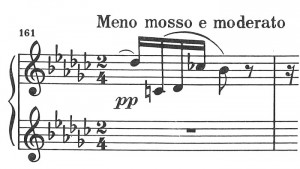 But now the autograph confirmed variant B: 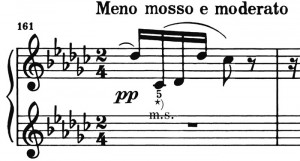 And Beethoven’s will is even, in particular, clearly shown at this passage by an elucidating correction of the last note. 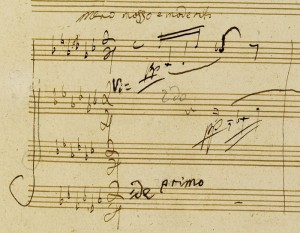 Our complete editions of Haydn, Beethoven and Brahms also repeatedly afford grounds for revision. Thus, the New Brahms Edition volume of the cello and clarinet sonatas (HN 6013) edited in 2010 by Egon Voss and Johannes Behr gives reason enough to put our seasoned Urtext editions of these pieces to the test. For the revision of the Sonatas for Piano and Clarinet (Viola) op. 120 which is in preparation just now (HN 987/988; HN 274/231 before revision) a remarkable new source has to be taken into consideration: For the first time ever the autograph can be evaluated for a practical edition and so many engraving errors of the first edition (that had up to now always been consulted as the principal source) can be corrected.

Now and then, though, not even new sources are required for a revision, but only a new “take” on the situation – that is, a new scholarly assessment of certain sources or groups of sources. Hence, Schumann’s first jotting down of his Toccata op. 7 of 1830 was earlier thought of as a compositional stage made obsolete by the final version published in 1834, whereas today in fact Schumann research gives an essentially higher status to such unpublished but generally “completed” earlier versions – often enough dealing with them as works in their own right. Upon comparing both versions of the Toccata our editor Ernst Herttrich came to the conclusion: “There are so few correspondences between the two versions that the printed version basically embodies a new work” – which is why in our new edition we decided to present the Schumann Toccata in both versions (HN 201). Incidentally, differences already show up from their very first measures – and indeed not only in altogether other musical gestures at the start, but also in dynamic markings noticeably recorded in much more detail in the early version than in the later printed version. 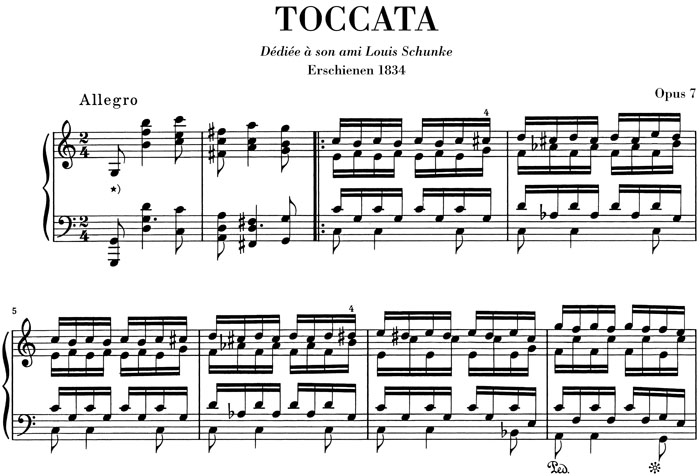 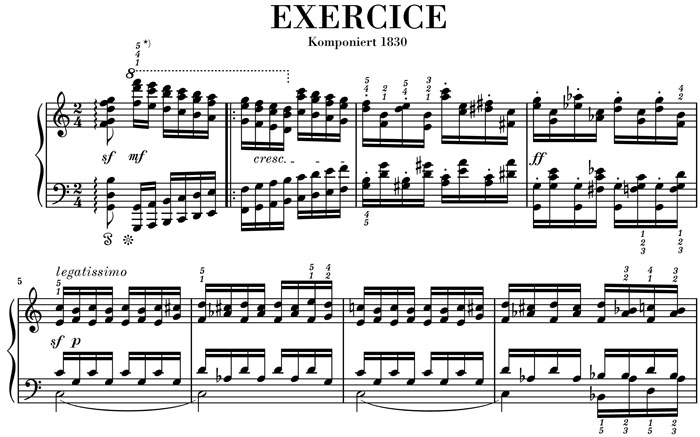 Chopin research of recent years has disclosed that the composer was more actively involved in the publication of his works than was earlier supposed. Today, accordingly, we value variants in the Chopin first prints more highly, as Norbert Müllemann demonstrated at length in his revision of the Chopin Ballades (HN 862; HN 295 before revision). For the A-flat major Ballade op. 47 he therefore did not (any longer) choose the autograph as principal source, but the 2nd issue of the French first edition revised by Chopin. Consequently, the variants of this print mentioned earlier only in the commentary are now moved over into the main text, whereas the readings of the autograph once current in the main text are now given in a footnote, as can be seen from measure 176:

So, the main text of the revised edition offers what from the most up-to-date research is considered to be the “composer’s ultimate version”, and simultaneously in a footnote the earlier autograph variant (that musicians may perhaps know from older recordings or editions) – but that’s not all: unfolding in the footnotes, besides, is an entire spectrum of Chopin tradition, documenting, on the one hand, Chopin’s authorized variants handed down in the copies his pupils used, recording, on the other hand, variants later editions adopted. This way we are no longer caught by surprise (“that’s not how I know it”) by coming upon something without finding it explained – and based on this information we musicians are in a position to decide for ourselves (or question what we’ve been used to doing…). It is precisely this requirement that we want to fulfil in our Urtext editions – which is why we re-examine them from time to time.