Some time ago we had previously devoted a blog post to our new Urtext edition of Liszt’s piano transcription Isolde’s Liebestod (HN 558) in order to consider the various readings of the sources (see Wagner, Liszt, and Isolde ‘slurred’ – how well do composers proofread their own works?). Today, we’re going to re-examine the piece closely, for it has much to offer not only pianists, but also philologists…

If the passages addressed in the first blog text were to turn out to be totally blatant blunders by the engraver of the first edition, we would still come across other contradictions in the sources that can’t be cleared up so easily. Posing just such a problem is an important lost source. Specifically, there is no existing engraver’s model, so that missing is the usual copy of the autograph (done as a rule by a professional copyist) that the publishing house then used as a fine, legible model for engraving the first edition.

Short digression: Why can’t the autograph itself have served as engraver’s model?
Aside from the fact that it was rather unusual to despatch valuable original manuscripts, thus risking damage or even loss, in this case there are two other reasons against it:

So, since the work step between autograph and first edition is missing for us, then where there are differences we have to check both of these available sources in every single instance, in order to determine which of the two can be ‘right’. We assume as a rule that the first edition – as described above – represents the ultimate state, especially since Liszt would have reviewed it and authorised it. We must therefore beware of privileging the autograph as purportedly the more authentic source and of possibly reverting in the process to an obsolescent state.

But in a few cases we have, as a matter of fact, decided for the autograph version, when circumstances suggest that the music engraver misread something and Liszt didn’t realise it – so too in the examples from the first blog post.

The most important change in our Urtext edition versus the first edition pertains to measures 54–57. The first edition and, to this day all later editions, show here a curious inconsistency in the placement of the arpeggio signs in the right hand: the arpeggio is no longer, as in the preceding measures, always on the 3rd eighth of every half of the measure, but on the 1st eighth, thus on a chord, part of which is tied! Sometimes it is missing altogether, whereas in the first half of m. 57 there are even two arpeggio signs (see fig. 1). Does that make any sense at all…? 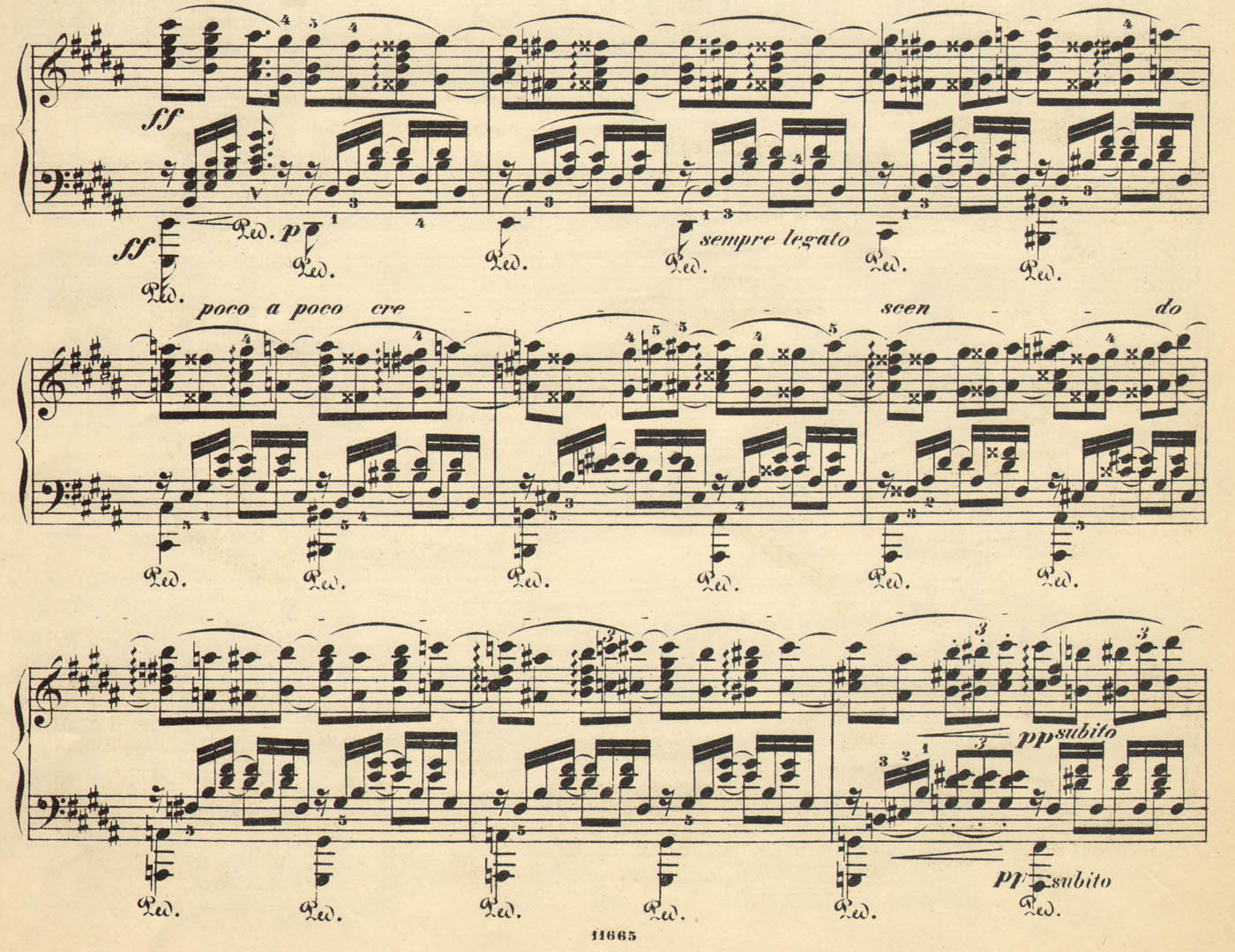 A glance at the autograph shows, on the other hand, a completely coherent notation: the arpeggios in mm. 50–57 are all on every 3rd eighth of each half measure (except for in the triplet figures) and, as a result, always at a full chord, not at empty octaves – lacking namely also in the first edition are a couple of notes … Perhaps thereby the engraver was fooled into setting the arpeggio sign before the wrong chord. Liszt’s original notation is so plausible that we have adopted it in the main text of our edition (see fig. 2) and annotated the differences only in the critical report. 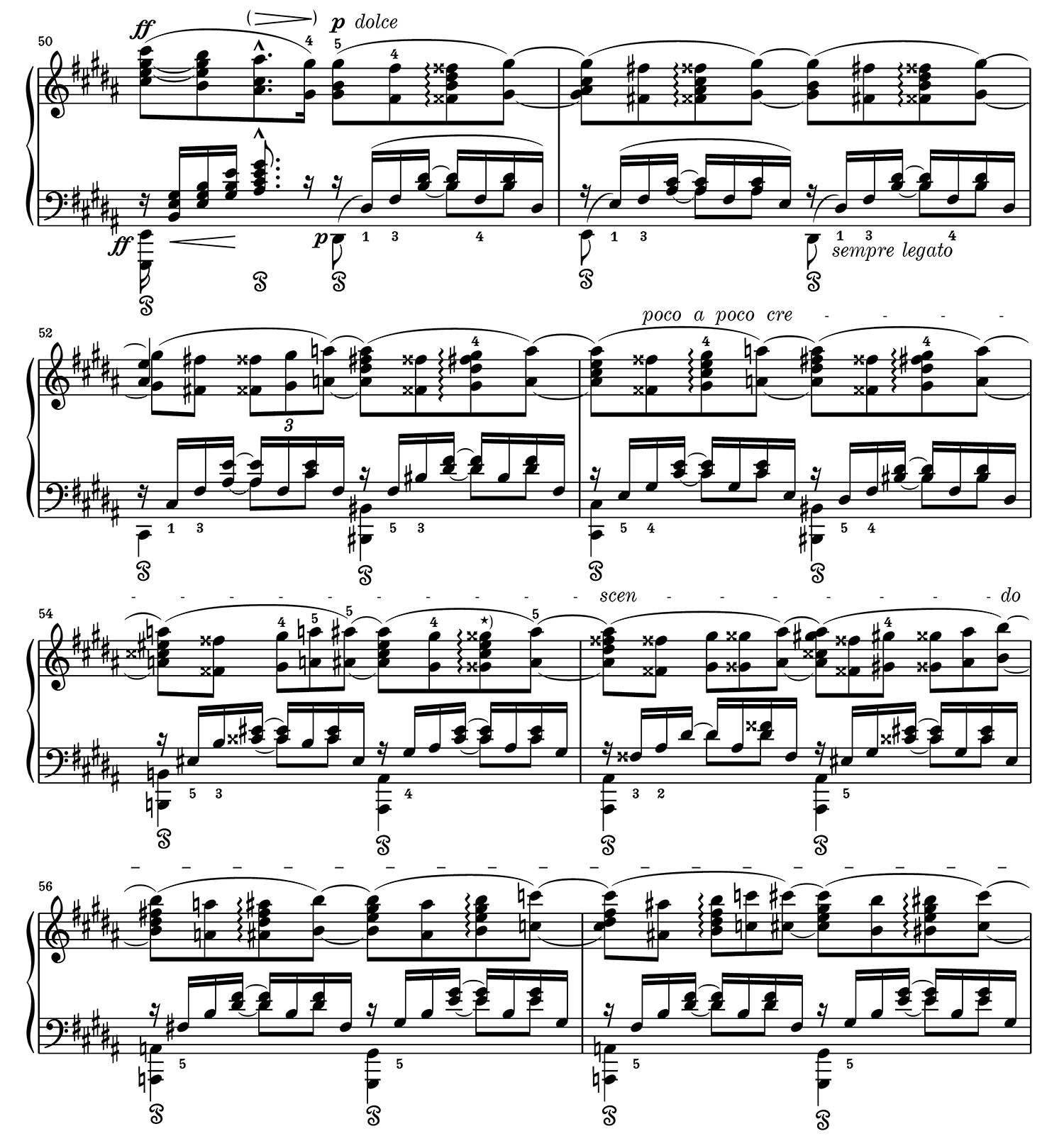 As a result, one or the other pianist who has studied the piece from the old edition will at first stumble over these changed passages. But we hope that our argument is convincing enough that the original version of the autograph can prevail. And if one of these days the engraver’s model should yet show up, it could help solve the riddle…