Posted on December 9, 2013 by Annette Oppermann

The blue Urtext editions certainly amount to the lion’s share of our catalogue, but, in­ci­den­tal­ly, we do also still produce a completely different kind of music edition; these are facsimiles, that is, literal reproductions of especially significant manuscripts. Often e­nough we even stock both for a work, so that many people may ask: Why do we actually need the facsimile if, after all, we have a reliable Urtext edition that gives a scholarly e­va­lu­a­ti­on of just this source and hence offers the musician the optimal foundation for per­for­mance? András Schiff, in his preface to our facsimile edition of the Schubert Piano Trio in E-flat major just now in progress, makes a strong argument for this which many musicians will surely agree with: “Good printed editions are essential but manuscripts are irreplaceable […] only through them can we feel really close to the creators of the works.”

Just as we respond in a special way to the autograph of a Goethe poem or the first page of a Kafka story, so we also respond to “reading” Chopin’s famous Polonaise in A-flat major op. 53 (HN 3221), or Beethoven’s late String Quartet Op. 132 (HN 3222), in the dis­tinc­tive handwriting of their creators, full of nuances. Here, we react with different feelings and insights than we do to the standard score appearance of a modern Urtext edition. This goes not only for deletions, corrections, and paste-overs in such working ma­nus­cripts as Schumann’s Waldszenen (HN 3217), or Liszt’s Rigoletto-Paraphrase (HN 3219), giving us a view into the composer’s workshop. 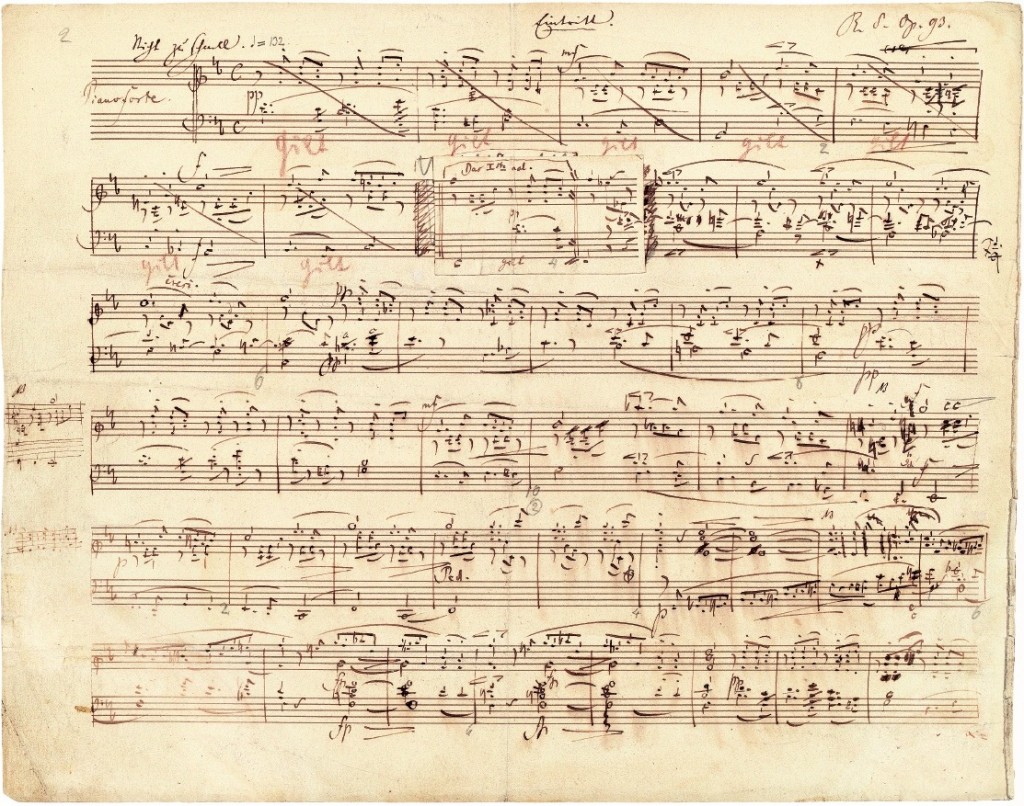 Even the vehemence or elegance of the tidily-inscribed Mozart String Quartet in F major K. 168 (HN 3209), or Debussy’s enchanting L’isle joyeuse for piano (HN 3224), tell us a lot about the character of the music. 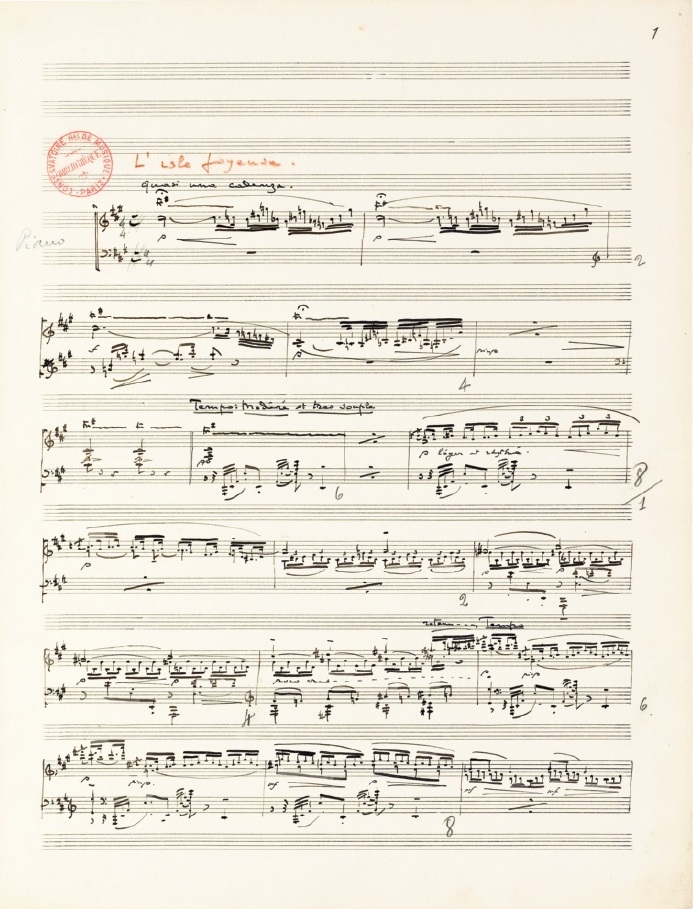 A song such as Feldeinsamkeit by Johannes Brahms (HN 3207), who made a present of it to the banker Wilhelm Lindeck after specifically notating it on ornamental paper, reads entirely differently from his heavily-revised manuscript of the Fantasien op. 116, for pi­a­no (HN 3210). Comparing the two facsimiles lets us immediately discover how varied the functions of an autograph can be. 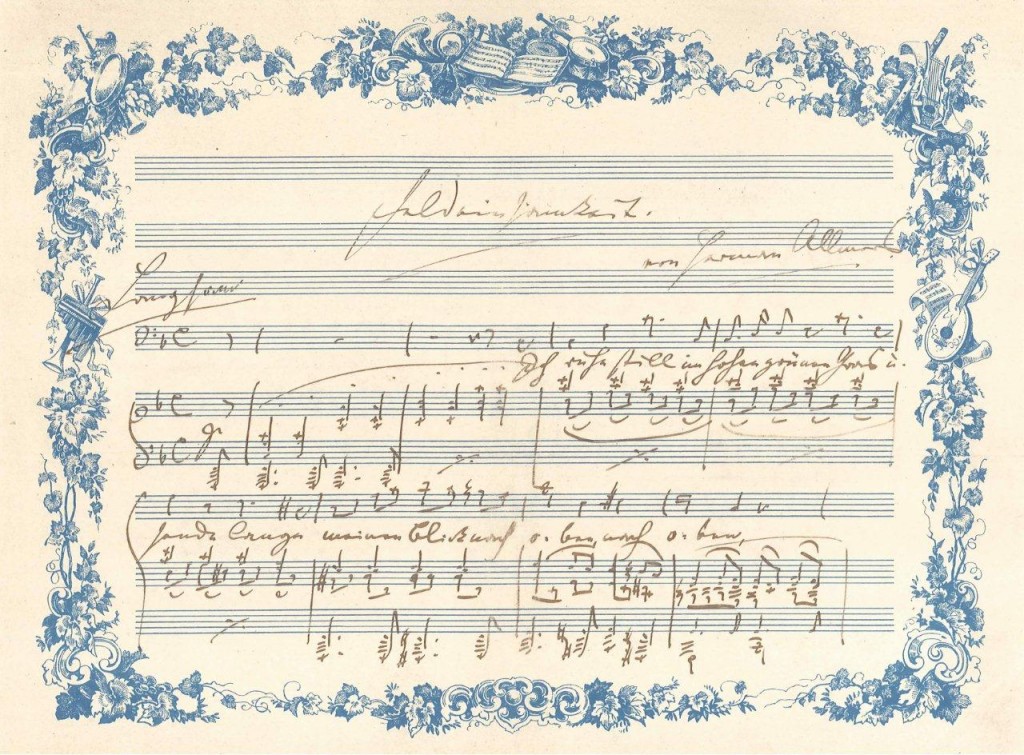 But, isn’t everything on the Internet today? Yes, certainly in recent years a really in­cre­di­ble number of manuscripts can be downloaded without charge in excellent individual scans from the Internet – whether from collections like that of the Bonn Beet­hoven- Haus, from national catalogues like Gallica or simply over the universally popular plat­form imslp. But even with these, there’s a world of difference from the facsimile: Because we go all out in the printed edition in order to come as close as possible to the original in format, colour, layout and binding. And many times can even re-produce only a facsimile edition the original: if, that is, the source to be facsimiled no longer exists as an entity.

So, it is, for example, with the autograph of Schubert’s Violin Sonata in D major op. 137, No. 1; on back page left blank, the composer began at once to write down a song. When he wanted to pass this on, he separated the song page from the sonata – which means that from then on, the end of the sonata went its own way with the song. But that’s not all: the rest of the autograph did not stay together either, but was even divided up in the 20th century between two successors of the publisher August Cranz. Only in our fac­si­mi­le edition published in 1988 (HN 3208) could the three parts of the autograph be once again reunited – and so Schubert’s original writing could be restored.

These and other details of the heritage are described, incidentally, in the part of the fac­si­mi­le edition that is just about as important as the images: the commentary. Besides tel­ling the reader about how the work originated and was handed down, it also furnishes a guide to the manuscript itself: whether it be to explain Mozart’s skeletal notation for lar­ger works like the A-major Concerto K. 488 (HN 3216), or to analyse the various layers of writing in Beethoven’s later Piano Sonata op. 101 (HN 3211).

Well, we try with our facsimile editions to produce far more than beautiful images – we try, that is, to provide the opportunity of reading and studying a work or composer in a very special way, so that the reader can come closer to and develop a (still) greater ap­pre­ci­a­tion for the beauties of his art. For me, that’s the best reason for a facsimile – but per­haps you see it totally differently? Then, write us a commentary for the blog – that would be great!