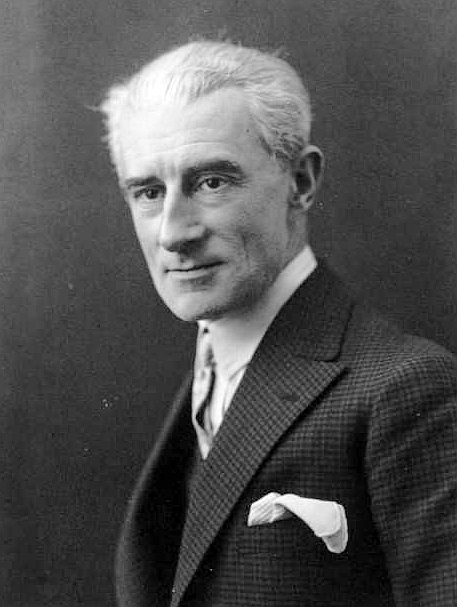 Maurice Ravel’s concert rhapsody “Tzigane” is known to exist in three versions: in the original for violin and piano (April/May 1924), in the slightly-later version for violin and or­ches­tra (July 1924) as well as in a version for violin and lu­thé­al, (October 1924); the luthéal, only just developed and then quickly given up again, is a string-instrument device that when installed in the upright or grand piano makes it possible to generate a new sound register that Ravel used here primarily to imitate the sound of the Hungarian cim­ba­lom.
Among the few recordings with violin and luthéal one from 1995 with Chantal Juillet and Pascal Rogé is certainly re­com­men­dab­le.

During preparation of the new edition of the “Tzigane” version with piano (HN 587), a pas­sa­ge of the violin part from the closing stretta came into focus that though it appeared clear at first, is anything but, upon closer examination. 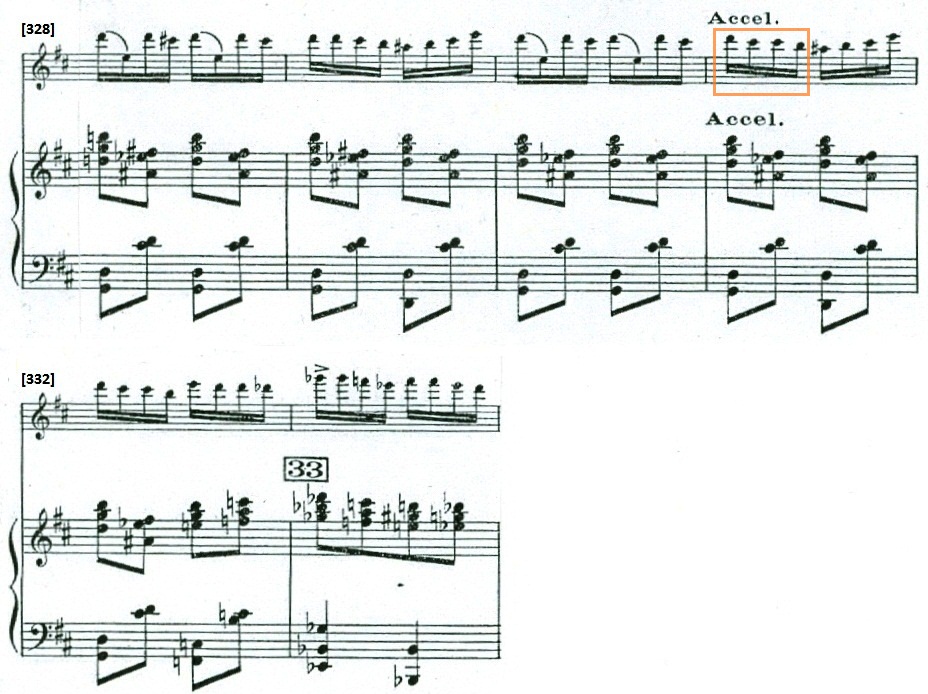 In all the printed editions the first four notes of measure 331 (start of the Accelerando) read d3–c♯3–c♯3–b2. This corresponds indeed with the subsequent measure, however only for the first half of the measure. But on the other hand, an exact analogy to measure 329 emerges since mm. 328–329 are directly repeated. Measures 329 and 331 are thus the same – except for the 2nd note, for in measure 329 the sequence reads at the start d3–d3–c♯3–b2. Could it be that in spite of the agreement of all printed sources there is still a misprint here?
Just a glance into the manuscripts helps with the question of d or c♯ as the 2nd note in measure 331. And as a matter of fact: In the autograph of the orchestral version Ravel clearly notates d3 in measure 331, not c♯3: 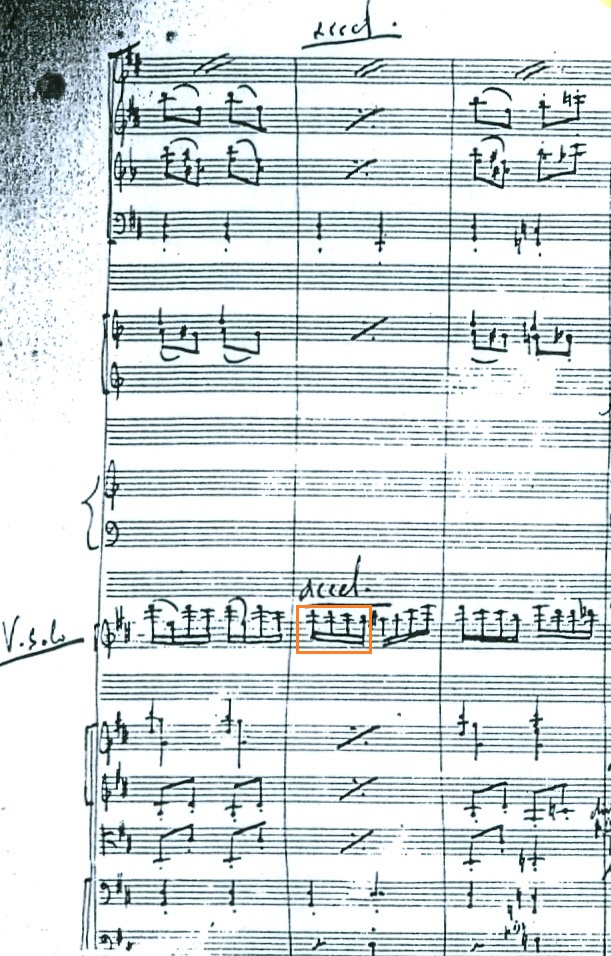 But why then, as can thereafter be seen, does a c♯3 again appear in the first edition of the orchestral version? 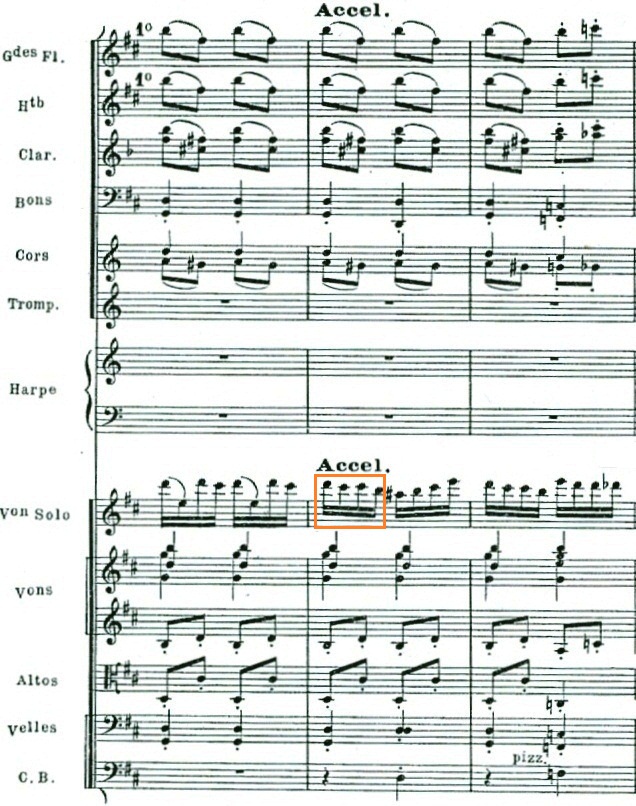 As documented by several prominent details that are matching, it was not Ravel’s au­to­graph, but the printed solo part of the piano version that served as model for the pub­li­ca­tion of the solo violin in the orchestral version – or else the solo part was later aligned with that of the original version.
So, the question as to whether d or c♯ is the correct note shifts to the original ver­sion. On­ly a look into the autograph of this original ver­sion could bring ultimate clarification – if then that were only possible. This autograph could be located through an inventory list pre­pared in the 1960s – more precisely, there are two manuscripts, presumably a first draft as well as a subsequent fair copy – in the private “Collection Taverne” (Montreux/ Switzerland) that is unfortunately inaccessible for the time being. 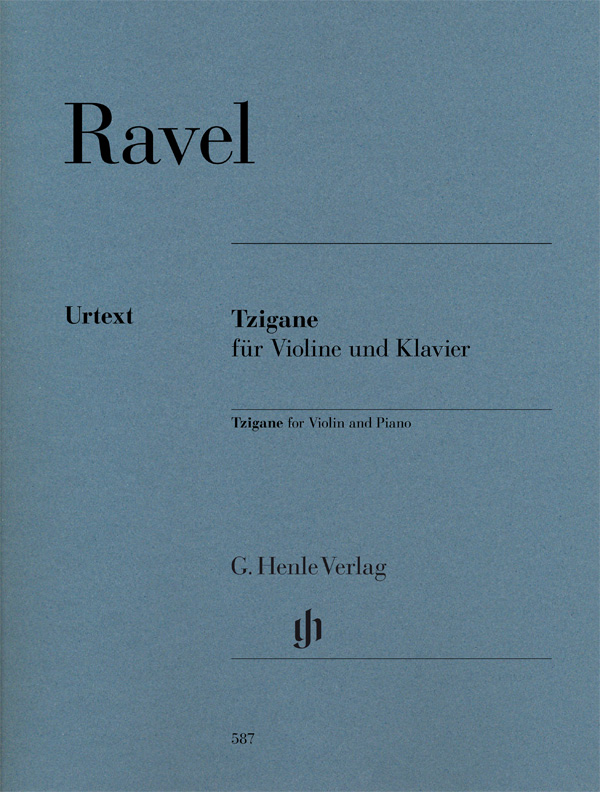 Thus, the question to date cannot be clarified with final cer­tain­ty, but much suggests that smuggled into the original print was an error that has been reproduced repeatedly ever since.
Up to now violinists had indeed no choice, they had to play this c♯ since it was notated in all editions. We are now taking remedial action, for Jean-François Mon­nard, the editor of our new edition appearing in spring 2014, has decided to take d3 as the 2nd note in measure 331 and to refer in a footnote to the c♯3 differing in the prints.

2 Responses to »D or C♯? What does Ravel want the violinist to play in “Tzigane”?«