The double bass entered the Henle publishers’ catalogue a few years ago by way of the Dresden double bassist Tobias Glöck­ler. Entirely classically, to begin with, through the concertos by Hoffmeister and Dittersdorf, but soon also joined by some­what exotic titles such as the Twelve Waltzes by Dragonetti for Double Bass or the famous Elephant from Saint-Saëns’ Car­ni­val of the Animals. “The Famous Solo” by Domenico Dra­go­net­ti, most recently published in the version for doub­le bass and string quartet, now even presents a first edition of a doub­le bass work in our publishing-house programme. Here you can read how it came about…

Annette Oppermann (AO): Mr Glöckler, how did we actually come by “The Famous Solo”? 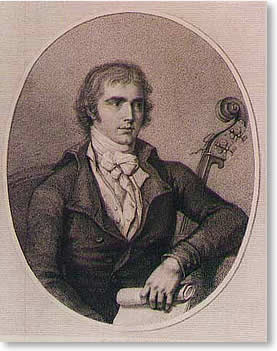 Tobias Glöckler (TG): After the successful e­di­ti­on of the Dragonetti waltzes for double bass solo (HN 847), Dr Gertsch, the Henle Verlag’s head of publishing, asked whether I wouldn’t also like to e­dit a work of Dragonetti’s for double bass and pi­a­no. A short time later, whilst on holiday in England, I detoured to the British Library’s manuscript rea­ding room in London for a day and viewed there Dra­­go­­net­­ti’s extensive estate holdings. In the course of this, “The Famous Solo” very quickly crys­tal­lised as mu­si­cal­ly worthwhile. What came to light as a prob­lem during work on the publication was then – pa­ra­do­xi­cal­ly enough – the really o­ver­whel­ming source situation: The work seems to have been Dra­go­net­ti’s absolute “showpiece”; it has sur­vived in 13 (!) different sources for miscellaneous settings and in various work stages. Now, the de­cid­ing question to be cleared up first of all had to be the “definitive version”. What became apparent in the process was the fact that this is most likely to be an autograph version for double bass and string quartet. Although I had not at all sought this in London, I soon found this setting very appealing. Dragonetti quite sophisticatedly utilised the ac­com­pany­ing quartet in “The Famous Solo”, from accompanying in places the double bass ve­ry economically with only two violins in the 1st movement,… 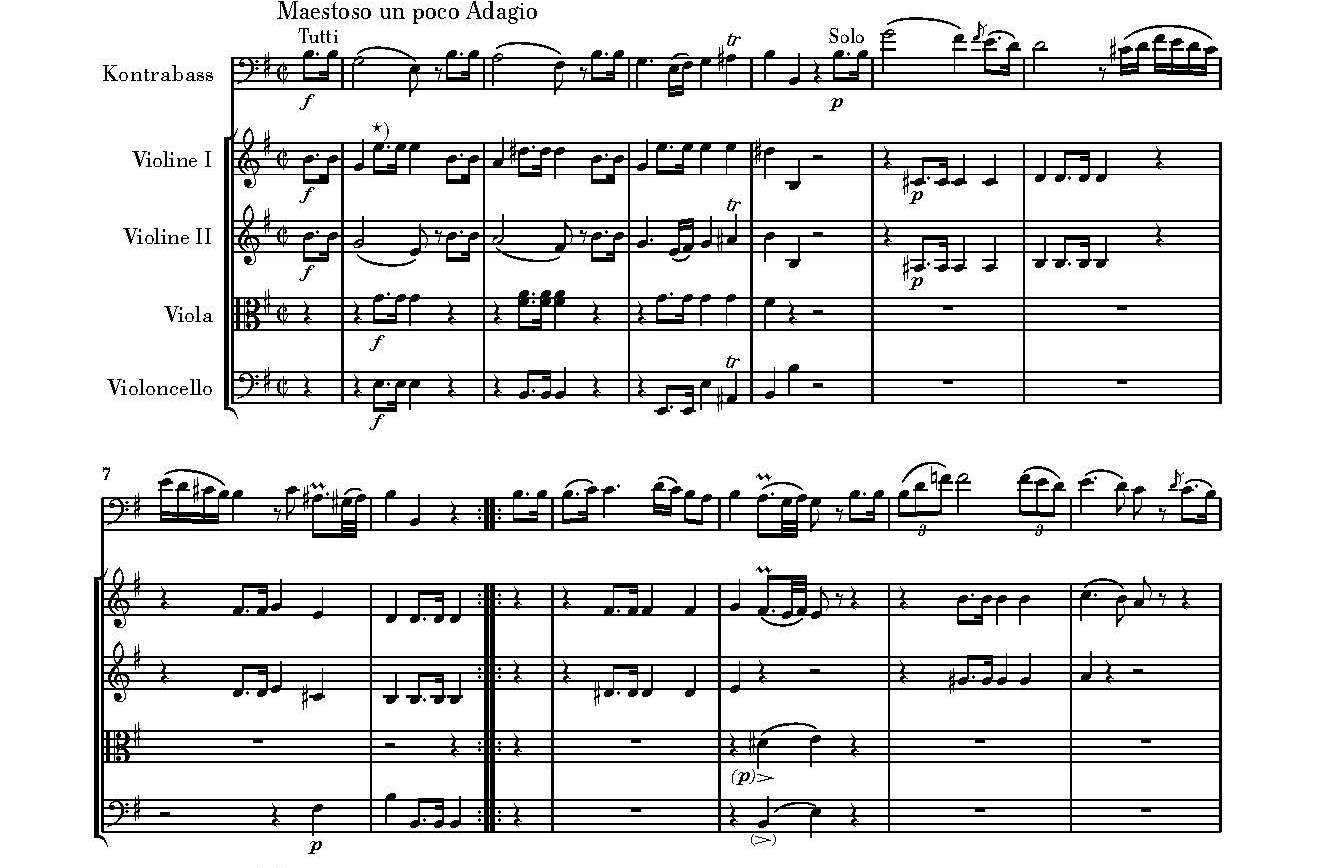 …right up to achieving nearly an orchestral effect in several sections of the rondo, as can be heard in our live recording on YouTube:

But found concurrently are also various contemporary piano arrangements documenting that Dragonetti himself did not play “The Famous Solo” only with orchestral and cham­ber-music accompaniment, but also with piano. Fortunately enough, the publishing house was immediately ready to incorporate both versions into the edition. Hence, this also enables the present-day double bassist to have Dragonetti’s historically-authentic fle­xi­bi­li­ty in scoring.

AO: What is actually the appeal for an active musician such as yourself in editing Urtext editions? Would musicians rather do other editions once in a while that provide for more freedom of arrangement?

TG: Unlike what might perhaps be supposed, I as a musician in no way conceive the pre­pa­ra­ti­on of an Urtext edition as a constraint, but rather as a refreshing concentration on what is essential and as an opportunity to scrutinise past performance conventions (even my own). At the same time, an editor has a lot of freedom and room for personal cre­a­ti­vi­ty in, for example, the cadenzas (for the so-called specific part in the edition). Even with “The Famous Solo”, each return of the rondo theme in the Allegretto was of course pro­vid­ed with an improvised mini cadenza, a so-called “introduction”, that in Dragonetti’s case is indicated only with a fermata. For the edition I have attempted in the brief ne­ces­sa­ry introductions to write in the style of the work, but in character, variously: 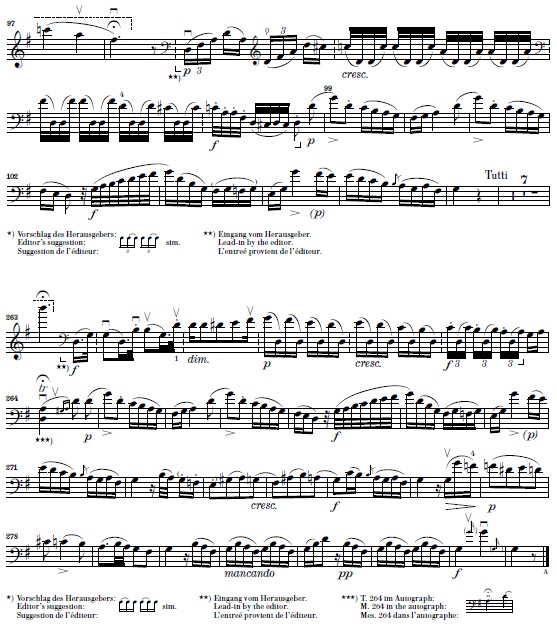 Concerning your question about “other” editions, individual works would in fact entice me, especially those not originally written for double bass. Nevertheless, since I am ra­ther crucially opposed to transcriptions, only pieces composed for instruments that are hardly still in use today come into question. So, for me Bach’s 2nd Gamba sonata BWV 1028 and Schubert’s “Arpeggione” sonata are at the top of my wish list. Both works have long been part of the standard double bass repertoire without having had available real source-critical editions for interested musicians. Outstanding editions of both works have already appeared, incidentally, in the Henle publishing house, not only for cello, in­te­res­ting­ly enough, but al­so for the viola sounding an octave higher. Why not then possibly also one for the double bass an octave lower…?

AO: Yes, here we’re at the difficult question as to how many arrangements are to be al­lowed in an Urtext publishing house (this was also pursued, incidentally, in a blog en­try…). But let’s return again to the influence of Glöckler, the practitioner, on the for­ma­tion of an Urtext edition. There is indeed not only the customarily marked string part in our case for which, besides fingerings and bowings, you determine cadenzas and in­tro­duc­tions, but also the specific double bass question of the “tunings” that play a great role.

TG: The background for this subject so often somewhat confusing for outsiders is the “solo tuning” introduced in the 19th century by Giovanni Bottesini, in which the double bass is tuned a whole tone higher in order to sound brighter and be more capable of penetrating. Practically speaking, it’s like this: the double bassist, for example, plays and fingers in D major, but is heard through the solo tuning in E major. So for this reason, the accompaniment must then naturally be in E major as well. This also explains why I cannot simply put the cello edition of the mentioned Bach and Schubert sonatas on the music stand.

In practice, the solo tuning has generally caught on in the soloistic realm, in auditions, competitions and at conservatories, at least in Europe. In Anglo-Saxon countries the “normal” orchestral tuning is more frequently used.

AO: And for that reason we likewise offer the accompanying parts for “The Famous Solo” not only in the notated key of E minor/G major, but also transposed a tone higher (for so­lo tuning) to F-sharp minor/A major. But with the Hoffmeister and Dittersdorf con­cer­tos there is more yet:

TG: Yes, as if this were not already enough of a challenge, there is still also the historic “Viennese tuning”, written for all the soloistic works of the Viennese classics. It is really a terrific experience to try out once long-known con­cer­tos such as the Dittersdorf or Hoffmeister in this wonderfully sonorous (and handy!) tuning. In the Henle e­di­ti­ons of the two concertos we have at­temp­ted with a practical fingering notation to reduce the “in­hi­bi­ti­on threshold” for Viennese tuning and to a­wa­ken inclination for the old tuning. It goes without saying that of course the “normal” doub­le bass parts for solo and orchestral tuning are also included in the edition.

AO: Apropos fingerings: Of whom are you thinking when notating this in a part?

TG: Fingering details are a difficult subject on the double bass precisely because of the variety of situations. I have myself often been annoyed by wrong numbers in wrong pla­ces. Therefore, I only very sparingly put fingerings in the part marked, and in doing so, accommodate then “every hand”. Through my pupils at the conservatory, I hope I have developed a really good “feel” for this…. The same is true of bowing notations: Due to the short bow – short in proportion to string lengths – there is seldom an “ideal” bowing sug­ges­tion with the double bass, but here each musician has his or her own experience. Accordingly, I hold back on this subject.

AO: How is Glöckler the musician to be distinguished essentially from the editor?

TG: A wide subject…. Totally on principle, as musician I try to figure out first what the composer wants to express in every work. Thus, I first need an unadulterated music text, free of well-intentioned editorial additions, alterations, etc. (the “old” Dittersdorf edition is especially full of these!) – this already says: Urtext edition. On that basis, I work out my interpretation, which can at times also differ in dynamics, articulation, etc., from the Urtext, as long as I have good grounds for it.

So, for example, in the Allegretto of “The Famous Solo” I play the rondo theme the last time as a boisterous stretta, bringing in the closing forte a measure and a half sooner and in staccato – none of that is in the autograph! 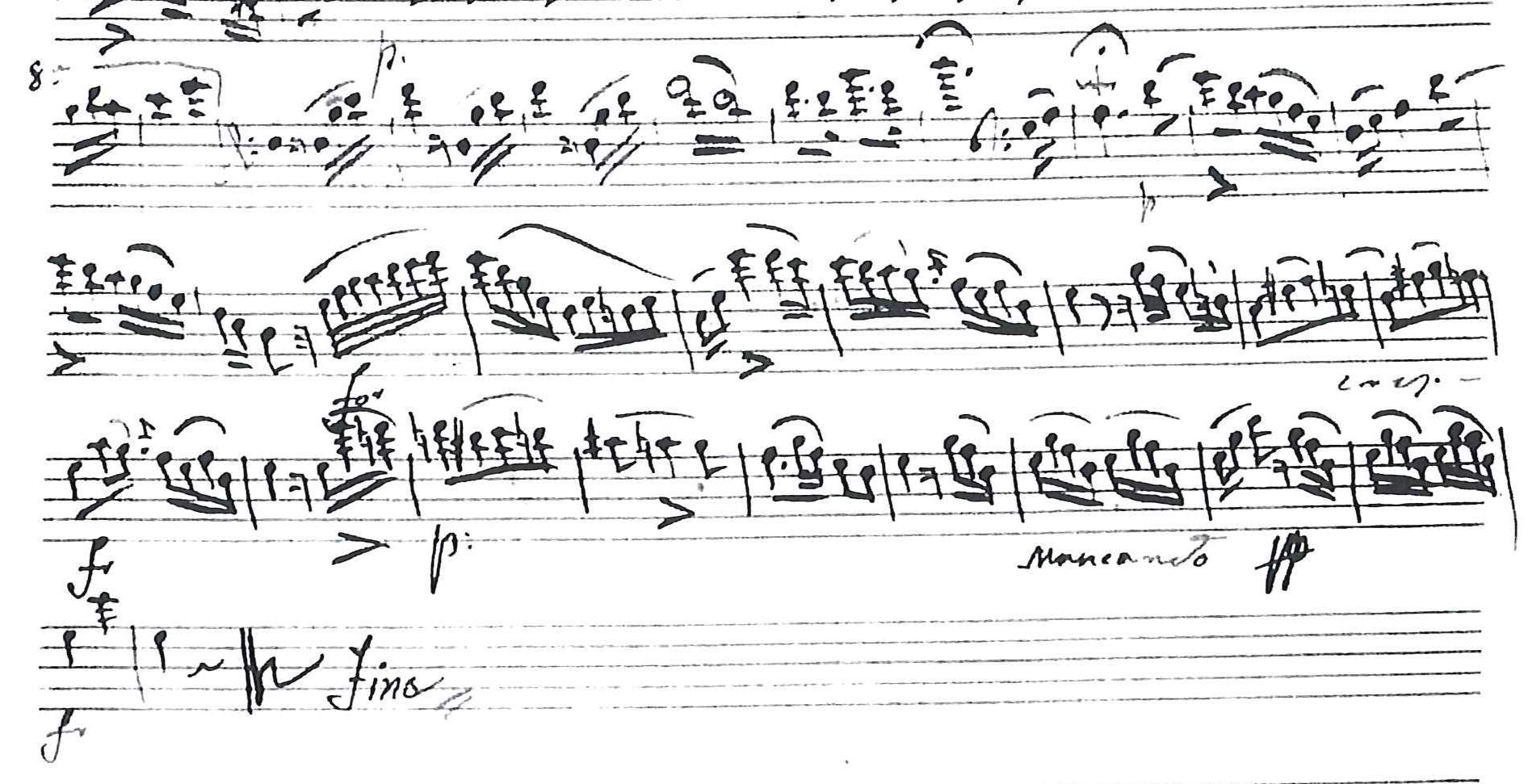 I am certain that here Dragonetti also especially teased out audience applause in some form or other, only he would not, of course, have had to write this down for himself in the notes. This freedom and the possibility of ‘personalising’ the reading are for me just what makes the music magnificent.

In contrast to this, as editor I work as objectively as possible, with virtually scholarly me­ti­cu­lous­ness (and of course always with the knowledge of the practical playing effects of editorial decisions). If even once in the process Glöckler the musician should ever gain the upper hand, there is indeed still the incorruptible Henle editorial staff…

AO: Would you like to see any additional features, any other layout, in our classical Ur­text editions?

TG: To me the concept of the classical Urtext edition is absolutely coherent. If I were per­mit­ted anything else, I would wish in the case of several editions for perhaps one page with source illustrations. The handwriting and the style of a music autograph already re­veal something of the character of the work and even convey to the more practically-o­ri­en­ted musician something of what it is specifically that constitutes an Urtext.

AO: Mr Glöckler, we thank you for this interview – and herewith invite all our readers to engage in the conversation about Urtext editions for double bass.