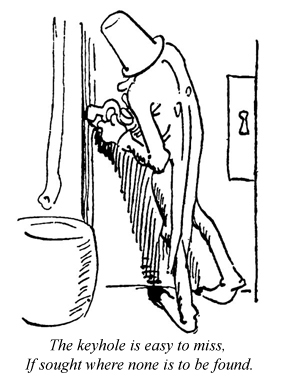 Fans of the humourist Wilhelm Busch will certainly be reminded of the story of Mas­ter Zwiel who, upon returning from a tav­ern on a cold winter’s night, stands at his front door with key already in hand and vain­ly seeks the keyhole.

The story ends tragically: Master Zwiel loses the key and falls while searching for it into a water barrel where he finally freez­es to death.

The finale of Robert Schumann’s string quar­tet in F major, Op. 41 No. 2, is not, in fact, quite so dangerous for violists, but there is a connection with Master Zwiel. For the musician also has in hand a key, as it were, but has to search for the matching keyhole – that is, the correct position for the key. [Translator’s note: The German word Schlüssel means both ‘key’ (as used in music notation and as well as in a lock) and ‘clef’, making sense here of the pun.]

Specifically, it is a matter of measure 182 in the finale movement’s recapitulation. Schu­mann notated in the autograph the change to the treble clef for the viola in measure 179 (and once again expressly repeated this change after the line break in measure 180), but then forgot to indicate the return to the alto clef: 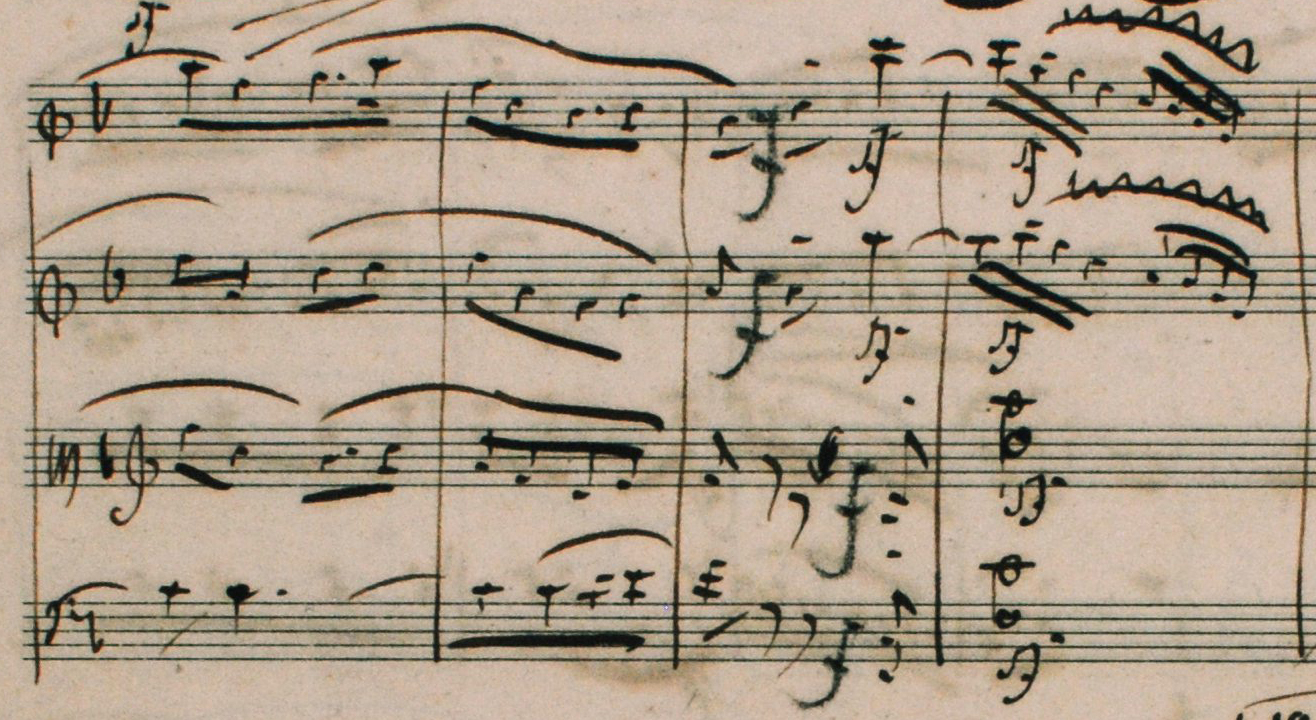 Measure 183 is unquestionably to be read in the alto clef, thus the interval e1/b♭1 – har­mo­ni­cal­ly excluding any other reading. But what then about its upbeat eighth note? Is the missing alto clef to be added beforehand or afterwards? Is the eighth note to be played as c (alto clef) or as b♭ (treble clef)? At first glance the situation appears clear enough: The F-ma­jor triad intoned by the other instruments suggests the fifth, c. So, without com­ment, several editions have added the missing clef before the upbeat eighth note.

This position conflicts, though, with the prints that Schumann himself proofread: 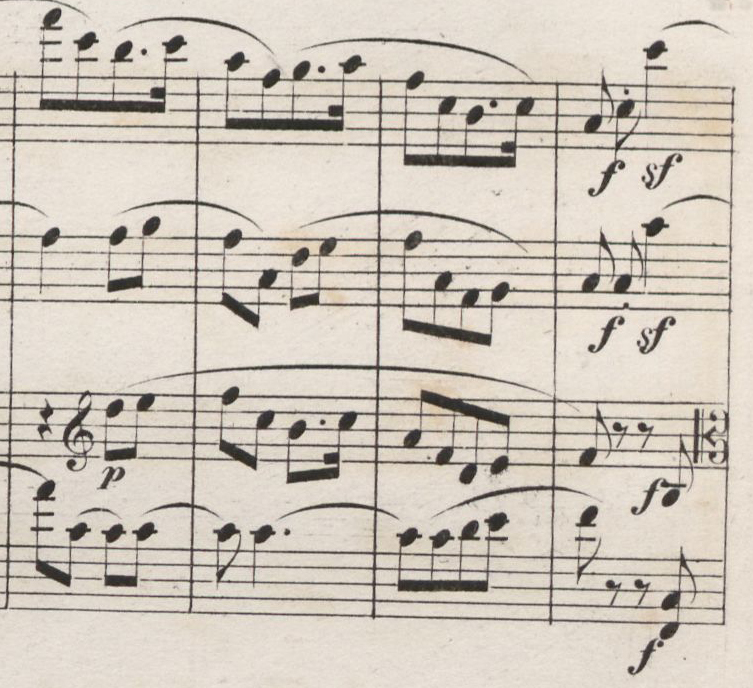 Of course, we cannot rule out that an en­grav­er’s error was overlooked in the edition of the parts and – since the engraved score was based on the parts e­di­ti­on – later ar­riv­ed at the score unnoticed. But would such a striking mistake have actually escaped Schu­mann twice?

It would have been indicated in the copy of parts checked through by the composer that he had had made from his autograph score for all three string quartets and that served as model for rehearsals and performances as well as also for the printing of the parts e­di­ti­on. There, the copyist Carl Brückner must have added the clef or else at least referred to the missing clef that may even have been added by Schumann himself. Alas, only the copy for the first quartet in A minor is extant – lacking to date is any trace of Brückner’s copies of the quartets in F major and A major.

Remaining as a further clarifying possibility is a look at the parallel passage in the exposition (measure 40): 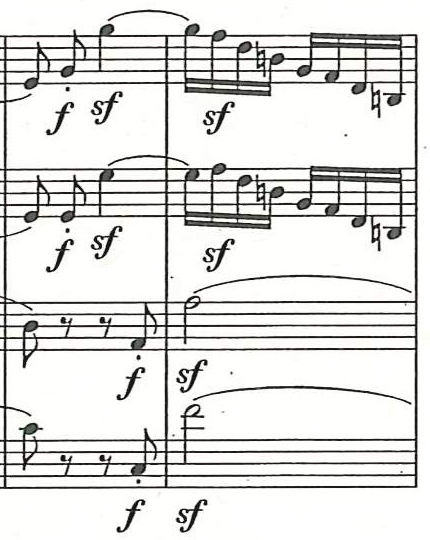 There are indeed no clef problems here, since the viola stays in the alto clef. Nevertheless, occurring over and above the tonal relocation (C-major ex­po­si­ti­on; F-major recapitulation) are small variants in the structure that make direct comparison difficult. In fact, the viola’s upbeat eighth note in measure 40 is, on the one hand, at an interval of a fifth from that of the cello (cello c, viola g), suggesting the reading c in measure 178 (cello F/c, viola c), but on the other hand, lost with this reading is the viola’s octave leap (g–g1 in measure 40 f., b♭1 in measure 182 f.), con­sti­tut­ing a striking motivic element of this movement. But what if, though, the b flat in measure 182 were not an unusually harsh dis­so­nance against the F-ma­jor triad? It can be countered that there are dis­so­nant seconds in measure 41 (cello f1, viola g1) as well as also in measure 183 (lower pitches, cello f, viola e1). It could also be entirely possible that in the recapitulation Schumann still wanted very deliberately to accentuate the har­mo­nic tension already appearing in the exposition through the violin’s sustained notes. Cer­tain­ly, looking at the parallel passage does not lead to any clear conclusion.

So, the editor of our about-to-appear new edition of the three Schumann string quartets (Urtext HN 873, study edition HN 9873) has decided to give preference to the reading of the first edition, indicating in a footnote, however, the comments referring to the source situation and parallel passage: 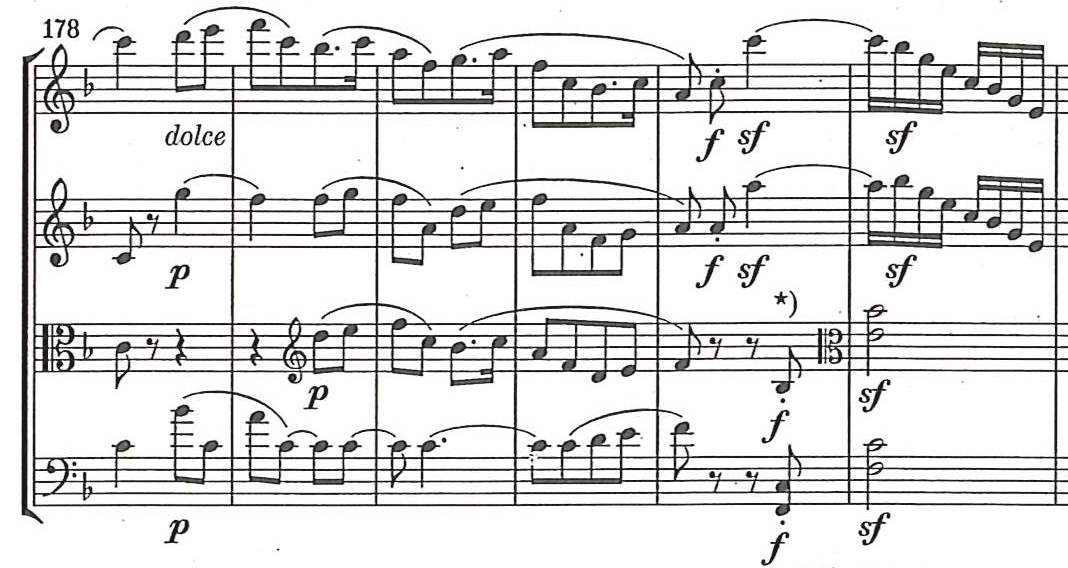