Posted on October 13, 2014 by Norbert Müllemann

For some time past 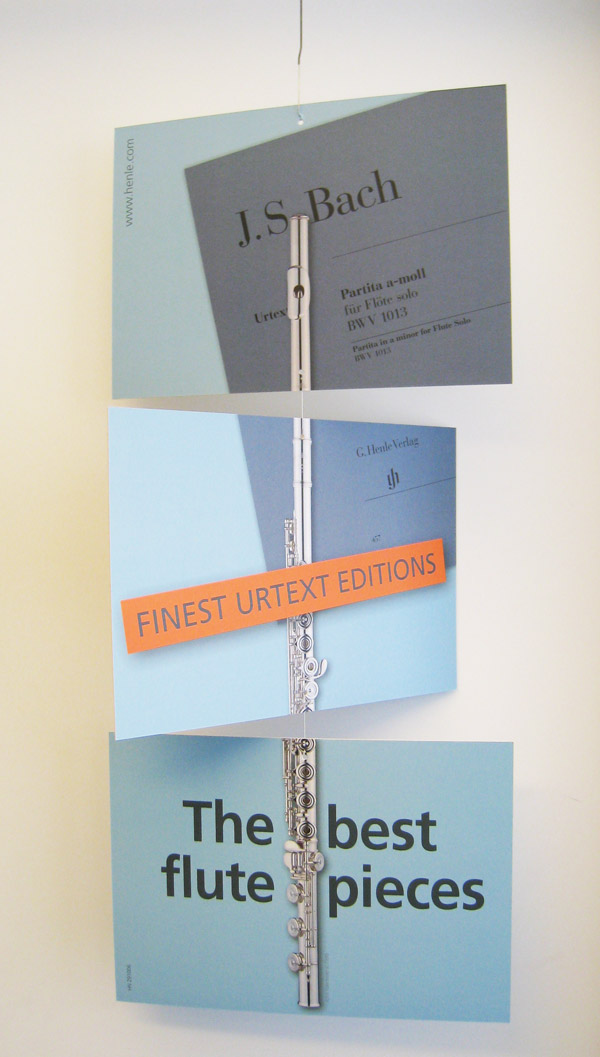 the G. Henle publishing house has been setting for each calendar year sales-related scheduling priorities to be accompanied by special promotions and advertising materials.
We have proclaimed 2014 the year of the study editions (catalogue and video clips here) and the flute.

Flute literature is in good shape in the  Henle catalogue (flute solo, flute and piano, including piano scores of flute concertos). Ahead of the flute year our editorial staff did, of course, take into consideration where we could still fill in gaps and consequently publish such important flute literature as you would have up to now found missing in the catalogue. Thus, already appearing in 2012 were Joueurs de flûte by Albert Roussel (HN 1092), the solo sonata by Carl Philipp Emanuel Bach in 2013 (HN 555), the Op. 34 suite by Charles Marie Widor (HN 1218) in 2014, together with the 12 fantasias by Georg Philipp Telemann (HN 556).

Amongst these four titles Bach and Telemann occupy a special position. Both titles are for flute solo and in the broadest sense come from the domain of ‘early’ music. In planning and working out the editions all Urtext aspects of both works were explored as a matter of course (see on this also the blog posting for the Bach Sonata). In both cases, however, the source situation is ‘simple’, for in existence as the only source from the sphere of each composer is the first edition leaving virtually no questions open. It was all the more important to give thought to the practical configuration of these editions. We have therefore kept our ears open and tried to find out what the flautists of our day would really like to have – aside from urtext, preface and comments – when they want to purchase a new edition.

To ensure an authentic performance, fans of  ‘early’ music like to play from historic sources, since early manuscripts or prints convey valuable information that sometimes gets lost in an edition. Both the works of Bach and Telemann mentioned exist, too, in sources that give pleasure to every musician, since they are unusually legible and lucid. In the case of the Telemann fantasias, the sources have furthermore a special value. So far as we know the composer himself was responsible for engraving the first edition.  This may be the reason that the source is largely free of errors and was also carefully arranged for practical use: Telemann takes great pains to situate the musical material of every fantasia on a single music page.  This is clearly laid out and user-friendly for turning pages – even if in order to do so Telemann had to make the note heads in some places extremely small. A fascinating document without doubt is this first edition. For these reasons we have decided to add to both the Bach and Telemann editions reproductions of the complete sources – each of them furnished with bar numbers to facilitate orientation when playing from the reproduction and comparing with the edition. 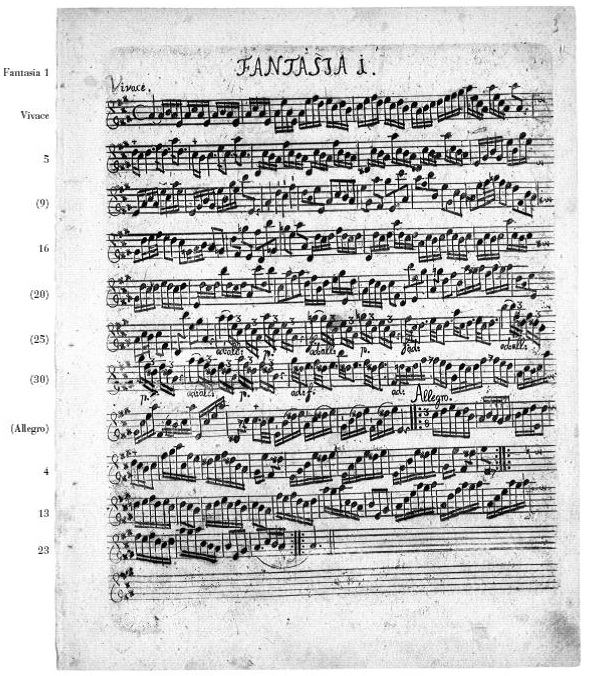 As if that weren’t enough, the relationship between notation and execution in ‘early’ music is different from what we are used to in the classic-romantic repertoire. Simply stated, we can be rather sure with typical Henle titles such as piano music by Beethoven or Schumann that what’s in the notes is also what’s to be played. In early music this is often not the case.  Ornamentation and improvisation beyond what was notated were under certain conditions explicitly desired. There are places in the Telemann fantasias that are so ‘bare’ that as musicians we have to make something of them. The question is – what?

Specialists are of course familiar with this; musicians trained in the classic-romantic repertoire may occasionally be at a loss. Our idea therefore was to get specialists for the Henle edition. In brief commentaries they were to offer assistance in filling out the empty spaces left by the composer. For the solo sonata by Carl Philipp Emanuel Bach we brought Karl Kaiser on board at Henle, for the Telemann fantasias, Rachel Brown.

Both flautists base their considerations on historical documents for performance practice coming from the pens of the respective composers. Consequently, these commentaries draw as much as possible on the original sources and ‘Urtext’.

Cited here as an example is a melodic fragment from Telemann’s 11th fantasia (bottom line), with above it the suggested optional ornamentation by Rachel Brown. 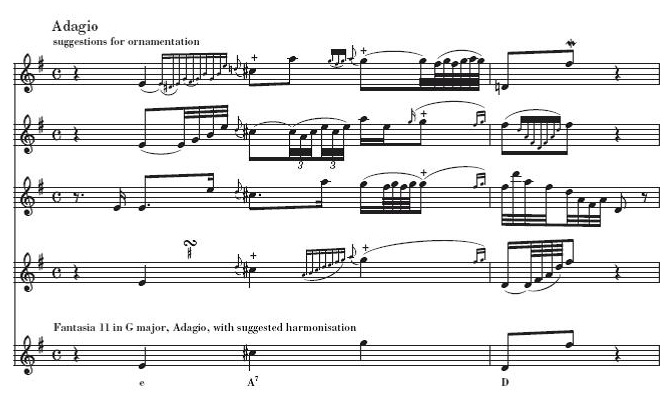 Click here if you want to read the complete commentary to Bach or Telemann (simply scroll down after the Bemerkungen / Comments to the Anmerkungen zur Aufführungspraxis / Notes on performance practice).

The two new editions with works for flute solo are thus something entirely out of the ordinary (incidentally, in a short video clip – German language – on our Website, our editor Marion Beyer gets to the heart of these distinctive features of the Telemann edition). In the year of the flute, have a fresh look yourself at the Henle flute catalogue!