Musicians have long known that not only pianists and string players get to enjoy first-class Urtext editions from the Henle house – our catalogue also has on hand a rich offering for winds that we are continually expanding. The current year’s focus on the “Flute”, now just drawing to a close (see this blog posting), underlines the special attention that we are devoting to the woodwind repertoire (not to worry, we’re not leaving out the brass family).

The clarinet is, after the flute, the most strongly represented wind instrument in our publishing-house programme: our catalogue has available, alone, 17 editions scored for clarinet and piano from the Classic-Romantic core repertoire, among them Mozart’s clarinet concerto, of course, as well as the two concertos and concertino by Carl Maria von Weber, in addition to the great works by Mendelssohn, Schumann and Brahms, up to the dawning modern era with Debussy, Reger, Nielsen, Berg and Busoni. And also for chamber-music settings using the clarinet there exists a manifold selection of editions – mentioned as only representative examples are Mozart’s Clarinet Quintet KV 581 (HN 769), Schubert’s Der Hirt auf dem Felsen (The Shepherd on the Rock) D 965 for voice, clarinet and piano (HN 969), Brahms’s Clarinet Trio, op. 114 (HN 322), and Leoš Janáček’s ravishing suite Mládí (HN 1093).

Now, clarinettists can look forward to two exciting new editions soon to be published by us – and we’re also pleased that with these in our catalogue we can include two new composers who have been game changers for the clarinet, its repertoire and its recognition as a fully equal solo and ensemble instrument: Louis Spohr (1784–1859) and Bernhard Henrik Crusell (1775–1838). 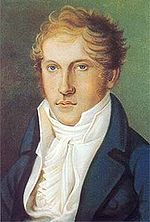 Spohr’s concertos are often mentioned in the same breath with Weber’s, also representing, after all, a milestone in the early solo clarinet repertoire at the start of the 19th century. Spohr’s Clarinet Concerto in c minor, op. 26 – the first of a series of four concertos that he wrote for the virtuoso Johann Simon Hermstedt – has lost nothing to date of its Romantic magic. As the first Urtext edition, our edition (HN 995) analyses, besides the Leipzig first edition of 1812, also Spohr’s meanwhile-discovered autograph full score, and thus can do away with numerous inaccuracies of earlier editions. Furthermore, our editor Ullrich Scheideler discovered in this score, located in the archives of the Allgemeine Musik-Gesellschaft Zürich, interesting handwritten addenda to the solo part, which could definitely go back to Spohr or perhaps even come from him personally, and which will therefore be documented in detail within the appendix to our edition.

A further “titbit” of our edition: a reproduction of the historical preface to the first edition (with English and French translations), in which Spohr goes into the innovations in clarinet construction, path-breaking at the time – the soloist Hermstedt had had numerous new keys attached to his instrument expressly for the performance of Spohr’s concerto and thus contributed decisively to the advance of the clarinet’s playing capability and tone quality.

And for everyone who not only studies the concerto, but would also like to perform it with orchestra: the edition has come into being in well-established cooperation with the Breitkopf & Härtel publishers in Wiesbaden, where the full score as well as the complete orchestral material will be obtainable to go along with our piano score. 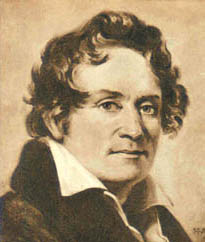 Bernhard Henrik Crusell is a lesser-known name today, though during his lifetime he was celebrated in Europe as clarinet virtuoso, and his own concertos probably enjoyed no less esteem than those of Spohr’s. Among today’s clarinettists Crusell has long since given up his status as a “sleeper” and is again regularly performed and recorded on CD. All three of his clarinet concertos are appearing in the G. Henle publishing house in reliable new editions, the first being the Concerto in f minor, op. 5 (HN 1209).

For the edition of the three Crusell concertos, we have gotten Nicolai Pfeffer – not only an already experienced editor, but at the same time also an outstanding clarinettist who can also carefully examine the sources from a musical and playing-technique perspective for possible printing errors and inaccuracies. This is all the more important, since, for instance, unlike with the Spohr concerto, the autograph of the f-minor concerto has so far unfortunately not been retrieved, so that the Leipzig first edition of 1817 constitutes the only authorised source.

Located here in the preface to our edition is also a wealth of interesting detail on the genesis of the work, in which we could draw on Crusell’s previously unpublished letters to C. F. Peters and with the aid of old publishing-house advertisements could also more precisely give the publication date of the first edition (dated as yet 1818 in the literature).

You see, with us there continues to be much to discover about the “Clarinet, this (…) certainly most quintessential of all wind instruments” (Louis Spohr)…