Posted on January 19, 2015 by Norbert Müllemann 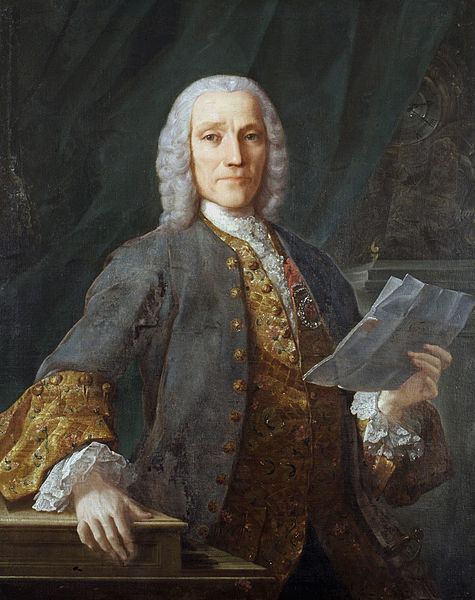 Though Domenico Scarlatti (1685–1757) was indeed born the same year as Bach and Handel, he occupies an exceptional position amongst Baroque composers. Playing his harpsichord music is a seemingly carefree joy: virtuosic, sensuous in sound and so not at all cerebral. Scarlatti himself turned to musicians with the following words in a printed edition: “Whether you be dilettante or connoisseur, seek not profundity in these compositions but rather artistic ingenuity and delight with the object of exercising freedom on the gravicembalo.“ The Gravicembalo is the harpsichord – and yet it is astonishing that Scarlatti’s music really sounds so good on the modern concert grand. All great pianists have offered proof of this, with Vladimir Horowitz leading the way:

Obviously then Scarlatti is not absent from the Henle catalogue. Three volumes of Scarlatti sonatas appeared in 1985–1992 (HN 395, 451, 476). They really are something absolutely special: Well-known works side by side with curiosities – there are even four first editions in volume I! For all those who only want to deal in repertoire “winners”, we are meanwhile offering separate editions of the following sonatas: K. 9, K. 141, K. 159, K. 380.

However, since many pianists might miss their favourite sonatas in our three-volume selection, the Henle editorial staff has already long since been pursuing plans to publish a fourth volume, a “Best of Scarlatti”. Pianists were polled beforehand and CD playlists ploughed through; the process of selecting from the sheer fund of over 550 sonatas was not easy. We managed, though, to assemble a volume of the 32 most popular sonatas, an ultimate choice to effectively round out our Scarlatti list.

If the preliminary work was already tricky, then the edition itself was even more so. Scarlatti sonatas have come down to us in a confusing number of sources, primarily manuscripts – though not a single autograph amongst them. Known perhaps to a larger public are the splendid manuscripts from Venice and Parma (Scarlatti sources are always named after their present repository locations). They originated within the composer’s immediate milieu and so have special significance. Extant beyond these are numerous collective and individual manuscripts. First prints from England and France that were evidently authorised augment the large source inventory. It is therefore no wonder that some of the sonatas in our volume are extant in nine sources.

Nine sources – that would be easy to manage if clear-cut relationships could be established amongst the sources themselves. That way some copies could be successfully excluded as not editorially relevant. And, in fact, repeatedly detected traces of transmission can permit source grouping. Nevertheless, each one of these sources contains variants often found only there, whose provenance cannot be explained. That Scarlatti was not involved in these variants cannot normally be proven. So, the multitude of possibly authentic variants must be documented. We are doing this – as already in volumes I–III – with the aid of a detailed footnoting apparatus. However, we have always been able to decide on a main source for the actual music text of every sonata.

The g-minor sonata K. 8 is extant in 7 sources. The differences amongst the sources are great enough to even suggest two versions of the same sonata. Four sources (amongst them, the important print “Essercizi” and the Münster copy) transmit version 1, two sources (amongst them, the French print by Boivin) transmit version 2. The English edition by Roseingrave, astonishingly enough, presents both versions. The second version is headed l’istesso Allegro. Differente. So there is no doubt that both versions were already circulating in Scarlatti’s lifetime (Roseingrave’s edition appeared in 1739). Therefore, we too present the g-minor sonata in two variants. A glance at the 1st line of music makes the difference clear – rhythmically here, especially.

The numerous readings for the virtuosic D-major sonata K. 33 are extant in altogether 8 sources. That the introduction (mm. 1–17) can be found in only two sources is particularly striking; the remaining six sources begin with m. 18. 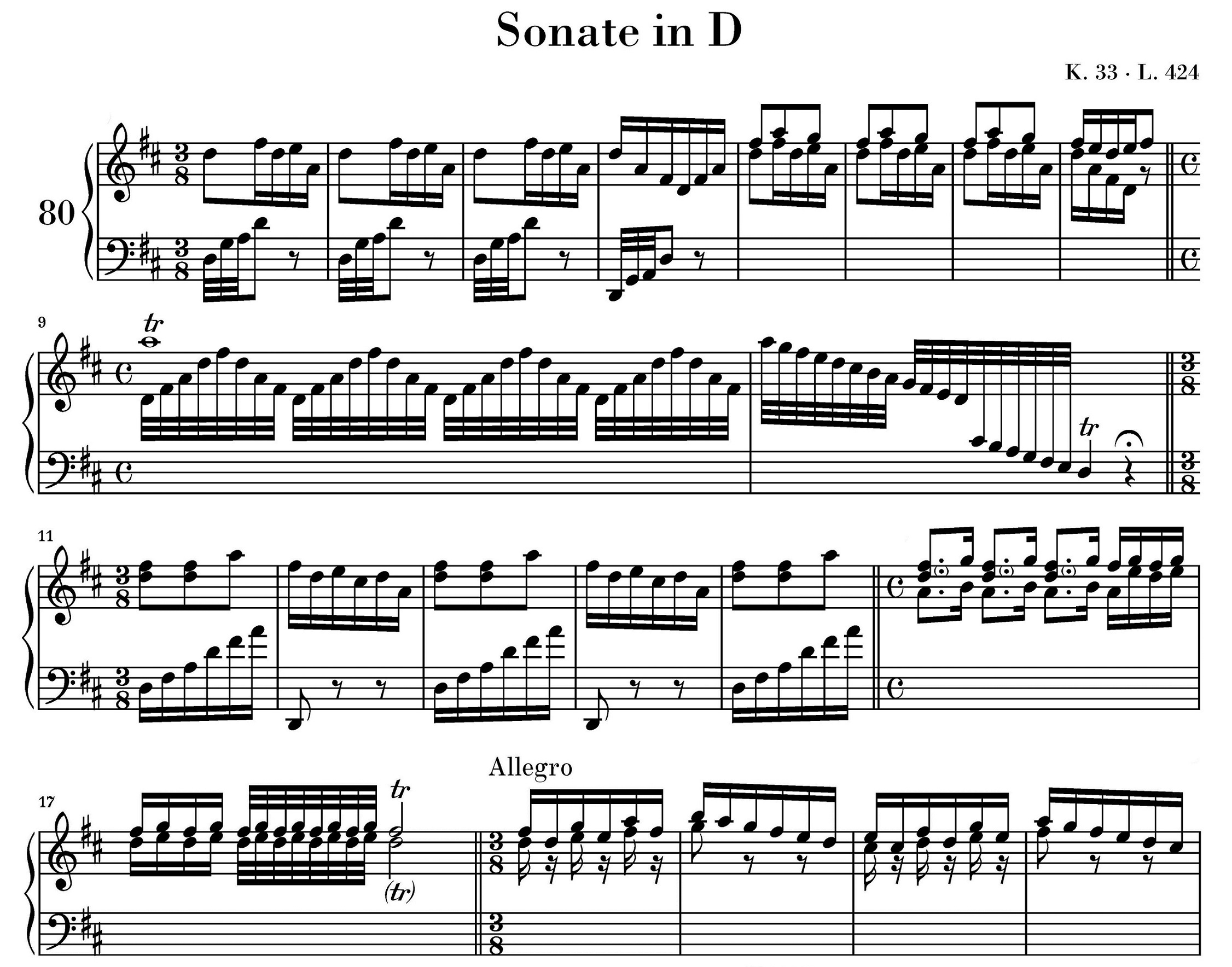 And even with respect to the introductory 17 measures, the two sources are at odds. The music text shown above comes from the main source, the Venice copy. Above m. 16 in the print by Boivin is Largo, on the other hand, and contained here and in the subsequent measures of the lower staff are the notes:

These two examples may suffice to illustrate the complicated source situation for the Scarlatti sonatas. What, on the one hand, puzzles editors of our day, reveals, on the other, something of the status of this music in 18th century Europe. The great number of contemporary sources gives evidence of the large circulation of Scarlatti’s sonatas – the variants suggest beyond this a living performance practice. The music was dealt with creatively, subject in all likelihood to its composer’s approval. This may absolutely be an incentive and inducement for harpsichordists and pianists of our day!