In my last blog posting I reported on my current, exciting editorial work on Mozart’s string quartets. It was about a small, but yet audible correction of a “mfp” in the cello solo of the slow movement of the second “Prussian” String Quartet K. 589. To my way of thinking, all the editions misrepresent this spot. Today’s brief posting augments this: It’s about the start of the development in the first movement of the so-called “Hoffmeister” Quartet K. 499. This spot makes still more blatantly clear why to date Mozart’s string quartets are not yet available in the best possible music edition.

There’s no string quartet ensemble that doesn’t play forte or even fortissimo to intensify the dynamics at this magnificent spot; the contrast to a wonderful pianissimo spot just before it could not be greater, as you can hear for example in this recording by the Hagen-Quartet:

Musicians can indeed hardly do anything other than play “forte” here, for that’s the way it is in the Bärenreiter edition and in the old Peters edition (and in the late 19th century print editions). But: the forte is wrong; in any case, no way does it come from Mozart. The editor of the New Mozart Edition (= Bärenreiter Urtext) does, in fact, correctly note in his “Critical Report” that the forte, “f”, in the autograph is recognisable as having been added later in red crayon; then, however, the wrong conclusion follows: “Very likely autograph“. Anyone who knows Mozart’s handwriting somewhat will only shake his/her head at this error in judgement. The relevant autograph page clearly shows a different hand, adding between the staves (in the 3rd measure of the page illustrated) the “f” contoured twice as large in size, and then in the accolade underneath (measures 114/115) a meantime very faded piano, “p” (the editor also erroneously took this as “very likely autograph” and printed it without annotation). In the first edition by Anton Hoffmeister (Vienna, 1786), there are no dynamics whatsoever at the spot(s) in question – why so? The copyist writing out the parts from the autograph had as model at this spot a text without dynamics.

Besides the fact that anyway this is not Mozart’s hand, we might wonder what really could have caused him to later make such an important addition to the dynamics at this spot. Only, after all, during the process of composing and writing the text down, before a copyist wrote out the parts and before the engraver engraved the music. Because a later correction in the autograph could no longer change anything at all once a text passage, wrongly or inadequately (thus, for example, without dynamics), was already out in the world in a printed edition. (That’s why in Mozart autographs we can often enough recognise that he actually added dynamic markings in a second pass-through, but always in ink and pen, before handing the score over to be written out by a copyist.) 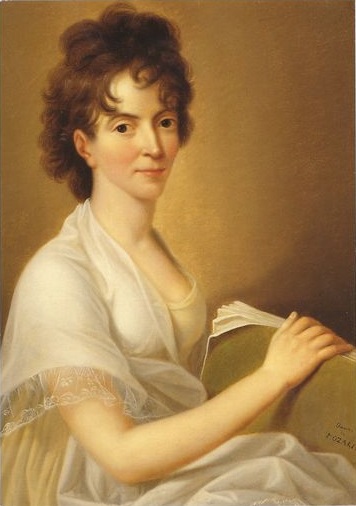 The “f” and “p” first turned up in the print tradition in the very first new print based on the first edition published in 1793 by Hummel (Amsterdam, Berlin; plate number PN 902). And to be sure, only in the first violin part. Hummel or a musician working for him evidently felt the urgent need to add what to him was the missing dynamic marking (or his model, the Hoffmeister first edition, had taken a musician’s entry there at face value). And it is indeed certainly interesting historically that only the contrasting dynamic forte was apparently to be considered for the beginning of the development. As far as I can see, the musically much more delicate and effective continuation in piano or even pianissimo did not even cross Hummel’s mind. A year later, in 1794, the Offenbach publishing house André engraved and published the “Hoffmeister” quartet for the first time (PN 667), and at that, clearly from the Hummel model. To be found here in the first violin is also the wrong dynamic marking.  When then in 1799/1800, André acquired Mozart’s autograph estate from Constanze Mozart, he immediately published a new printed edition (re-engraved) of the Mozart quartets, including also the “Hoffmeister” quartet (Offenbach, 1800; PN 1444).  The wrong dynamic marking can be found here – but for the first time in all the parts:

But that still doesn’t explain how this dynamic marking came to be in Mozart’s autograph. The reason is obvious, in my opinion: André or a musician preparing the new printed edition for him, compared the precious manuscript, now in André’s possession, with his original printed edition of 1794. At the start of the development of K. 499/1, the supposedly “missing” forte, “f”, and piano, “p”, struck him and so he quickly added it by hand in the autograph. This is how then this unauthorised marking came to be in his new reprint. This, in turn, was reprinted – to date – by many publishing houses, for on the title page André bragged about possessing the autograph and hence the unquestionable correctness of his edition: “Edition faite d‘après le manuscrit original de l’auteur [Edition made from the composer’s original manuscript].”

André and probably another unidentified hand from his workshop also left their traces, incidentally, in other Mozart string-quartet autographs. And to be sure, always in the matter of added dynamic markings (K. 428, 464 and 465 – if you’re interested in the exact locations, please send me an email).

Bottom line for the string-quartet player: At the beginning of the development in the first movement of the “Hoffmeister” Quartet K. 499 you are free to decide which dynamics to choose. Either you rely on the fact that Mozart, because he did not prescribe any dynamics, intended that the pianissimo continue (my personal belief). Or you try out your own dynamics to suit yourself, because the inauthentic “forte” found in all editions, as well as the “piano” entered shortly thereafter are only one of many possibilities. (Often enough, incidentally, when playing “forte” in measure 101, the most important part at this spot, that is, the cello, is completely covered – you may listen again to the above cited recording.) The first dynamics actually coming from Mozart are not to be found until in measure 126 (“crescendo”). One more argument for continuing the “pianissimo” at the start of the development, aside from its wonderful, sonorous effect: The same musical situation as at the beginning of the development exists at the beginning of the coda (mm. 243 ff.). And Mozart again writes “pp” before the repeat sign (and so it is also in the first edition), after that, no dynamics of any kind. The early 19th century also has nothing to quibble about in that, which is also why the New Mozart Edition (= Bärenreiter Urtext) is quite correct at this spot, which in turn is why here all the quartets rightly conclude the movement in a wonderful pianissimo: