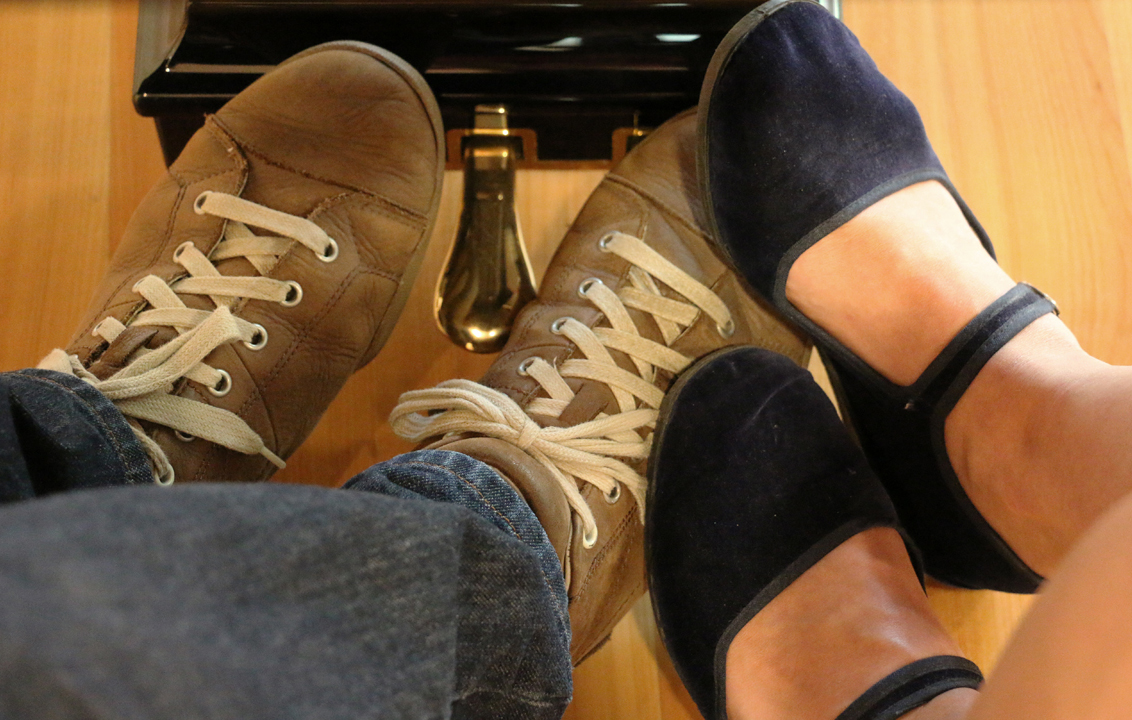 Nowadays we automatically associate music for piano duet with the 19th century. It is the very definition of the domestic-music genre. Many in the Biedermeier world could play piano and really make quite illustrious music in a duet with relatively little effort – that is to say with modest technical ability. It is therefore precisely in piano lessons that piano-duet playing is much and eagerly practised today. The teacher mostly plays the Secondo part (and thus ensures an orchestral foundation), while the student is taxed with the more easily managed melody-carrying Primo part (we need only think of works by the inevitable Anton Diabelli). Feeling of success guaranteed! And to make the whole thing sound still better, the teacher works the pedal on the right during the playing. 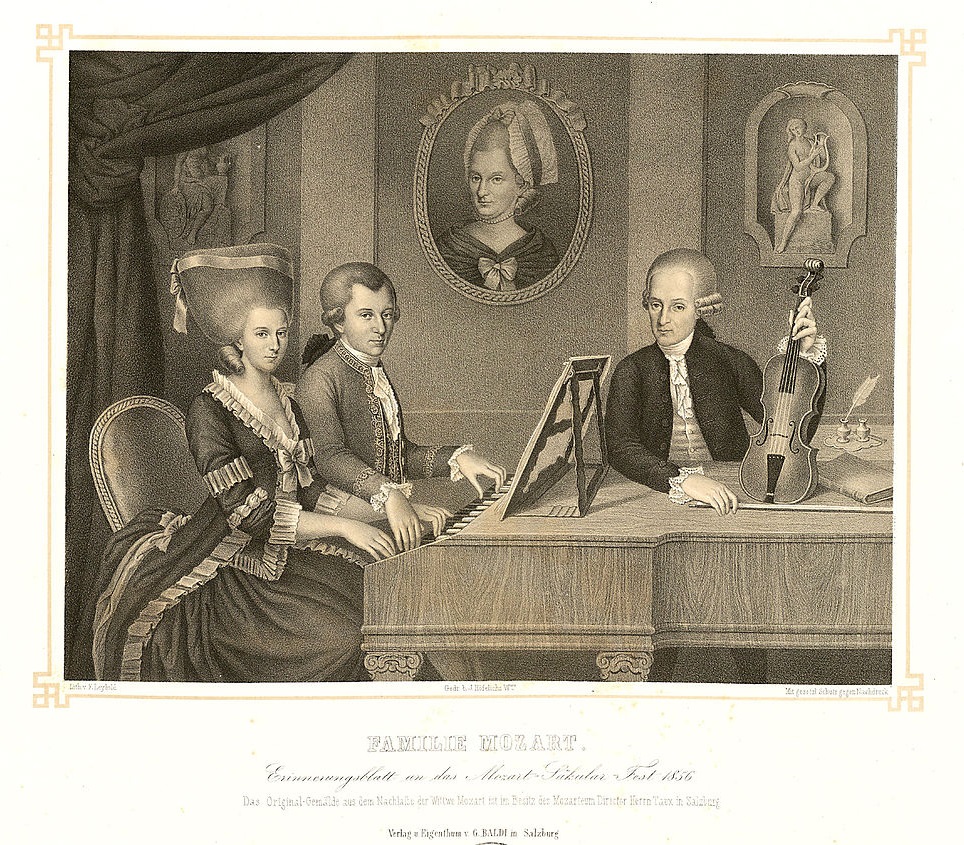 Four-hand piano music evolved rapidly, however, in the 19th century – and increasingly away from the image of educational literature. Particularly popular are arrangements of orchestral music that could well be reproduced this way at home on the piano. But also composed increasingly were “real” works for this setting, on a par in depth with music for piano solo. Mozart already contributed great compositions (HN 932) for this purpose, and Schubert undoubtedly represents the first high point in the development of four-hand piano music (HN 94, 96, 98). Great and virtuosic concert literature originated, such as Bizet’s Jeux d’enfants or Brahms’s Hungarian Dances, in which Primo can no longer take refuge behind Secondo.

What, however, remains in general practice was the custom of leaving the pedalling to the Secondo. Why actually?

Perhaps it is a holdover from the student/teacher situation, though conceivably it is also due to the fact that the harmonic development of the music is usually better reproduced in the Secondo part. But perhaps there are also purely “physical” reasons: For the Primo player sitting relatively far to the right in duet-playing, the sustaining pedal is simply too far away from the right foot (conceded: the player could also pedal with the left foot).

In Antonín Dvořák’s Slavonic Dances, op. 72, the classic operating position is at any rate documented in the sources. In the autograph the composer indicates the pedal marking below the bass stave of the Secondo part (see the following illustration. We see the score notation, that is, notating Primo and Secondo above each other rather than separately as parts).

The first edition (now in parts) adopts this and prints the pedal marking only in the Secondo part, but not in the Primo part. It is clear here who is supposed to do the pedalling.

Georges Bizet went to more trouble: In the autograph of the Jeux d’enfants, he notated the pedalling twice, that is, for both parts, Primo as well as also Secondo.

This doubling was adopted in the print, where both parts consistently contain pedal instructions. Makes sense, I think, because why shouldn’t the Primo also have the option to take on the pedalling?

Similar thoughts must also have taken place during preparations to publish Dvořák’s Legends, op. 59 (shortly to appear). In the autograph of the score, the composer notates – just as in the Slavonic Dances – pedal markings below the Secondo accolade.

Differing from this in the first edition are surprising pedal indications in both Secondo as well as also Primo parts. So, composer or publisher must have decided to make it possible for the Primo player also to do the pedalling.

There is, however, a problem: What happens when one of the two parts is at rest? The first edition is really strict there and always puts the pedal sign only where the notes are actually played. The unfortunate consequence of this is that the pedal marking in Primo and Secondo is not the same in several places.

What to do? Follow the source strictly? I think that a good edition must suggest a solution here and intervene in the main source (= first edition). Our editor has done precisely this and “normalized” the pedal indication, aiming, that is, for congruence between Secondo and Primo. A perhaps annoying effect: Here and there pedal signs show up in measures of rest.

But isn’t that the most accommodating solution in playing experience?

4 Responses to »Who does the pedalling? On the use of the pedal in music for piano duets«