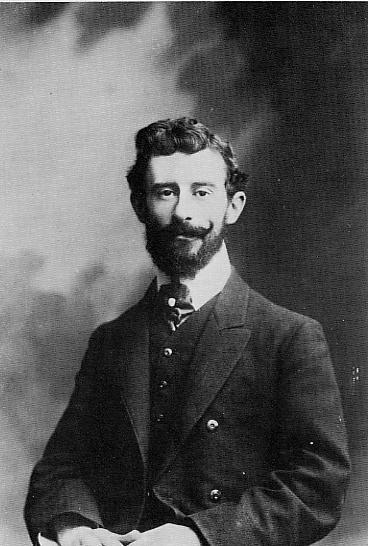 During my assistantship this past year as Henlean, I was allowed to take on all kinds of tasks in the G. Henle publishing house, everything from discovering something new, being creative, reading the most beautiful music, celebrating events, to learning much and editing my own blue Urtext edition: HN 1260. The Pavane pour une infante défunte [Pavane for a Dead Princess] is a small composition by Maurice Ravel that he wrote in 1899 for piano and later reworked for orchestra. As a nice addition to our Ravel repertoire and with a supposedly “simple” source situation, this project was also to have been for me a good introduction to the work of an editor, but with every reading of the sources new questions kept surfacing. Even now after the publication of the edition I am still thinking about one of them, for I have not found any conclusive answer to it: At what tempo does Ravel’s Pavane “die”?

The Pavane was already well received by its audience in Ravel’s lifetime and was distributed in numerous arrangements for various scorings. Concerning the somewhat strange title of the composition, Ravel is later to have said that he chose it primarily because he took pleasure in its alliteration (infante défunte). But at the same time he admitted that the music evokes “a pavan that a little princess might, in former times, have danced at the Spanish court”. 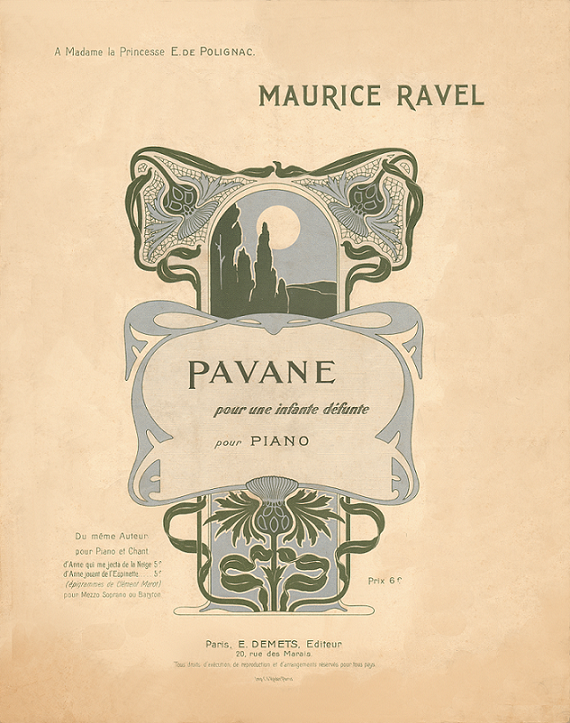 Titel page of the first edition from 1900

But if we now want to play it so that a little princess can dance to it, we must address its tempo, for the history of both the work and its editions offers differing, to some extent conflicting, information. In the editions of the piano version up to 1913, the metronome marking reads ♩ = 80. Starting with the 5th issue (1913), this indication was, however, changed to ♩ = 54. A causal connection presumably exists here with the orchestral version, whose 2nd issue of 1912 likewise gives the tempo as ♩ = 54. It is unclear whether this change goes back to Ravel, since he neither corrected the metronome marking in his personal copy of the first edition for piano from 1900 nor notated any tempo indication in the autograph of the orchestral version, and there is no evidence that the composer was involved in the later issues of the piano version.

Charles Oulmont, who performed this work at a soiree, reported in his memoirs that Ravel commented on his tempo, which was apparently too slow, with the sarcastic words: “Listen, my boy, next time remember that I wrote a ‘Pavane for a Dead Princess’, and not a ‘Dead Pavane for a Princess’”. So, at what tempo does a “dead princess” become a “dead pavane”? The tempo range of 54–80 bpm [beats per minute] covers a large latitude: Isn’t   ♩ = 54 already beyond the limits of the too-slow tempo and yet isn’t ♩ = 80 too fast for a solemn processional dance?

Ravel’s own recording on a piano roll, which he made in 1922 in London, is not very helpful in terms of the choice of tempo, as his basic tempo is not at all constant, but rather unstable, and this basic tempo can furthermore no longer be precisely reconstructed, so that the results are sometimes more than 10 bpm apart (from ♩ = 58 to  ♩ = 69, with a performance duration from 5 minutes 42 seconds to 4 minutes 52 seconds). So, even Ravel’s recording can offer only a rough guide.

There is currently no final solution to the question of at what tempo the Pavane “dies”. That’s why I’ve designed the Henle edition in such a way that everyone can decide for themselves how fast or slow to play it. What tempo do you feel is right for this composition?

Such a big question for my first music edition! Getting involved with this and so many other questions and projects this past year has been rewarding, for it is a good feeling to hold in your hands a finished edition whose music text you yourself have edited. Thank you, dear Henleans, for this lovely feeling and for the beautiful year with all of you!

P.S. So that the readers of our blogs can still more easily locate any posts, there is now an index at the left of the screen.

One Response to »At what tempo does Ravel’s Pavane “die”?«