Posted on September 14, 2015 by Annette Oppermann 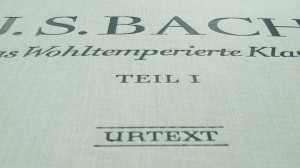 In our blog we have certainly already discussed the Urtext principle at length, and we can assume that it is familiar as such – but are you also acquainted with the Urcontext? This also plays a particularly large role at the Henle publishers (even if we don’t put it on the cover…).

In the concept of the Urtext edition we take into account not only the individual work, but also its (original) context. That is, in our editions we present in a volume not only as many of a composer’s works as possible for a certain scoring (so that then all the piano trios by Mendelssohn or the violin sonatas by Beethoven are in our catalogue), but we also consider the original context, the circumstances of the work’s composition or original publication: The familiar Fauré Fantaisie for flute and piano, for example, is published by Henle together with the relatively unfamiliar Morceau de lecture for the same scoring, composed jointly with the Fantaisie in the summer of 1898 for the annual Concours de flûte at the Paris Conservatoire. (With these, incidentally, all the works by Gabriel Fauré for flute and piano are presented at the same time – and it becomes clear, by the way, that this is an excerpt from his œuvre of pure commissioned compositions from his period at the Conservatoire.)

Our editions of Robert Schumann’s lieder give another example of our publishing his songs in their original keys and as he himself compiled them in his opera. Don’t you think then that this is logical? That may perhaps apply to the “large” cycles such as the Dichterliebe op. 48 or the Eichendorff Liederkreis op. 39, but just try sometime to find a current edition of the Zwölf Gedichte von Justinus Kerner op. 35! Over the course of the last hundred years these songs in particular have gotten scattered in the various volumes of large anthologies offering for practical usage Schumann’s lieder (as well as those by Franz Schubert or Hugo Wolf) and, in the process, not only transposing them, but sometimes even destroying the coherence of the original work(s).

The historically-informed reader may now argue that breaking up such cycles is though no problem, since these were never in fact completely heard all at once even in Schumann’s lifetime, but publicly performed were only individual lieder. At times, furthermore, Schumann himself was fond of copying this or that song from a cycle into another context or publishing it, even in so doing, transposing it – as, for example, the “Frühlingsnacht” from Opus 39 was transposed into G major which is simpler to manage on the piano (cf. the rendering of both versions in our Urtext edition HN 550). 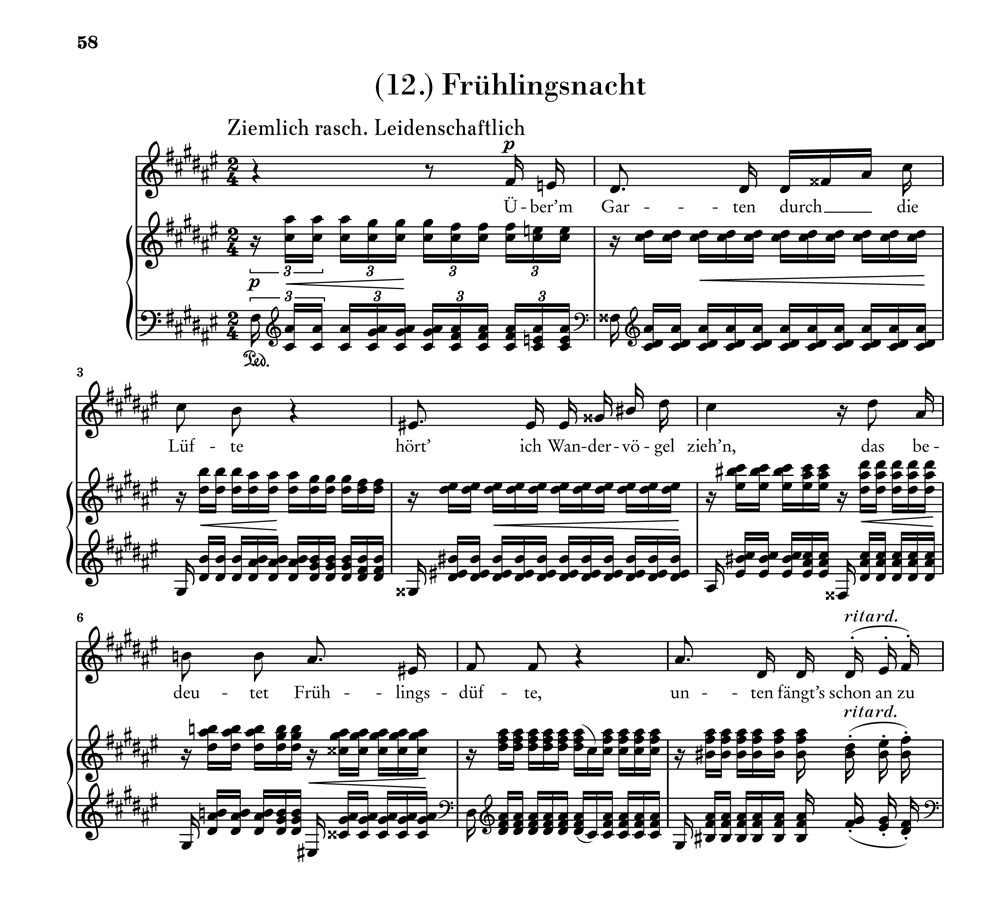 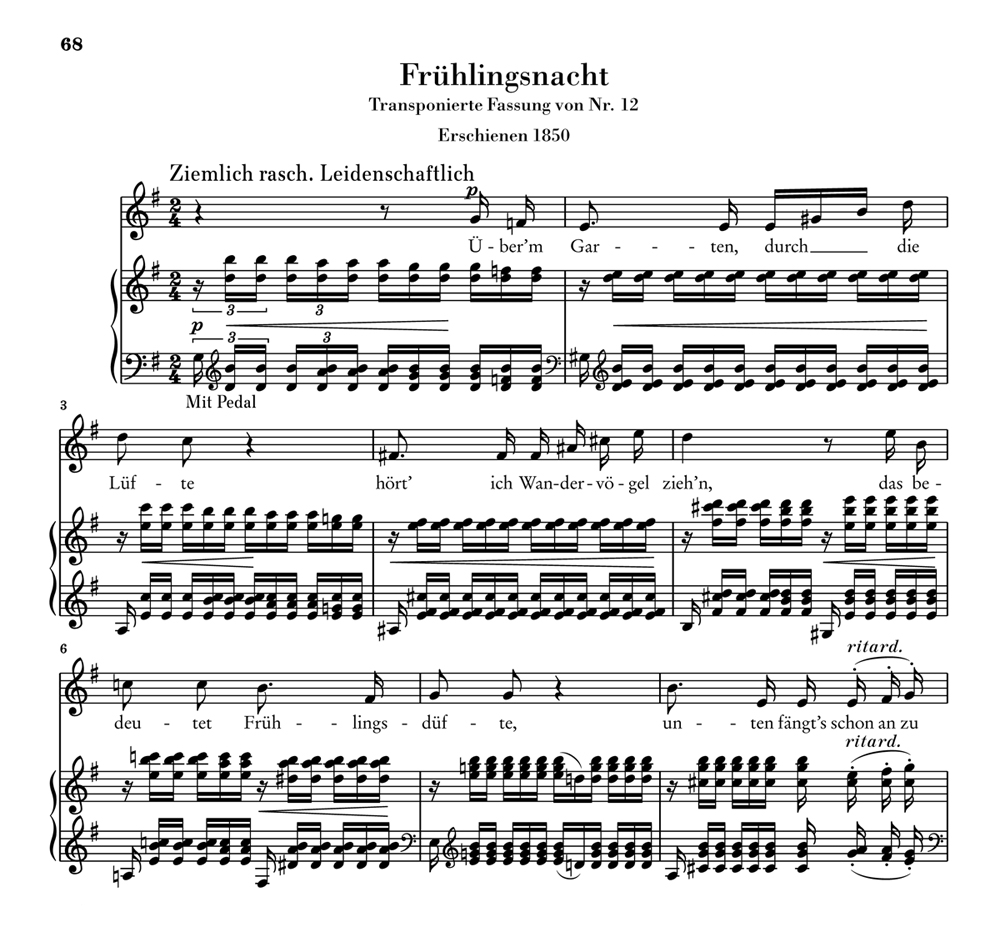 To this day there are also at least as many single recordings of “Mondnacht” from the same Eichendorff cycle as complete recordings of Opus 39. And finally: Isn’t the grouping of several lieder generally the fault of the publishers who didn’t want to produce any expensive single editions, but entire volumes instead? 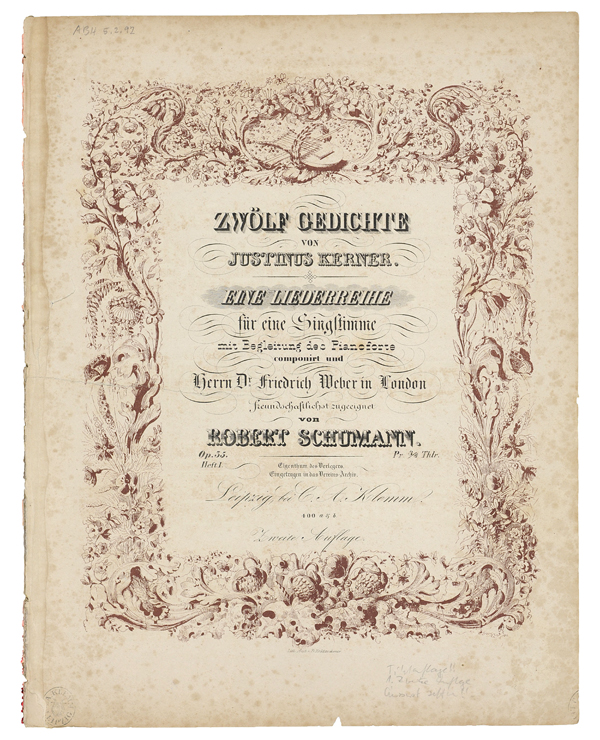 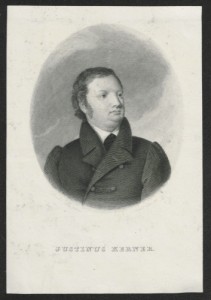 All this is quite correct – but misses the essential point of the “Urtext” question, which aims, in fact, at the composer’s creative intention. And this also concerns Schumann’s lieder cycles and exactly the organisation of the texts – which is also no great wonder in the case of a composer so cultivated and engaged in literature. It clearly follows from Schumann’s copies of texts and autographs of compositions that he refined at length the selection and ordering of the texts for a cycle. Thus, in November/December 1840 he set altogether 14 poems by Justinus Kerner whom he admired; these he repeatedly sorted and resorted, rejecting even again two lieder, before “a short cycle of Kerner poems” became the “Liederreihe nach Justinus Kerner” (Set of Lieder on Texts by Justinus Kerner) op. 35. Only in the last revision before publication did he still decide to transpose the first lied (“Lust der Sturmnacht”) from G major to E-flat major – resulting in this truly stormy start to the set of lieder being in a dominant-key relationship to the subsequent “Stirb, Lieb’ und Freud’”.

Such specific efforts by the composer towards the finished form of an opus are sufficient cause for us to edit the Kerner cycle in its original form – and hence to offer musicians for the first time a modern practical Urtext edition where the lieder can be studied in their Urcontext. Whether then musicians deliberately choose to perform just one of them or to do perhaps the entire cycle can happily be left up to them!

One Response to »Urtext and Urcontext«