Posted on November 23, 2015 by Norbert Müllemann 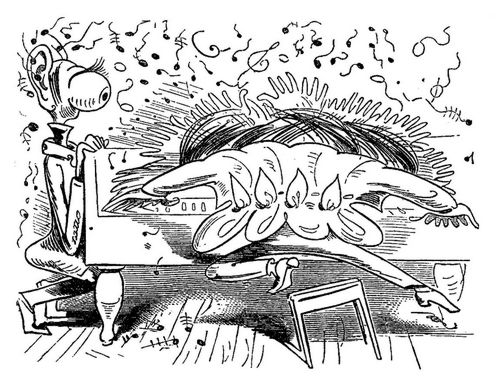 With barely concealed exasperation Clara Schumann writes on 25 May 1854 in her diary: “Liszt sent Robert today a sonata dedicated to him and several other things with a friendly letter to me. But the things are dreadful! Brahms played them for me, but they made me utterly wretched…. This is nothing but sheer racket – not a single healthy idea, everything confused, no longer a clear harmonic sequence to be detected there! And now I still have to thank him – it’s really awful.”

Astonishing – but what Clara Schumann is describing as “sheer racket” is in fact Liszt’s b-minor sonata. If the powerful outbursts and harmonic harshness might have been hard to tolerate for many a pianist and listener in the mid 19th century – today, the work even ranks as one of the pinnacles of piano music. It has also long been an important keystone in the catalogue of the G. Henle publishers, and this in the form of an Urtext edition as well as also a facsimile edition.

Both editions first appeared in 1973, on the occasion of the publishing house’s 25th anniversary year. At that time, no less a personage than Claudio Arrau could be gotten to add a preface to the facsimile.

But nothing is forever, not even in the Urtext world: It is now necessary, a good 40 years after the two anniversary editions, to bring these publications up to date. First of all, the facsimile was redone at the start of 2015. Many will question what then could be altered in a facsimile edition of an autograph source. Well, Liszt, after first notating his manuscript, not only revised and crossed-out in places, but even rejected entire passages, rewriting these on trimmed slips of music paper which he then pasted over the cancellations. The paste-overs have meantime been lifted – and in our new facsimile edition, we have had for the first time the opportunity to image what is located beneath the paste-overs. Arrau’s preface is also present, of course, in the new edition – but supplementing it is a scholarly introduction by the Liszt specialist Mária Eckhardt.

So, as already splendid as the old facsimile was, in the new reproduction we can see even more details. Advanced technology makes it possible. While preparing the edition, I myself was convinced of this when I compared its proofs with the original autograph in the New York Pierpont Morgan Library. Many a supposed staccato dot turned out to be merely flecks in the paper. The new facsimile is truly a must for any fan of the b-minor sonata.

The new findings in the facsimile edition were also handy for the new version of the Urtext edition, scheduled to appear in the G. Henle publishing house during the first half of 2016. There is furthermore a new source to consider, a “snapshot” taken from Liszt’s piano instruction. The composer went through the sonata with Árpád Szendy, one of his pupils. Szendy’s copy with the composer’s entries is extant and gives valuable performance advice at several important spots. Such as, for instance, the marking ppp in mm. 162, 164, 357, 359 as well as in m. 627 (pp is in another hand in m. 625), a darkening of the tone colour that is firmly rooted in the performance tradition, not least from the edition of another Liszt pupil, Emil von Sauer, who stipulates una corda for the relevant measures.

Our revised edition will document that important information from the Szendy copy and comment beyond this on many a problematic place in more detail than formerly. Cited in closing is only one famous issue from the reception history. Autograph and first edition record as the final sound of the enormous sonata a b dabbed in the low bass, as follows: 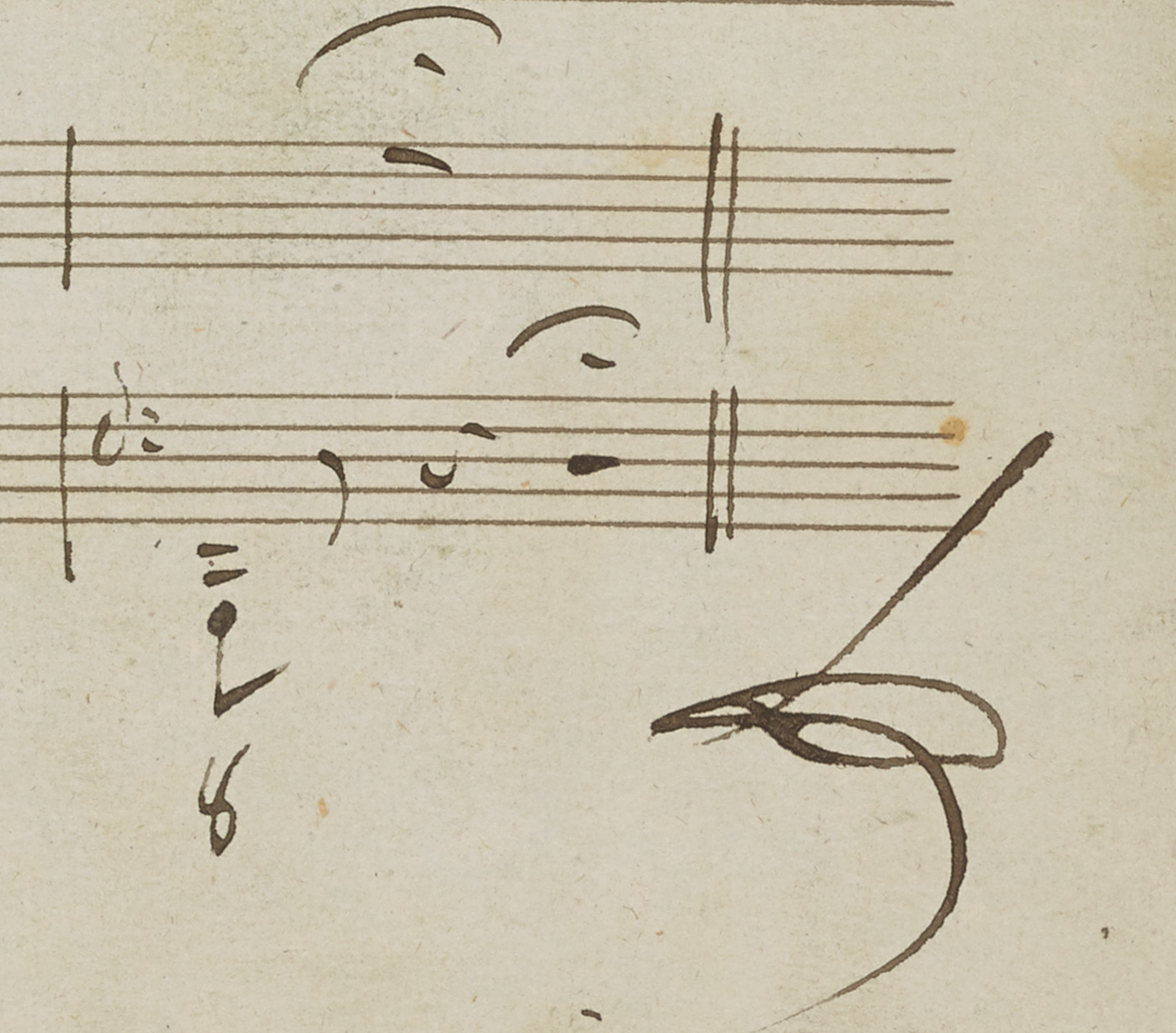 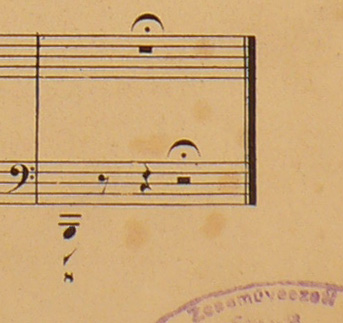 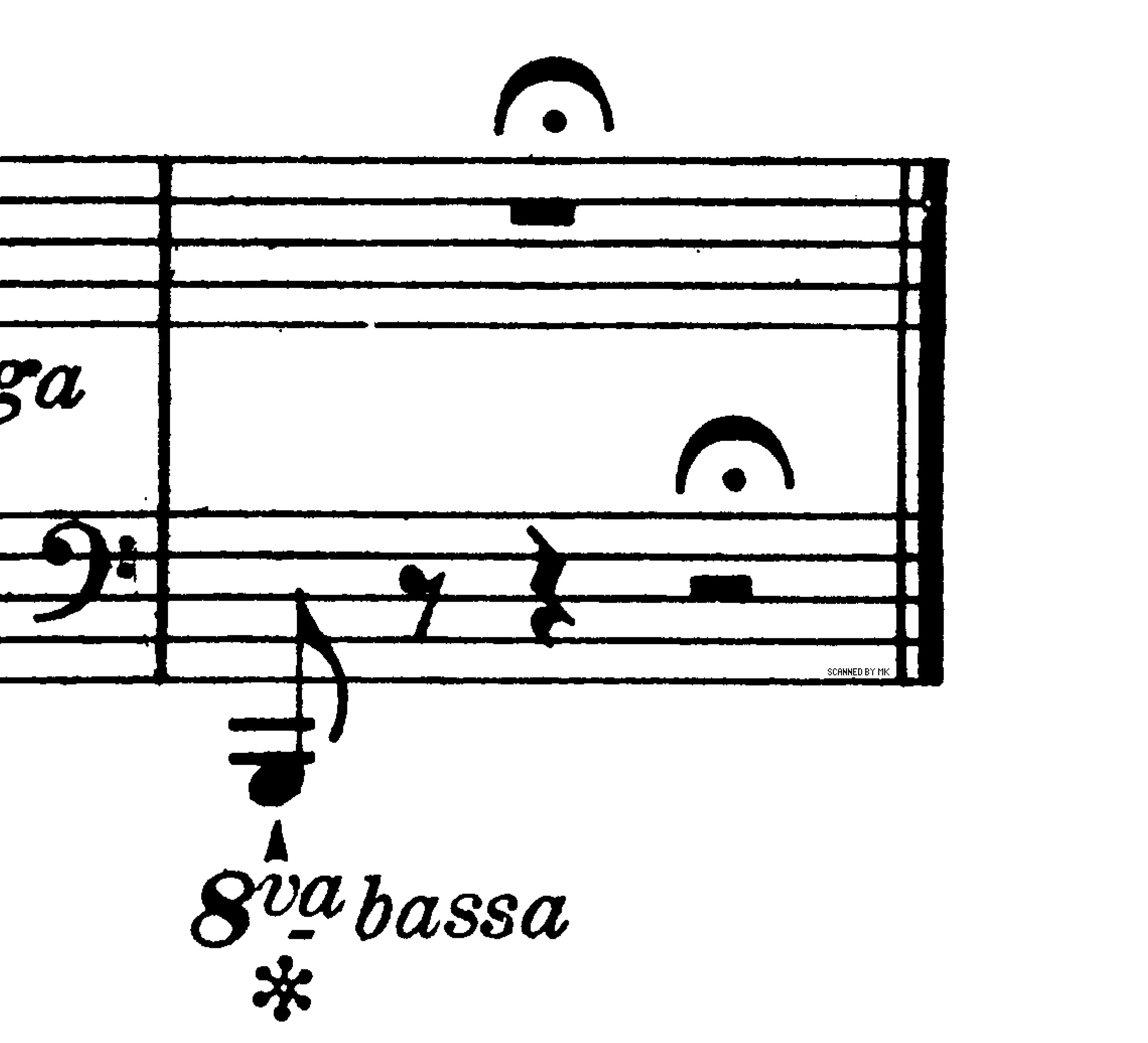 But just what did Liszt mean by the 8? If it is merely a directive to play the note an octave lower, shouldn’t sounding then be only the single note B2?  Or is con 8 meant, that is, the octave B2/B1 would accordingly be the work’s last sound? Emil von Sauer cited above sits on the fence and passes this certain amount of imprecision along to the interpreter:

We believe that Liszt had an octave in mind, see also m. 1: The sonata most certainly does not start with merely single notes.