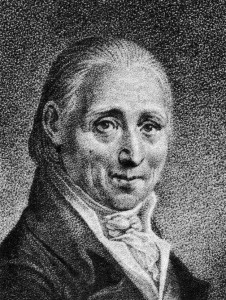 With our most recent Urtext edition of Johann Baptist Vanhal’s double bass concerto (HN 979), our series of the great classical double bass concertos is complete: For Vanhal’s concerto, just like those by Dittersdorf (HN 759) and Hoffmeister (HN 721), is written for the historic “Viennese double bass tuning” that towards the close of the 18th century first generally helped to bring this instrument to “soloist” status. A modern, practical edition of these works is always a special challenge, such as we’ve already made the topic of an earlier blog.

Tobias Glöckler, a musician and editor extremely experienced in practical as well as philological matters, was again willing to take on this task. In producing the Vanhal concerto, he now presents anew an edition optimally coordinating double bassists’ needs.

AO: Mr Glöckler, why do we actually need a new edition of this double bass “classic” by Vanhal?

TG: In competitions and auditions we are always astonished by the different variants in playing the Vanhal concerto. Apart from different keys there are, in particular, major differences in the octave registers of entire solo passages. And, as a matter of fact, the question of the “correct” octave register is for the double bassist not only of source-critical interest, but it also has a monumental impact on a passage’s degree of technical difficulty! The primary concern of our edition is therefore to give the musician security and orientation in this sensitive area.

What then is so problematic in the source about playing octaves?

Strictly speaking, only a few of the octave markings in the source are questionable. The main problem is that in many editions the original occurrence of octaves is simply missing. Occasionally added were even new octaves – not originally present at all. Contributing to the confusion is, furthermore, a characteristic notation typical of the time: Whole passages whose true sound is two octaves lower are notated in the source transposed into the high treble clef. This clef, today partly no longer in use, was also “translated” into wrong octave registers.

The concerto is, indeed, extant only in a single source, from the estate of the double-bass virtuoso, Johannes Sperger (Schwerin, Landesbibliothek Mecklenburg-Vorpommern). Did he also have his finger in the pie?

The Vanhal concerto comes down to us in a copy of the parts by an unknown, supposedly Viennese copyist, probably going back to the composer’s autograph of the score, now lost. Extensive handwriting comparison done while preparing the new Henle edition revealed that in the first two movements probably all (!) octave occurrences come from the copyist mentioned and are hence authentic. Here, these could be of the greatest consequence for musical practice. Differing from the source was, for instance, the following passage, often played up to now an octave lower (from the treble clef, m. 93):

The theme of the IInd movement in the source is also notated an octave higher than printed in many editions:

Only in the IIIrd movement do we find octave markings added in Sperger’s hand, as comparison with the notation of his own handwritten cadenza shows. In addition, entries by at least one other, unknown writer are present. In editing, these further additions involve differentiated solutions:

Section from the double bass part, mvt. III, mm. 91 ff., with 8va/loco added by Sperger in mm. 92f.: Musically not mandatory, but logical, formally (cf. mm. 232f.). The later addition was adopted as an option in the edition.

Section from the double bass part, mvt. III, mm. 37ff., with 8va/loco added in mm. 39–44 in an unknown hand: Musically questionable, since the melodic voice-leading was destroyed in mm. 43-44 (unlike in the motive repeated in mm. 47f.). Furthermore, the parallel spot (mm. 171ff.) is likewise without octaves. This later addition was not adopted in the edition.

Frequently in your Vanhal edition you have not adjusted parallel spots; also, differing articulation in parallel parts was not unified. Can we also overdo being faithful to the sources?

I think so. For me this would perhaps be the case if, regardless of the musical context, inaccuracies and mistakes in the source (culminating in recognizable errors) find their way into the music text. I’m convinced that it is completely different in the case of articulation at parallel spots. Here, subtle differences mirror the articulation diversity typical of the time. The 3rd measure of the theme in the first movement already shows an astounding wealth of playful variants! 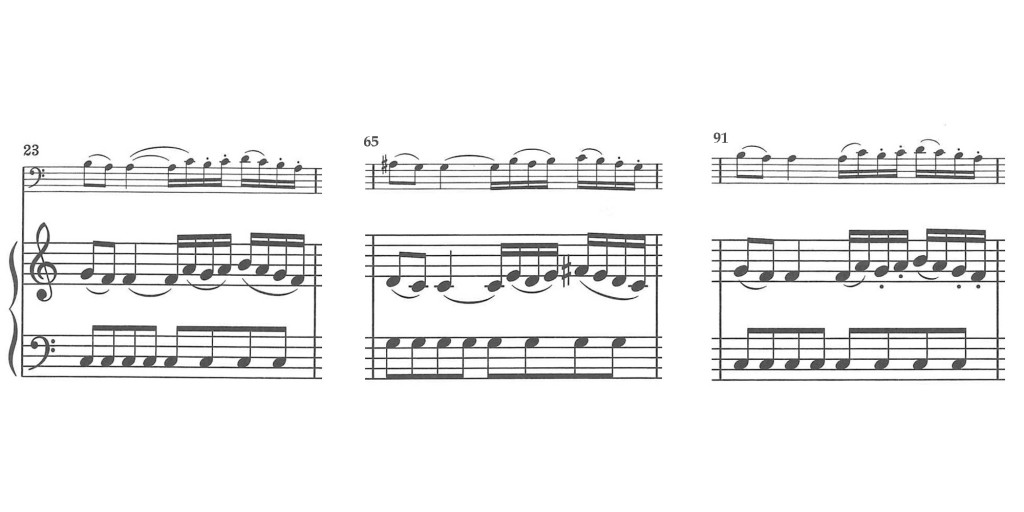 What a loss of vibrancy and esprit there would be if these details alone were “harmonized?” And which variants would then be “correct?” (See also our previous blog dealing with the topic of parallel passages.)

The reason for this is the already mentioned notation of the large portion of the solo part transposed into the high treble clef. In the piano score this notation can be retained without problem. In order to make the double bass part readable at all for contemporary usage, the “old” treble clef would have to be transferred to today’s understanding of the music clef with clearly defined octave registers.

In the editions of the concertos by Dittersdorf and Hoffmeister, you have to some extent put together an “all-around, worry-free” package with various parts for all possible double bass tunings and performance situations. Wouldn’t again in the case of Vanhal the double bassists also benefit from this concept?

Yes, certainly! Next to transparency and source reliability, the publication has in particular one focus: The edition ought to be flexibly playable with the various double bass tunings. Therefore, the piano score would have to be printed twice in the tried and tested manner, since, for example, the solo tuning calls for an accompaniment transposed up a tone.

Added as a further challenge in the Vanhal concerto is the fact that the work is traditionally played in two keys: effectively, C or D major.

The follow overview shows the various playing options of the new Vanhal edition.

Table of performance options from HN 979

We should also still mention while on the “all-around, worry-free” subject, that for the Vanhal concerto (as already for Dittersdorf and Hoffmeister), the score and orchestral parts are published in collaboration with the renowned Breitkopf & Härtel publishing house. So, the double bass soloist can also rely on a totally matching package, culminating in the rehearsal letters for performances with orchestra.

Extant together with the copied parts in the Sperger estate are also manuscript cadenzas for all three movements. As contemporaneous documents, we include these in our edition (as already in the Dittersdorf case) – nevertheless, you also offer your own cadenza. What is your point here, musically?

Sperger’s autograph cadenzas for mvts. I and II.

I have approached the topic of cadenzas rather unintentionally. Since as a musician I have not really warmed to either the Sperger cadenza or the frequently played cadenzas by H. K. Gruber, or to those by H. Schneikart, I eventually decided to write my own cadenzas. In the process it was especially important to me to stay stylistically, motivically and harmonically within the given classical framework. At the same time, I wanted to exploit all the possibilities of soloistic double bass music of that time, such as virtuosic runs, frequent double stops, arpeggios, harmonics and bariolage. The original idea of a cadenza – that is: to assert the virtuosity of the soloist appropriately – ought in no way to fall short of today’s auditions….

In closing, a personal question: Dittersdorf, Hoffmeister or Vanhal – which of the three “Viennese” do you most prefer to play?

Each concerto definitely has its very own appeal – I would certainly not like to commit myself there. Perhaps your question is best answered by: With the passage of time, fate was not at all kind to double bassists — just think of the lost double bass concerto by Joseph Haydn — I as musician am simply happy that we do have all three concertos! History could have gone otherwise….