It isn’t only with the European Football Championship 2016 that France is the focus of attention (alas, it wasn’t quite enough last night to win the title) – numerous new Urtext editions of French composers are just about to come out in the Henle publishing house. 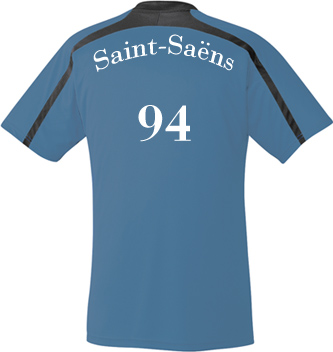 Wind players for whom French music is well known to offer so much of beauty are also not being neglected: hornists must be looking forward to the forthcoming new edition of the concerto literature’s “war horse”, namely Saint-Saëns’ Morceau de Concert in f minor op. 94 (HN 1284).

As so often, examining the Morceau de Concerto’s autograph sources and comparing its two original versions (i.e., with piano or orchestra accompaniment) reveal interesting details. Here, this doesn’t in fact overthrow the traditional music texts of over a century, but besides clarifying numerous articulation markings, two differing notes in the solo part could nevertheless be detected.

In measure 34 the final note in the orchestra version is f (sounding pitch): 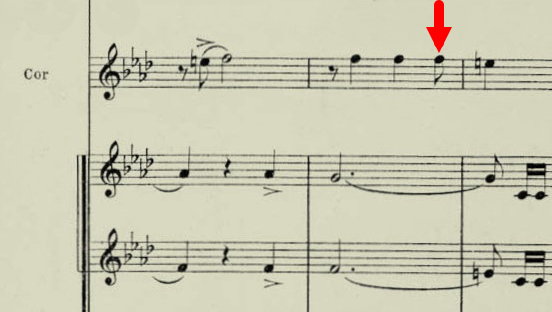 …instead of g as in the piano version:

In measure 58 the final note in the orchestra version is a flat: 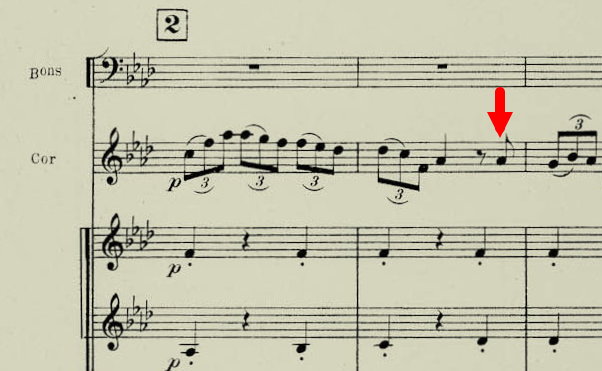 …instead of f as in the piano version:

It’s hard to say here which is “wrong” or “right”. From a musical standpoint both solutions are possible, though the a flat of the second example better matches the theme – cf., for instance, the final note in measure 6:

Also on philological grounds priority can’t clearly be given to the effect of one or the other version. Basically, Saint-Saëns composed the two versions of the Morceau de Concert simultaneously: the autograph of the piano score bears the date October 1887, and in his manuscript of the orchestra version Saint-Saëns recorded 2 November 1887 as its completion. Perhaps in writing down the orchestra score he notated the horn part “from memory”, instead of copying it 1:1 from the already existing piano score. If he deliberately changed the two notes in the score, then he would certainly have corrected them later in the piano version (this actually happened in other cases).

Several years later with the appearance of the first editions of both versions, these divergences were also not eliminated by the composer, the prints reproducing exactly the versions of the respective manuscripts. Even reprints in Saint-Saëns’ lifetime were not utilized to standardize or correct this.

So, we’ve chosen the following solution in our edition: we’re giving the music text of the piano version (certainly the variant better known among hornists), but immediately noting in a footnote the alternative solution from the orchestra version: 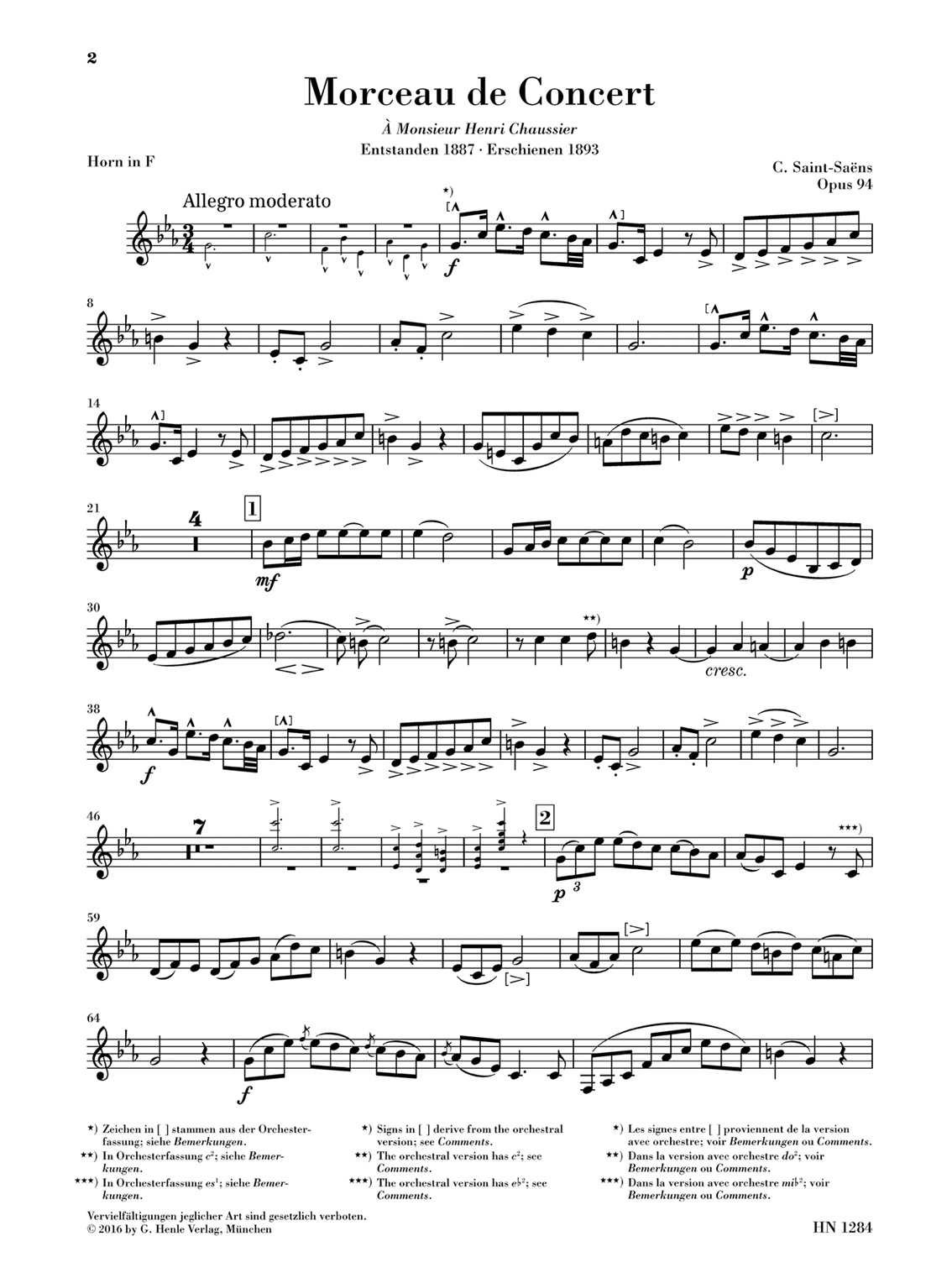 We also, incidentally, refer in similar form to other small variants, for instance, the accents in mm. 5/6 found only in the orchestra version. This way, with our single part, hornists are well prepared for all eventualities and can play their part with orchestra accompaniment without having to worry about discussing it with conductors (“but my part is different from yours….”).

And if you find reasons for or against one of the versions mentioned – then please write a comment!