Posted on October 3, 2016 by Norbert Gertsch

Our “Henle Library” app has now been available to musicians around the world for nearly eight months and so it’s time to take stock of what has happened and to give you an insight into what will happen in the near future.

Much to our delight we received an enormous response to our second digital baby (our first-born arrived 16 years ago – Beethoven’s correspondence on CD-ROM) and it was overwhelmingly positive! Amongst other things, people praised the quality of the presentation of the scores, its intuitive use and in particular the possibility – only open to digital products – of selecting different fingerings or even switching them off completely.

Some Android users were disappointed that we did not release an Android version at the same time as the iPad version. But your wish was our command – so on 17 July we released the “Henle Library” app in the Google Play Store.

The Android version is no different to the one for iPad as far as appearance and functionality are concerned, even if we had to adapt the user interface to the requirements of the different operating system: 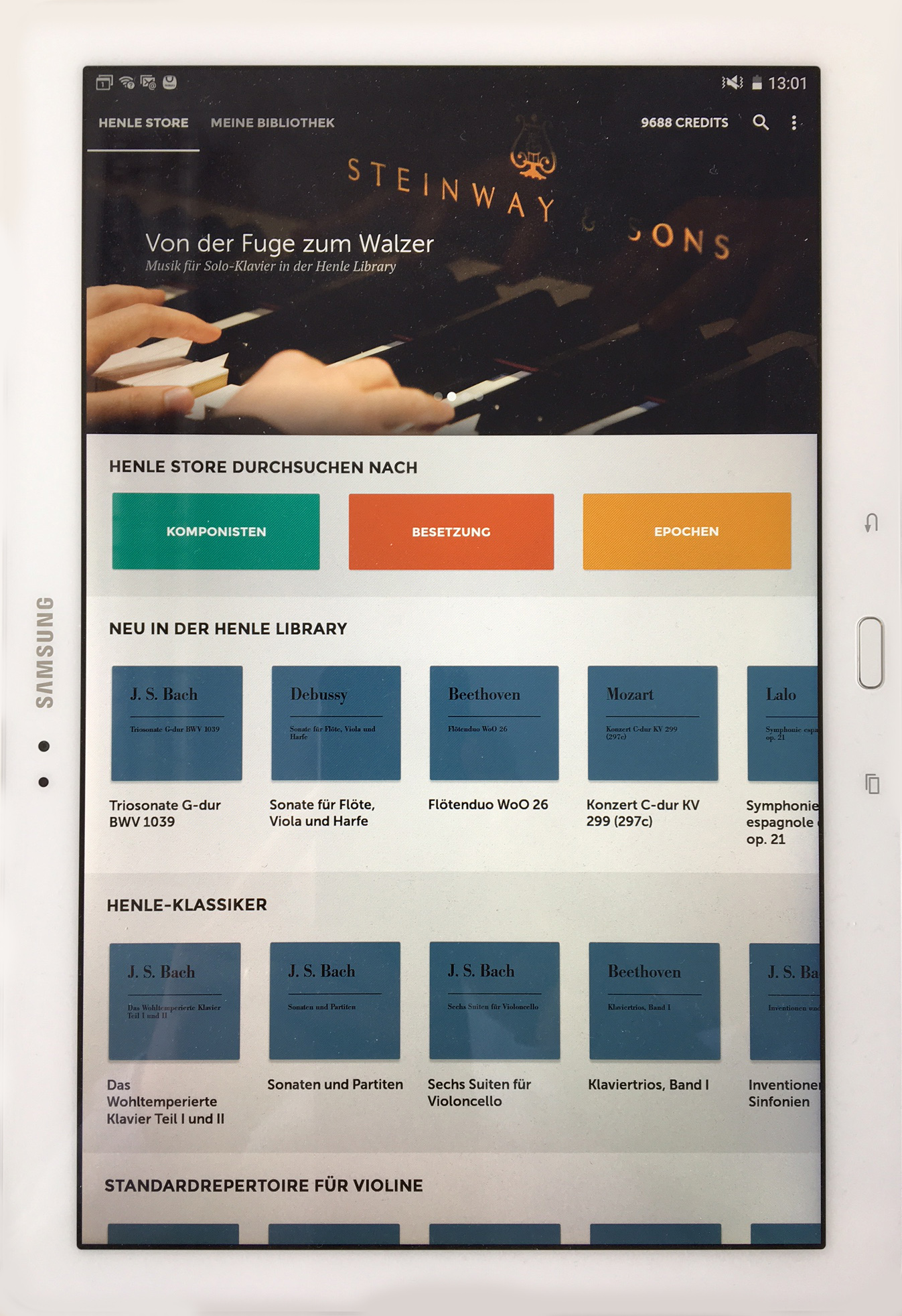 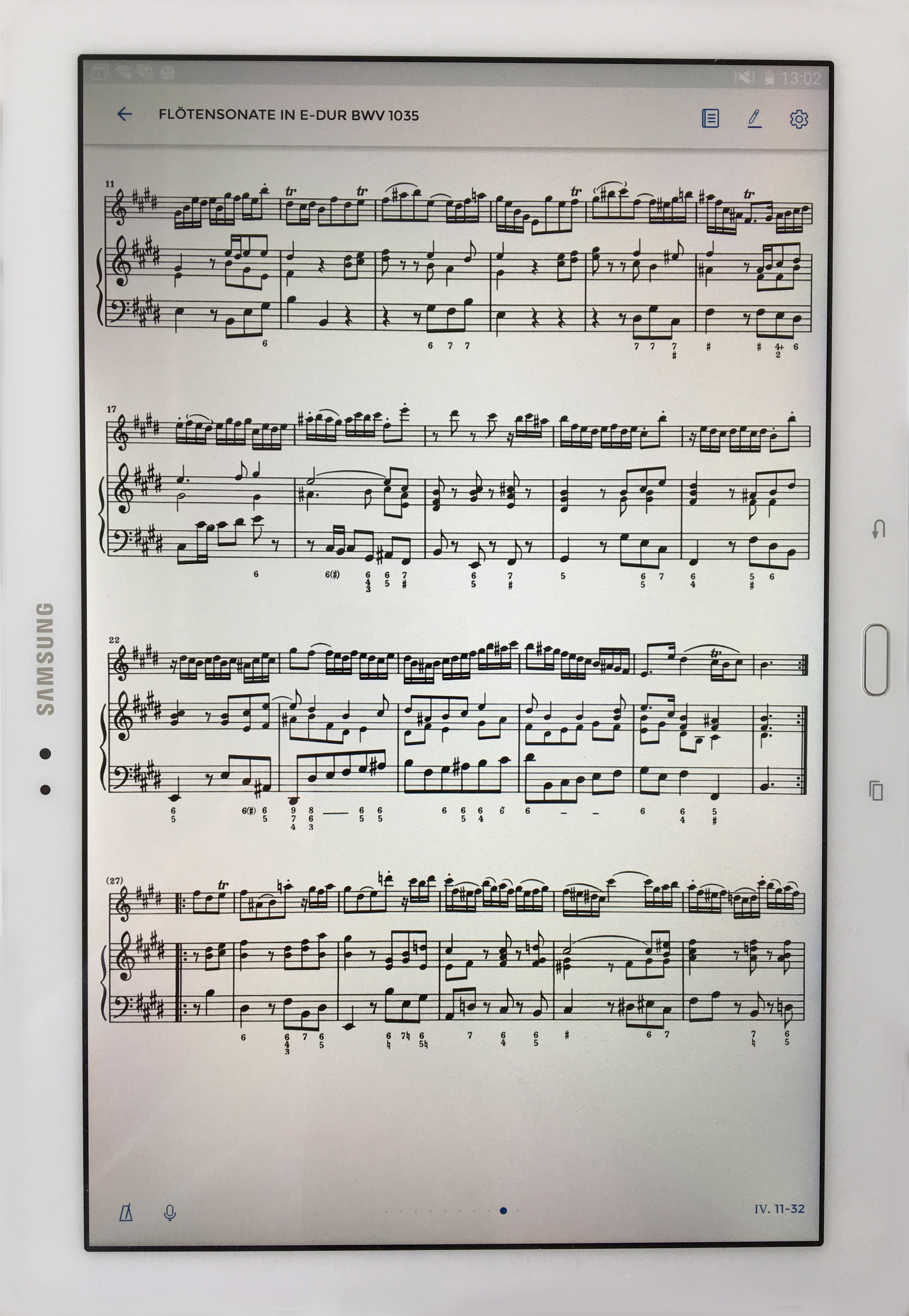 As important as it was to be able to offer the app on the two most widely available platforms, it was also of the utmost importance to be able to fill it with content. And you remind us of this, dear musicians, on an almost daily basis at the moment. We’re very happy to receive your many suggestions, which are regularly brought to our attention. In my previous blog entries I have given you an insight into the time-consuming process of preparing the editions. But we’re making progress! In February we launched the app with 26 Urtext editions, today over 100 editions are available in the app (this does actually mean over 1.000 individual parts and scores!). Last week, for example, we were able to announce that all of the flute titles in the Henle catalogue are now available in the app. The piano works of J. S. Bach, Beethoven’s late string quartets, several more editions of works by Chopin, Haydn’s piano sonatas, Debussy’s piano works, violin sonatas, violin concertos etc. etc. are to follow. We would like to be able to offer you all of the works in our catalogue by 2018. In addition, as of next year we expect to publish all of our new editions simultaneously in print and digital form.

I already mentioned that this truly digital feature is extremely popular. When the app was launched, we already had quite a number on offer, for example Christian Tetzlaff’s fingerings and bowings for the Solo Sonatas and Partitas by J. S. Bach, available exclusively in the “Henle Library” app. Or Nils Mönkemeyer’s fingerings and bowings for Johannes Brahms’ viola sonatas and David Geringas’ contribution to the composer’s cello sonatas, again in both cases to be found nowhere else.

We will also publish more historical fingerings, such as those of Henryk Szeryng or Wanda Landowska (from their estates) or of Béla Bartók from older printed editions.

But don’t worry: if you have already bought a work and we add new fingerings at a later date, you’ll receive them free of charge in the form of an update for your tablet! 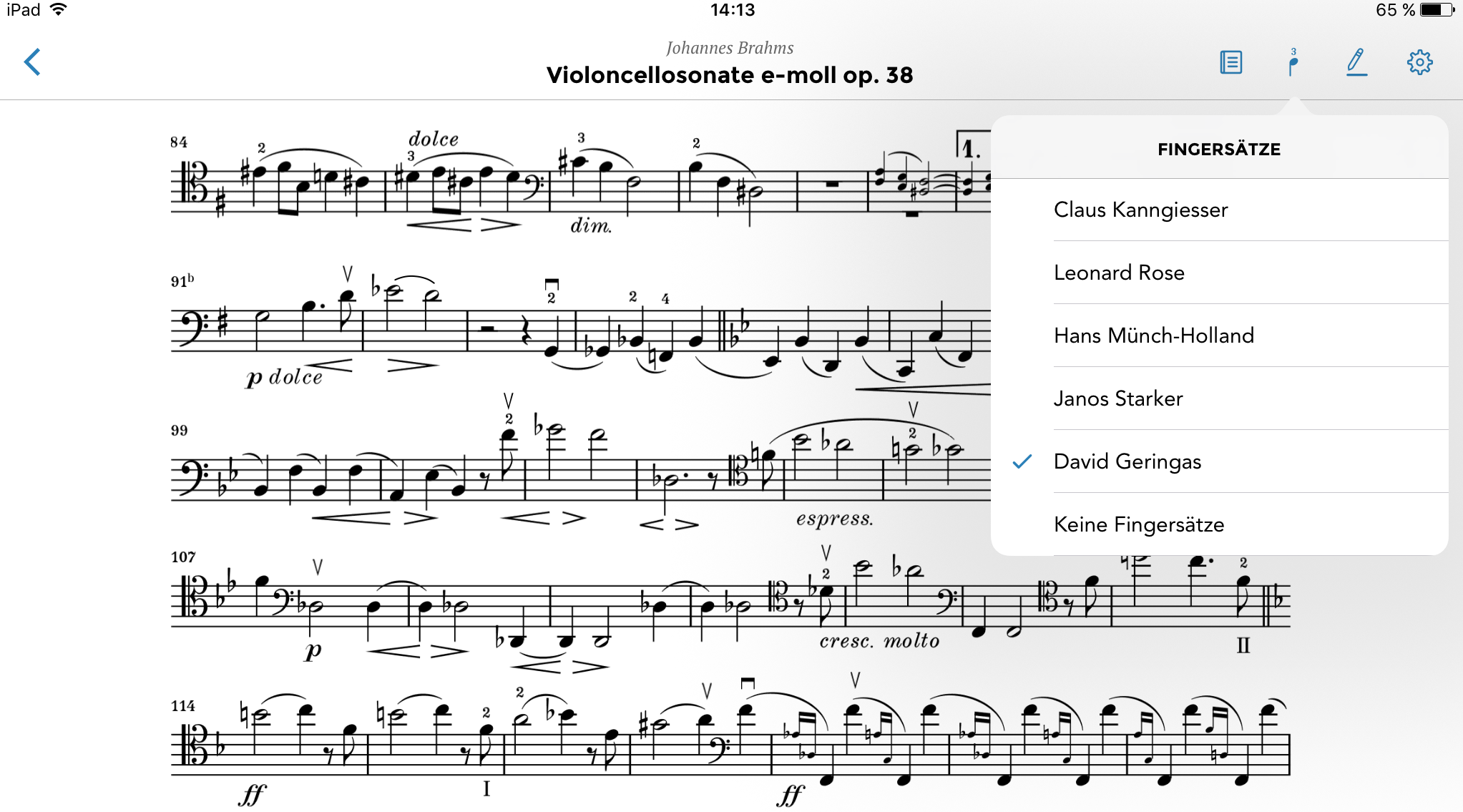 We have already produced two updates of the app for iPad – and we will continue to do so at regular intervals. In so doing we are making use of the enormous advantages of digital products, on the one hand being able to introduce new functionality and on the other being able to improve existing features (or to deal with any teething problems). A further update for Android has been published so that both versions are on the same level (iOS 1.3, Android 1.1). In this early phase of the project, we have first and foremost concentrated on improving existing features. So in general we have optimised the speed with which the app works when your library shows a lot of scores. We have also improved (and corrected) the order in the library and reduced the zoom factor of the music when in writing mode, so that more of the music can be seen. We have also eradicated the teething problems with the pedal. Also, you are now able to move back and forth between the different pieces in a Henle edition without having to return to the library to select each individual piece again. And you can now also view all of the audio recordings in the app in a separate list.

We have also produced a new language version of our app: alongside English, German and Chinese, it is now also available in Japanese: 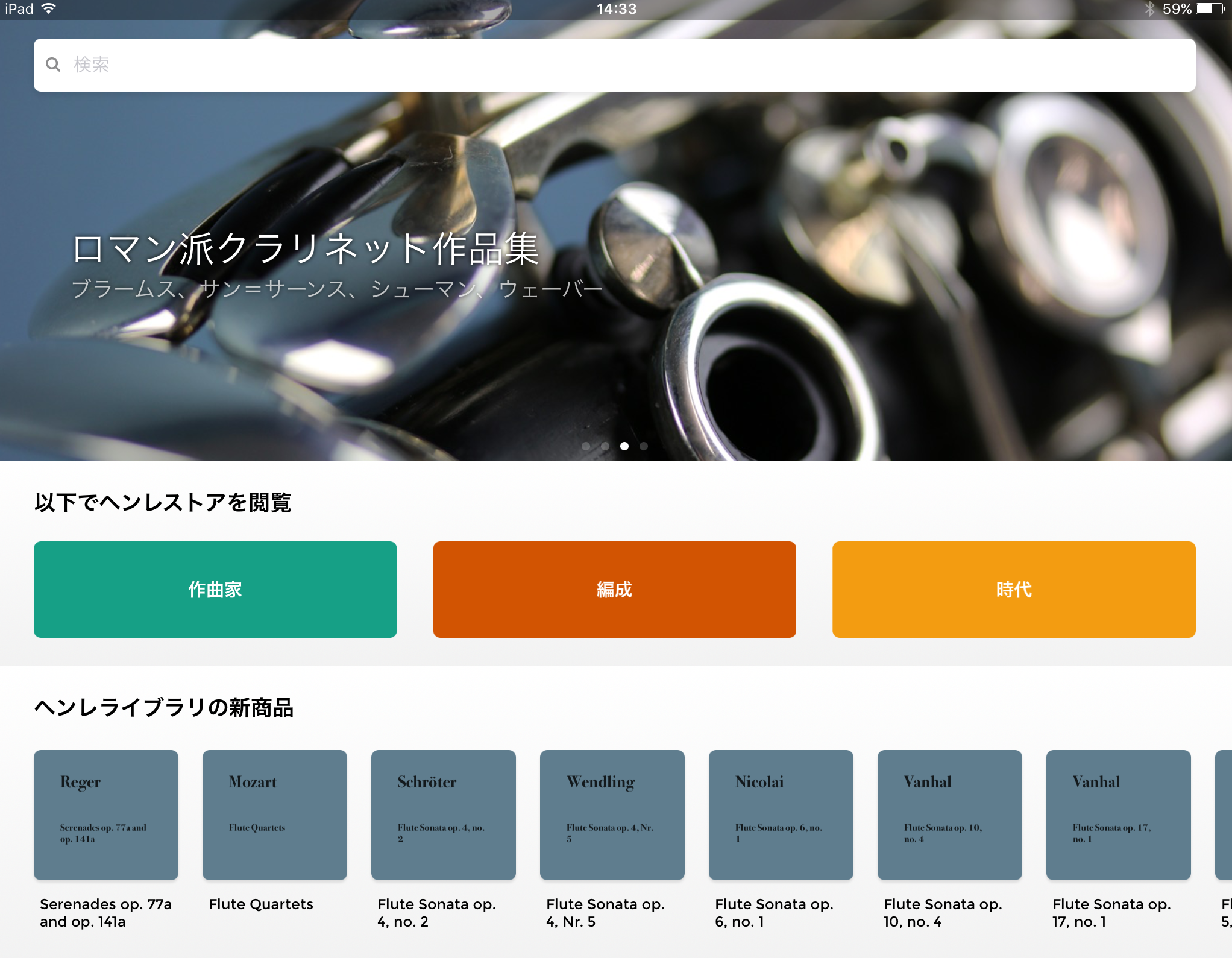 We now have a long wish list for the up-coming updates, either points that we would like to cover but also ones that you have also kindly supplied. Here is a small selection, subject to change, that will be addressed in the next updates:

Dear musicians, we look forward to continuing to receive your intensive feedback on our app and to hearing what you want. Do let us know what we can do for you: http://www.henle-library.de/en/contact.html

One Response to »The “Henle Library” app – looking back, looking forwards«